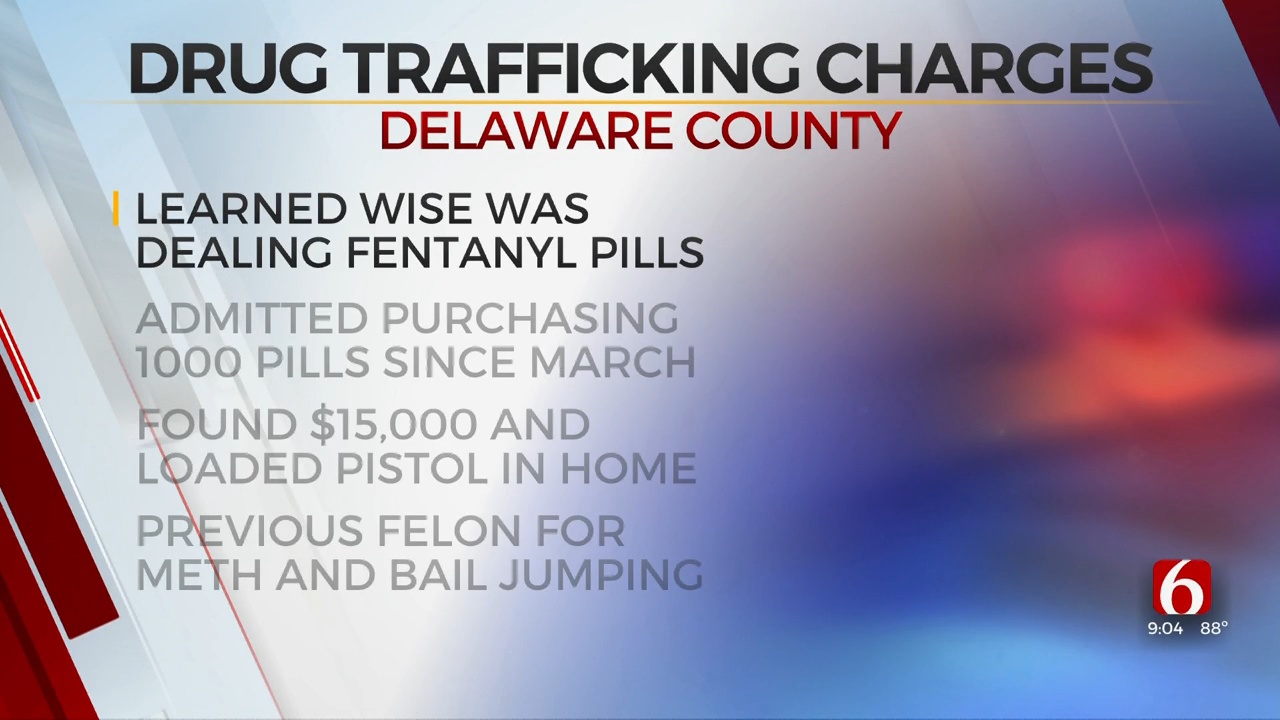 A woman was arrested and accused of trafficking fentanyl after investigators say she admitted to buying hundreds of the pills to sell.

In late May, the Delaware County District Attorney's Officer learned Julie Wise was dealing large amounts of pills from her home in Grove.

Investigators say Wise admitted she had 200 pills on her and had bought about 1,000 to sell since March.

They say investigators searched her home and found more than $15,000 and a loaded pistol.

Wise is a convicted felon for having meth and bail jumping.