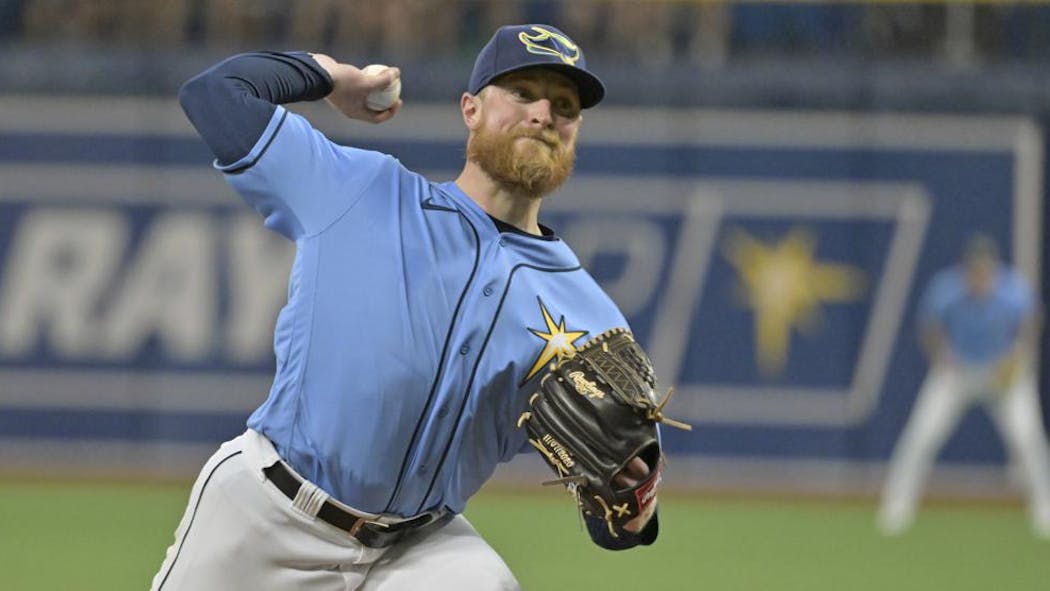 Drew Rasmussen took a perfect game into the ninth inning, and the Tampa Bay Rays expanded their lead over Baltimore for the final AL wild card to 1 1/2 games with a 4-1 victory over the Orioles on Sunday.

Rasmussen allowed his first baserunner when Jorge Mateo doubled down the left-field line on the first pitch of the ninth. Mateo, who went 5 for 5 on Friday night, later scored on a Rasmussen wild pitch.

The right-hander struck out seven in the longest outing of his career. He threw 62 of 87 pitches for strikes.

Jason Adam got two outs for his sixth save, finishing a one-hitter.

Rasmussen (7-4) struck out Rougned Odor on a 2-2 pitch to end an eight-pitch at-bat for the second out in the eighth.

Baltimore’s Adley Rutschman flew out to the warning track in center in the first. Former Ray Brett Phillips had a hard drive buzz Rasmussen with two outs in the sixth, but shortstop Taylor Walls fielded the ball and threw to first for the out.

Rasmussen was coming off three no-hit innings in his previous start Aug, 7 at Detroit, an abbreviated outing to manage his workload for the season. His longest career start had been seven innings, coming June 4 against the Chicago White Sox.

There hasn’t been a perfect game in the majors since Seattle’s Felix Hernandez accomplished the feat at home against the Rays on Aug. 15, 2012.

Tampa Bay has never thrown a perfect game. Matt Garza has only Rays no-hitter, coming on July 26, 2010, at Tropicana Field against Detroit.

Randy Arozarena hit a three-run homer off Jordan Lyles (9-9) with two out in the third. Arozarena has 15 homers and 38 RBIs in 37 games against Baltimore. It was his second home run in 10 at-bats off Lyles.

Lyles was charged with four runs and five hits in 4 1/3 innings. He had won his last three starts.

David Peralta hit an RBI single in the fifth off Joey Krehbiel, who replaced Lyles with two on.

Orioles: 1B Ryan Mountcastle rested. He is day to day after he was hit on his left hand by a pitch on Saturday. ... RHP Tyler Wells (lower left side discomfort) has started a throwing program. ... LHP Alexander Wells (left elbow inflammation) had his rehab assignment moved from the FCL Orioles to Double-A Bowie.

Rays: SS Wander Franco (right hamate bone) said he will join Triple-A Durham to start a rehab assignment Tuesday. ... 2B Brandon Lowe (shoulder) was out of the lineup for the second consecutive day.

Rays: LHP Ryan Yarbrough (0-7) will start or follow an opener against the New York Yankees on Monday night. RHP Gerrit Cole (9-4) will start for the AL East-leading Yankees.