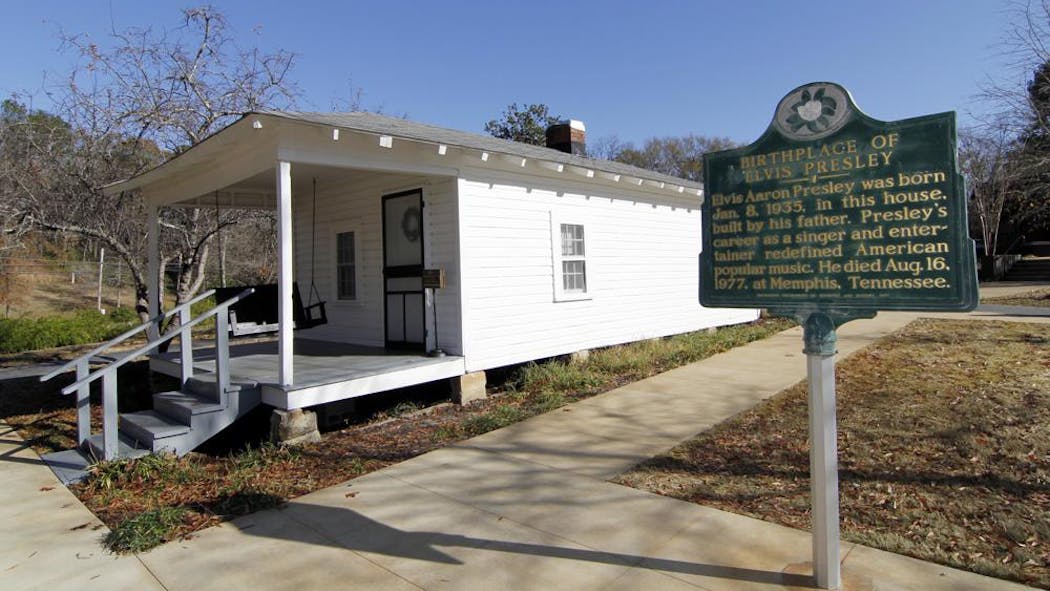 The Elvis Presley Birthplace and Museum in Tupelo, Mississippi, has welcomed an increasing number of visitors as fans commemorate the 45th anniversary of Presley’s death and a new movie reawakens international interest in the singer.

The Northeast Mississippi Daily Journal reported Turner’s biggest challenge is getting visitors to return to Tupelo’s top attraction amid the COVID-19 pandemic. The Birthplace has seen more visitors this year than in the past two.

The Baz Luhrmann-directed “Elvis” movie has been a global hit. With international tourists typically making up 60% of Birthplace visitors, the movie about the king of rock ’n’ roll couldn’t have been released at a better time.

It was only last November that a busload of visitors became the first international tour group at the site since January 2020.

“They’re coming from all over the world,” Turner said.

He said about 20 people from Belgium visited the Birthplace on Aug. 9, spending most of the day there. About 35 bus tours were expected in just over two weeks. Turner said those numbers are approaching pre-COVID levels.

Before the pandemic, the Birthplace saw about 60,000 visitors a year.

Presley died Aug. 16, 1977, at his Graceland mansion in Memphis, Tennessee — about 94 miles (151 kilometers) from the Birthplace. Turner said tourism at the Birthplace typically increases “in those five-year increments” of the anniversary of the death.

“We’ve seen a lot of young people show an interest in Elvis,” he said. “Another interesting thing is that there are more African American visitors as well, because the movie told more of Elvis’ connection to the African American community.”