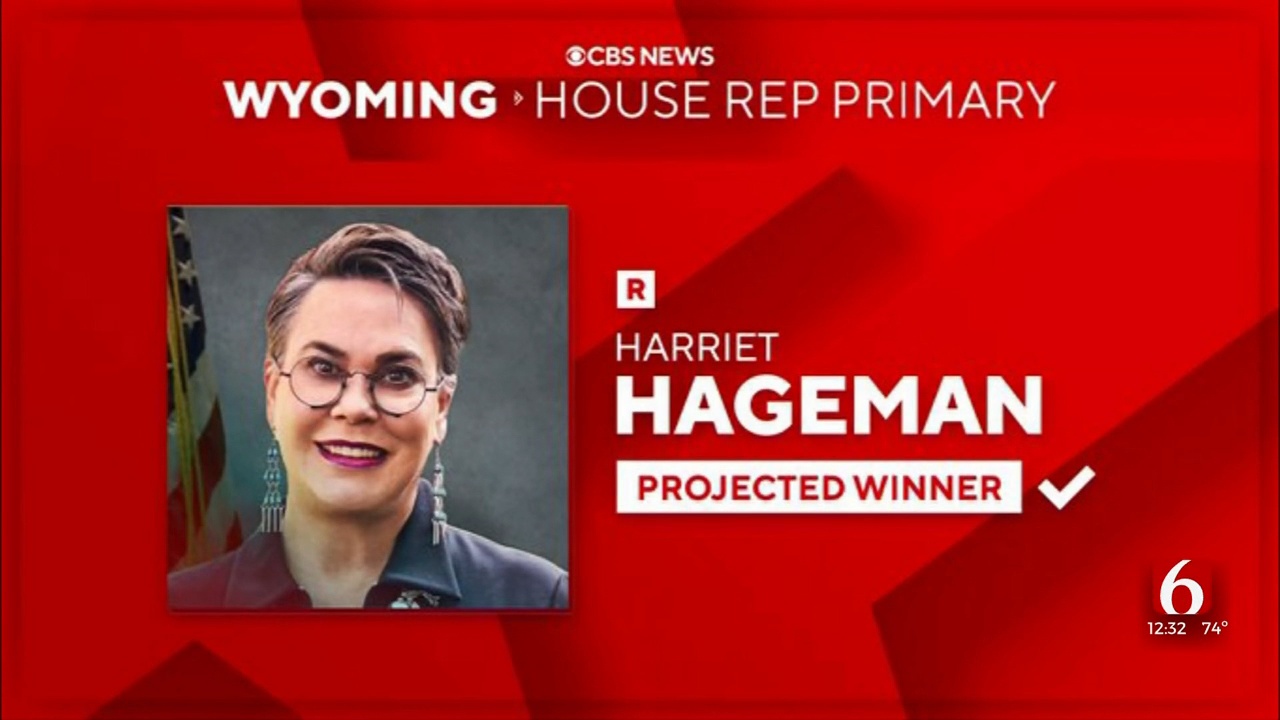 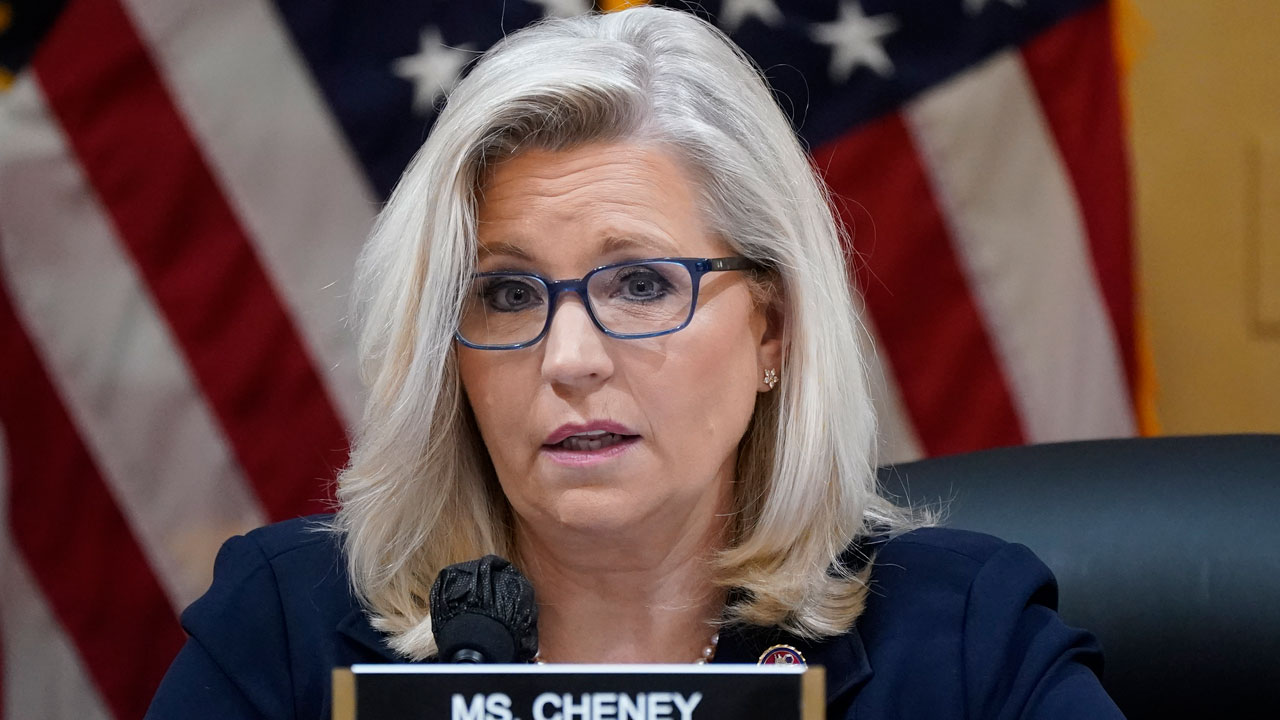 Wyoming Rep. Liz Cheney, Donald Trump’s fiercest Republican adversary in Congress, was defeated in a GOP primary Tuesday, falling to a rival backed by the former president in a contest that reinforced his grip on the party’s base.

The third-term congresswoman and her allies entered the day downbeat about her prospects, aware that Trump’s backing gave Harriet Hageman considerable lift in the state where he won by the largest margin during the 2020 campaign. Cheney was already looking ahead to a political future beyond Capitol Hill that could include a 2024 presidential run, potentially putting her on another collision course with Trump.

Still, the results were a powerful reminder of the GOP’s rapid shift to the right. A party once dominated by national security-oriented, business-friendly conservatives like Cheney’s father, former Vice President Dick Cheney, now belongs to Trump, animated by his populist appeal and, above all, his denial of defeat in the 2020 election.

Those lies, which have been roundly rejected by federal and state election officials along with Trump’s own attorney general and judges he appointed, transformed Cheney from an occasional critic of the former president to the clearest voice inside the GOP warning that he represents a threat to democratic norms.

“We’re facing a moment where our democracy really is under attack and under threat,” Cheney told CBS News earlier Tuesday. “And those of us across the board — Republicans, Democrats and independents who believe deeply in freedom and who care about the Constitution and the future of the country — have an obligation to put that above party.”

The 56-year-old Republican delivered a similar message in her concession speech later in the night, emphasizing her plans to maintain an active presence in national politics.

She described Tuesday’s outcome as “the first step in a much larger fight” and said, “Our work is far from over.”

Cheney’s defeat would have been unthinkable just two years ago. The daughter of a former vice president, she hails from one of the most prominent political families in Wyoming. And in Washington, she was the No. 3 House Republican, an influential voice in GOP politics and policy with a sterling conservative voting record.

But after the Jan. 6, 2021, attack on the U.S. Capitol by a mob of Trump supporters, Cheney voted to impeach Trump and made it her primary mission to ensure he never again serves in the Oval Office. She pushed past GOP censures and death threats to serve as a leader on the congressional panel investigating Trump’s role in the insurrection.

Cheney will now be forced from Congress at the end of her third and final term in January. She is not expected to leave Capitol Hill quietly.

She will continue in her leadership role on the congressional panel investigating the Jan. 6 attack until it dissolves at the end of the year. And she is actively considering a 2024 White House bid -- as a Republican or independent -- having vowed to do everything in her power to fight Trump’s influence in her party.

So far, it is a one-sided fight.

Tuesday’s primary contests in Wyoming and, to a lesser extent, Alaska demonstrated the enduring strength of Trump and his brand of hard-line politics ahead of the November midterm elections. So far, the former president has helped install loyalists who parrot his conspiracy theories in general election matchups from Pennsylvania to Arizona. Echoing Trump, Hageman, a ranching industry attorney, falsely claimed the 2020 election was “rigged.”

In Alaska, another Trump ally, former Gov. Sarah Palin, hoped to step into the national spotlight Tuesday as well.

The 2008 vice presidential nominee was actually on the ballot twice: once in a special election to complete former Rep. Don Young’s term and another for a full two-year House term starting in January.

On the other side of the GOP’s tent, a periodic Trump critic, U.S. Sen. Lisa Murkowski, had an opportunity to survive the former president’s ire, even after voting to convict him in his second impeachment trial. The top four Senate candidates in Alaska, regardless of party, will advance to the November general election, where voters will rank them in order of preference.

With Cheney’s loss, Republicans who voted to impeach Trump are going extinct.

In all, seven Republican senators and 10 Republican House members backed Trump’s impeachment in the days after his supporters stormed the U.S. Capitol as Congress tried to certify President Joe Biden’s victory. Just two of those 10 House members have won their primaries this year. After two Senate retirements, Murkowski remains the only such Senate Republican on this year’s ballot.

In Wyoming, Cheney had been forced to seek assistance from the state’s tiny Democratic minority. But Democrats across America, major donors among them, took notice. She raised at least $15 million for her election, a stunning figure for a Wyoming political contest.

If Cheney does ultimately run for president — either as a Republican or an independent — don’t expect her to win Wyoming’s three electoral votes.

“We like Trump. She tried to impeach Trump,” Cheyenne voter Chester Barkell said of Cheney on Tuesday. “I don’t trust Liz Cheney.”

And in Jackson, Republican voter Dan Winder said he felt betrayed by his congresswoman.

“Over 70% of the state of Wyoming voted Republican in the last presidential election and she turned right around and voted against us,” said Winder, a hotel manager. “She was our representative, not her own.”

There was no sign that the FBI’s recent search of Trump’s Florida estate played any role in Tuesday’s elections.

Just eight days ago, the FBI recovered 11 sets of classified records from Trump’s home. Some were marked “sensitive compartmented information,” a special category meant to protect the nation’s most important secrets. Republicans across the country initially rallied behind the former president, although the reaction turned somewhat mixed as more details emerged.

Anti-Trump Republicans across the country cheered Cheney’s willingness to challenge Trump even as they expressed disappointment in her loss.

“What’s remarkable is that in the face of almost certain defeat she’s never once wavered,” said Sarah Longwell, executive director of the Republican Accountability Project. “We’ve been watching a national American figure be forged. It’s funny how small the election feels — the Wyoming election — because she feels bigger than it now.”