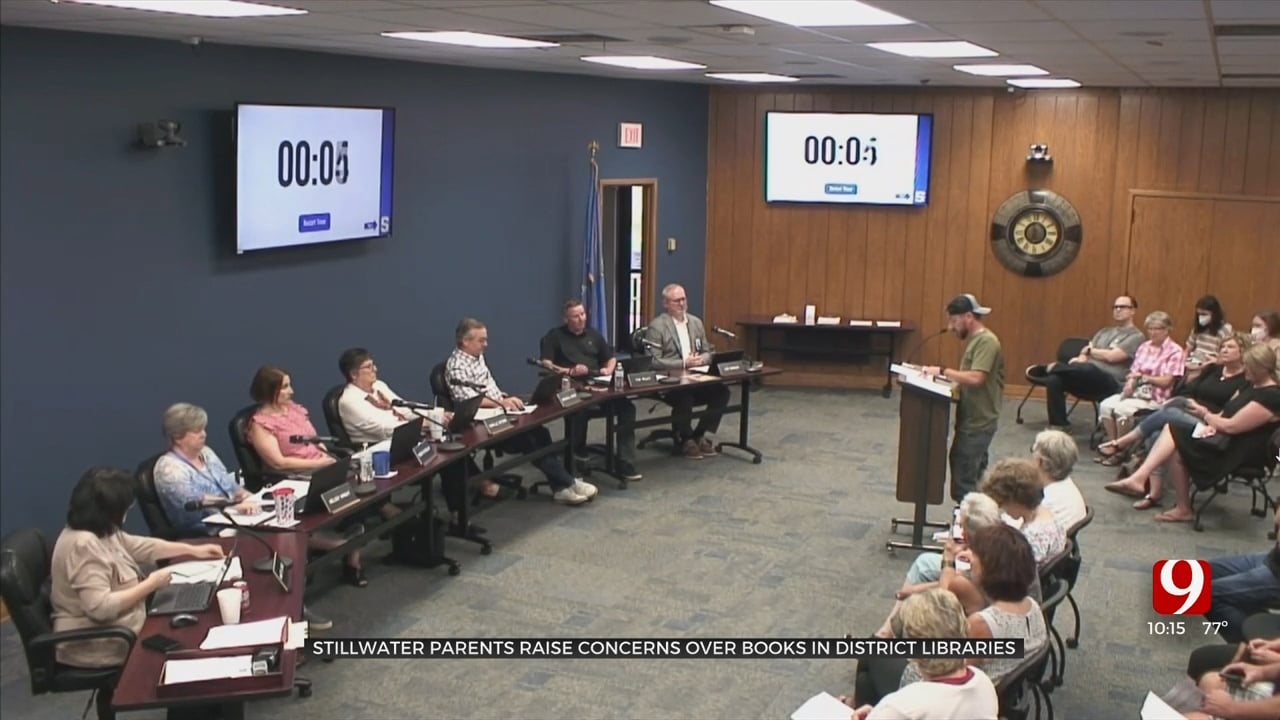 Several Stillwater Public School parents are demanding the district ban certain books from the school libraries. They said some have highly explicit sexual material. Parents addressed their concerns at a recent school board meeting.

Parents approached the podium with a list of novels. A few books they want gone are “The Truth about Alice” and “Me, Earl and the Dying Girl.” Parents called the content highly sexual, not educational.

“I don't know who is in charge of our libraries, how books get in there, or who checks them, but this is just not appropriate,” Karen Flack said.

Other parents disagreed and said children deserve a chance to learn from different perspectives.

“Kids are sharp, and they read using their own moral compass. Those values instill most often used by family are to guide them through the reading. Books do not hold the power to corrupt as some fear,” Robin Fuxa said.

Stillwater Public Schools said there’s a process that needs to take place before they can remove a book.

“Stillwater Public Schools, like most districts, has a process by which parents may call for material to be reviewed. The district's Procedures for Reconsideration of Materials are included at the end of this statement. The district has not received any such requests recently.

Our library books are selected by our professional Library Media Specialists. They largely include award winners and most texts come highly recommended by professional library organizations.

In every situation, we take parent concerns seriously and hope to partner with them to find a solution that's right for their child. If a child is assigned a book to which the parents object for a class, we ask that they start at that level; alternative texts can be provided for students by their teacher. If there's a book they don't want their child to have access to, we ask that they have a conversation with their school so that their wishes for their child's library access can be honored.

If parents discover a text that they feel does not belong in the library, we ask that they initiate a formal request for the district to review the material in question. That process allows us to evaluate texts of concern to determine if they have a place in our libraries, which may or may not result in the removal of a text, depending on the results of that evaluation.

Anytime a parent or guardian finds material objectionable, we welcome their conversations with our educators. We believe that, ultimately, conversations around literature enlighten us all to different perspectives and a deeper understanding of each other.”

The State Superintendent Joy Hofmeister said in a statement:

“Decisions regarding books in public school libraries are made entirely at the local level by duly elected school boards. Parents must be engaged in that process and have an important say in what their children have access to. There are steps in law by which such books can be reconsidered, and those steps must be followed.”

News 9 did reach out April Grace who is running for State Superintendent as well about this, but we have not heard back.