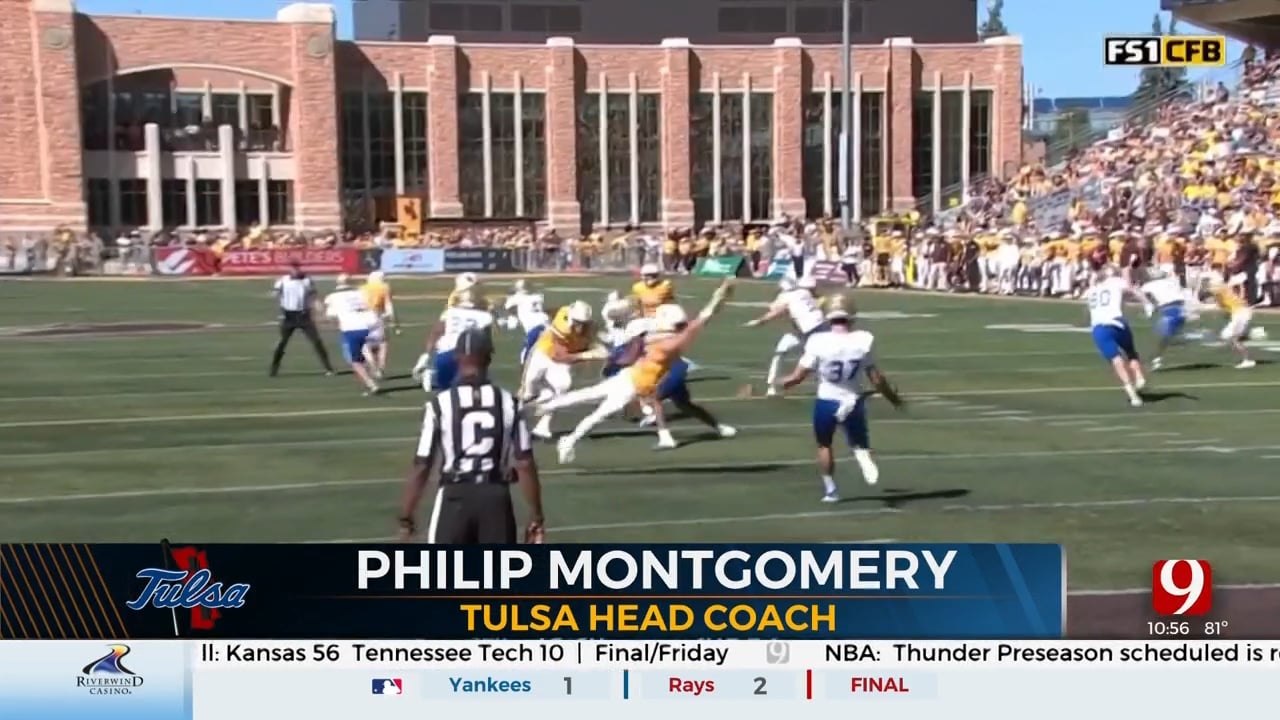 John Hoyland kicked a 30-yard field goal in the second overtime to lift Wyoming over Tulsa 40-37 in a wild finish on Saturday.

After Hoyland’s make on the first possession of the second overtime, Zack Long attempted a 43-yarder but it hooked left as Wyoming (1-1) snapped a three-game losing streak in the series.

With seven seconds left in regulation, Hoyland’s potential game-winning 44-yard field goal hit the top of the right upright and bounced out. He made a career-best 55-yarder to tie the game 34-34 with 6:19 remaining.

Each team turned the ball over inside the final two minutes of regulation. Wyoming’s Titus Swen fumbled the ball five yards from scoring with 1:45 to play. Davis Brin later threw a strike to Keylon Stokes, who broke loose for 33 yards but was blindsided near midfield and fumbled the ball with 25 seconds left.

Brin completed 30 of 52 passes for a career-high 460 yards with three touchdown passes and no interceptions. Keylon Stokes, Malachai Jones, and JuanCarlos Santana each had over 100 yards receiving and a scoring catch. Stokes led the trio with 11 catches for 136 yards.

The Wyoming defense accounted for two touchdowns. Ryan Marquez blocked a punt attempt and the ball was batted around and bounced back to him at the 9. He scooped it up and ran untouched into the end zone for a 24-20 lead early in the third. Brin was sacked near the Tulsa 28 and the ball rolled into the end zone where Easton Gibbs recovered on the game’s second play from scrimmage.