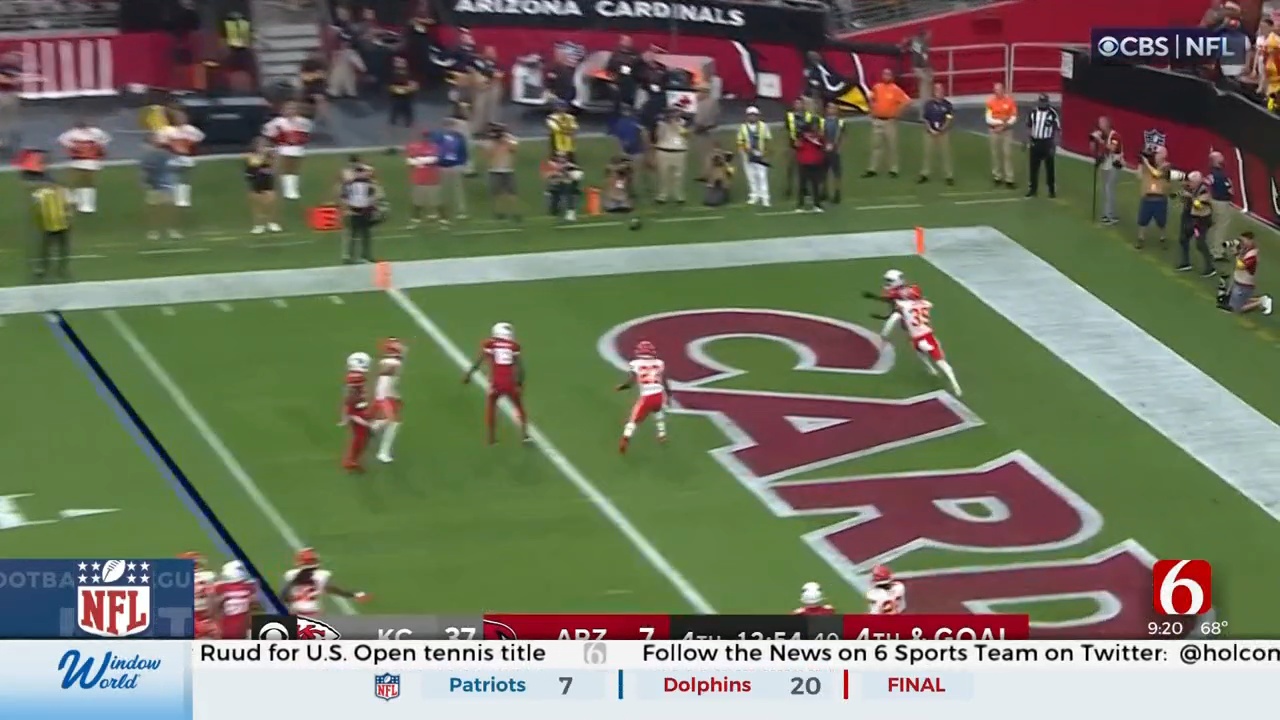 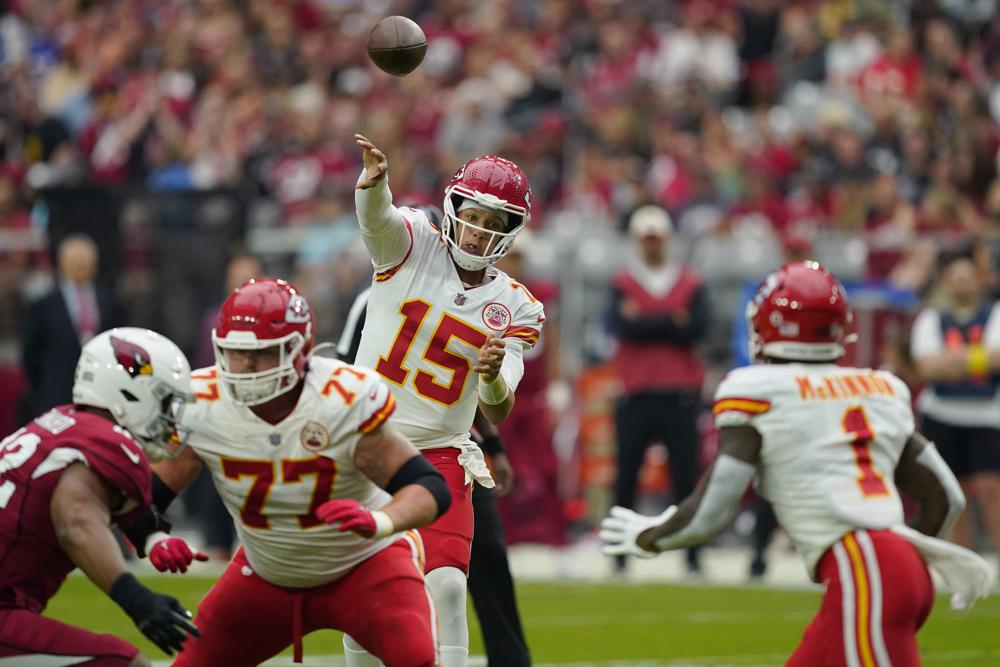 Patrick Mahomes threw for 360 yards and five touchdowns, lifting the Kansas City Chiefs to an impressive 44-21 road win over the Arizona Cardinals on Sunday in the opener for both teams.

The game was never in doubt after the opening minutes, with Mahomes picking apart the Cardinals’ defense with his usual array of good decisions and deft passing touch. The quarterback was playing his first NFL game against Kliff Kingsbury, who coached Mahomes in college at Texas Tech and now leads the Cardinals.

The student put on quite a show for his mentor: The 2018 MVP threw three touchdown passes on Kansas City’s first three drives.

Tight end Travis Kelce caught eight passes for 121 yards and a touchdown. It was his 30th career game with at least 100 yards receiving. Clyde Edwards-Helaire hauled in two touchdown passes.

The onslaught started in a hurry.

Kansas City jumped out to a 7-0 lead on the opening drive, capping an 11-play, 75-yard march with a 9-yard touchdown pass from Mahomes to Kelce. The Chiefs pushed ahead 14-0 later in the first on a nifty play from Mahomes, who threw an underhanded shovel pass to Edwards-Helaire for the 3-yard score.

The Chiefs led 23-7 by halftime after Harrison Butker, who missed part of the first half with a left ankle injury, made a 54-yard field goal with two seconds left in the second quarter.

Kansas City — which is trying to make the AFC title game for a fifth straight season — had a 37-7 advantage by the fourth quarter.

It was a rough start for Arizona, which also suffered through a brutal ending to 2021. The Cardinals have lost six of seven games dating to last season, including the playoffs.

Cardinals quarterback Kyler Murray was playing his first game since being rewarded with a $230.5 million, five-year contract during the offseason. He finished 22-of-34 passing for 193 yards and two touchdowns, though much of that production came when the Chiefs already had control of the game.

The Cardinals came into Week 1 missing some of their best players. Three-time All-Pro receiver DeAndre Hopkins was suspended for the season’s first six games after violating the NFL’s performance-enhancing drug policy. Star defensive lineman J.J. Watt was inactive because of a calf injury.

Butker left the game in the first quarter because of an ankle injury, so the Chiefs turned to safety Justin Reid to handle the job.

He actually did OK.

Reid was made 1 of 2 attempts on extra points and also blasted a kickoff through the back of the end zone for a touchback. The safety was prepared for his role as the emergency kicker: He made an extra point during a preseason game.

Mahomes completed touchdown passes on the first three drives of Kansas City’s season. He’s the second quarterback to do that since at least 1991. The other was Green Bay’s Aaron Rodgers in 2011.

Cardinals: Arizona entered the game with a banged-up roster, especially considering this is the first week of the season. WR Rondale Moore (hamstring), CB Trayvon Mullen (toe), OL Justin Pugh (neck) and Watt were all inactive because of injuries.

Cardinals: Travel to face the Raiders next Sunday.