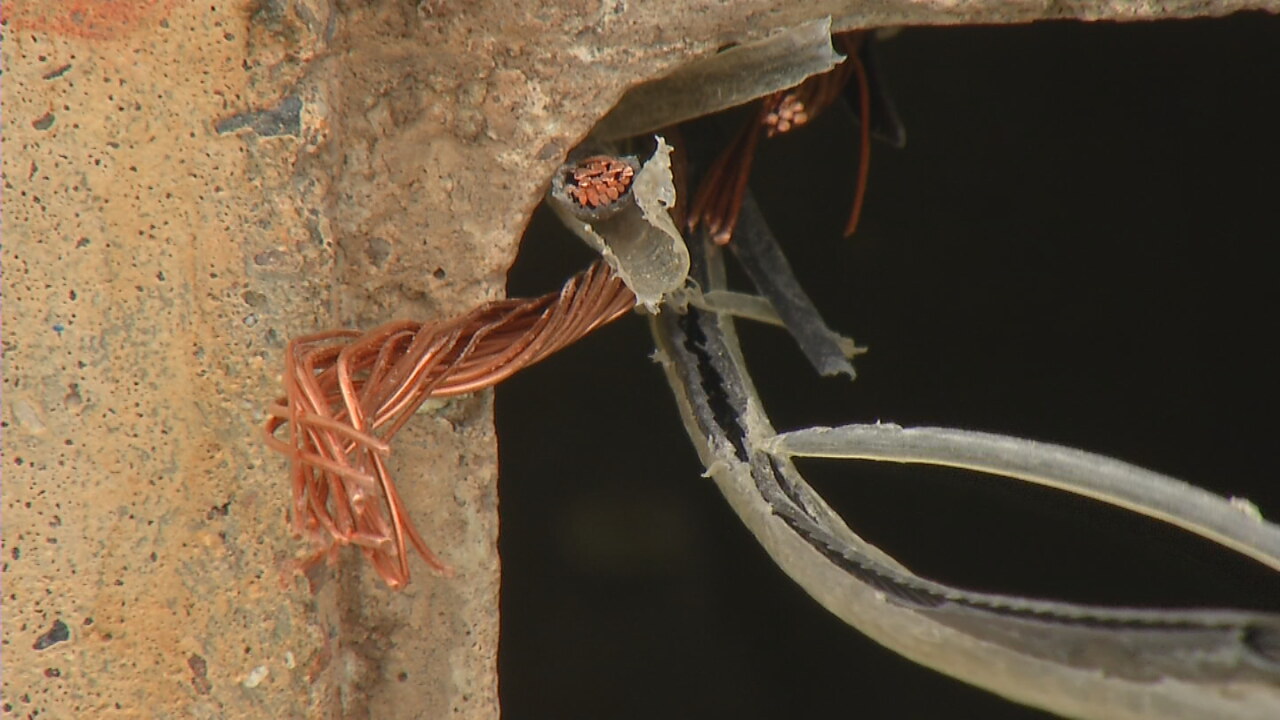 Copper theft is a huge problem in the Tulsa area, and now AT&T is offering a reward for information that can be used to arrest people for it. The demand for copper worldwide is increasing, and Tulsa Police say that as a result, they’ve seen more people coming into Tulsa to steal copper.

“We're consistently getting these reports from major companies, cell phone providers, and service providers of their copper line being taken,” Hieronymus said.

Police say AT&T has experienced more than 500 thousand dollars in damage from losing copper wire in phone lines, which makes them worry about how it might affect people in an emergency.

"The main concern and fear is that it will start affecting the infrastructure here in Tulsa,” Hieronymus said. It will start messing with calling 911 for medical or emergency services you may need."

He says with copper thefts on the rise, police are really cracking down on thieves to try to bring the numbers down.

"It's something that hasn't really been prosecuted historically in the past, there are new laws in effect to help prosecute that and help the investigative side and prosecution go forward,” Hieronymus said.

Police say one of the things people can look for is black smoke or the smell of burning plastic. They say that could mean someone nearby is stealing copper.

"You smell them burning what smells like rubber or plastic in their backyard, we've come to find that a lot of the ways to strip the insulation so it's just pure copper wire is by burning the insulation off,” Hieronymus said.

Police say to pay attention to people near power lines or phone lines without the proper vehicles or safety gear.

"If you're at work in the morning, call in what looks suspicious, like if someone looks like they're on a utility easement, and they're not wearing a hard hat or a safety vest, trust your instinct,” Hieronymus said.