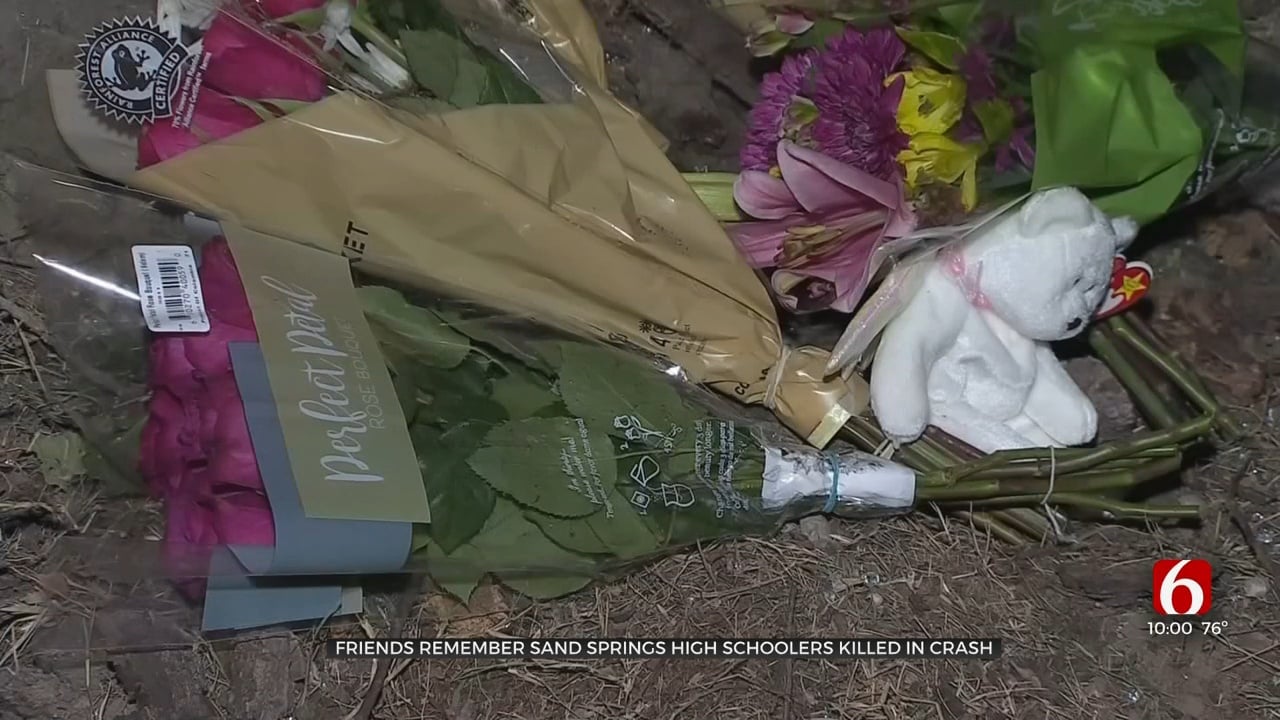 The Sand Springs community is reeling after police said three teens were killed in a car wreck Thursday afternoon.

Five Charles Page High School students were in the car when it careened off Park Road in Sand Springs.

The two in the front seat were taken to the hospital. The three in the backseat were killed on impact, according to police.

Camrin Palacios is friends with all five teens in the wreck. She said she was almost in the car with them, like she would be any other day.

"Honestly, all of it’s like so hard to believe. I want to think that they’re all still here and everything’s fine but I know it’s not because I know it’s true," she said.

The five students were out on a school lunch break where upperclassmen get to leave campus.

Police said the driver lost control on the curvy, hilly road and careened off the side, flipping the car and hitting a tree.

Police said speed was a factor in the wreck and suggested seatbelts may not have been worn, but a medical examiner's report is needed to confirm that.

Hours later, family and friends like Palacios set up a roadside memorial.

"I came here for closure, if that makes sense. Just to see, try to picture what happened. But honestly it’s hard to imagine," she said.

Sand Springs Public Schools put out a statement saying, “Words cannot express the profound grief and heartbreak felt in our district. Our deepest sympathies go to the families and loved ones involved.”