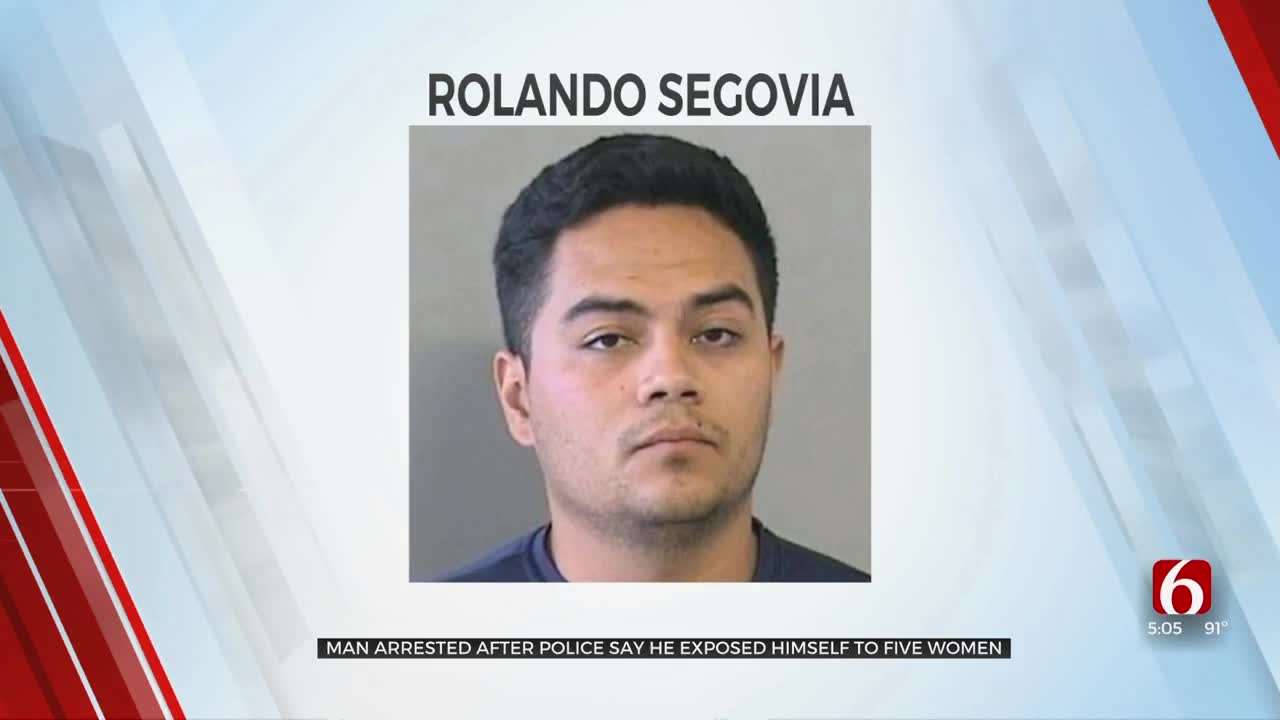 Tulsa Police said a man who was arrested for exposing himself to at least five women, confessed to doing the same thing to several more people over the last year. Detectives are asking other victims to come forward.

Related Story: Man Accused Of Exposing Himself To Multiple Women At Tulsa Parks

Rolando Segovia was arrested on Thursday morning and charged with five counts of indecent exposure. Records show he is out of jail as of Friday morning.

Detectives said Segovia admitted to exposing himself to people several times each week in the last year. Investigators said they only have five reports, the first coming in April of this year.

Police said Segovia followed a similar pattern with each of the five reports they have received. They said he exposed himself to women walking in midtown Tulsa neighborhoods around 7 a.m.

“This is a traumatic event for some people,” said Lt. Darin Ehrenrich, with Tulsa Police’s Special Victims Unit. “When you’re just trying to enjoy a morning walk and something like that happens, you’ve got to think about what’s going through their mind.”

Investigators said Segovia was getting bolder, but thankfully the victims in this case were able to point out his car. Detectives said remembering details in these situations is a benefit to investigators.

Police said they were able to obtain doorbell camera from a homeowner who lived nearby one of the incidents. Investigators said that later led them to the suspect’s car.

Detectives are asking any other victim to reach out to them. The Special Victims Unit can be reached at (918) 596-9168.