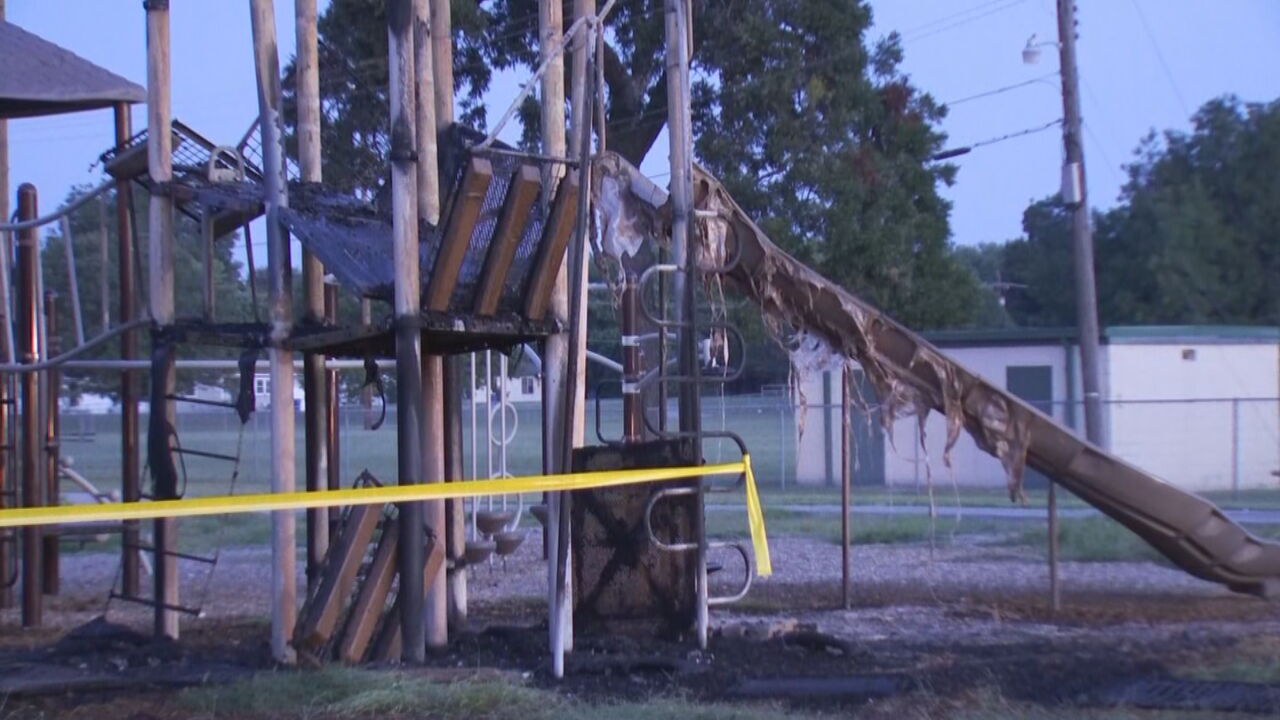 Tulsa city crews are picking up the pieces of damaged playground equipment at a popular park. Part of the jungle gym caught fire, causing more than $100,000 in damage.

The park is near Charles Page and 41st West Avenue.

The city said this playground was the result of precious taxpayer and donor dollars; now, children who live nearby are upset over the destruction.

City crews came out Friday afternoon to the charred, melted mess and removed everything that was loose, damaged and sharp.

"It sucks. It makes me feel like really sad. This place has a lot of memories for me," said Aryana Lindsey.

"It's for the kids, and that hurts the kids. They don't have a place to play anymore," said George Medeiros.

"I have five baby boys at my house and everything, well, at my aunt's house," said Jeread Simpson. "They're up here almost every other day."

"I'm a Marine Corps Veteran, and this is breaking my heart," said Steve Swift.

"What civic pride, what personal pride do you have burning down a piece of equipment for children. It's just craziness," said Swift.

Firefighters at a station next to the park got the call about the fire, walked outside and saw flames.

"I seen that big fire and I was like wow what happened there and then the firetruck showed up right after that and it was already engulfed," said Medeiros.

Investigators said roughly 25 percent of it was destroyed.

"Even things that look good, some of them may not be salvageable," said Anna America, Tulsa Parks Director.

Parks Director Anna America said in the best-case scenario, some of this equipment can be saved.

"It's not just some pieces of metal and plastic sitting out in a field. This really was the heart and the result of a lot of commitment from a lot of people," said America.

America said a certified playground inspector from the manufacturer will come out early next week to determine if it's safe for kids to use.