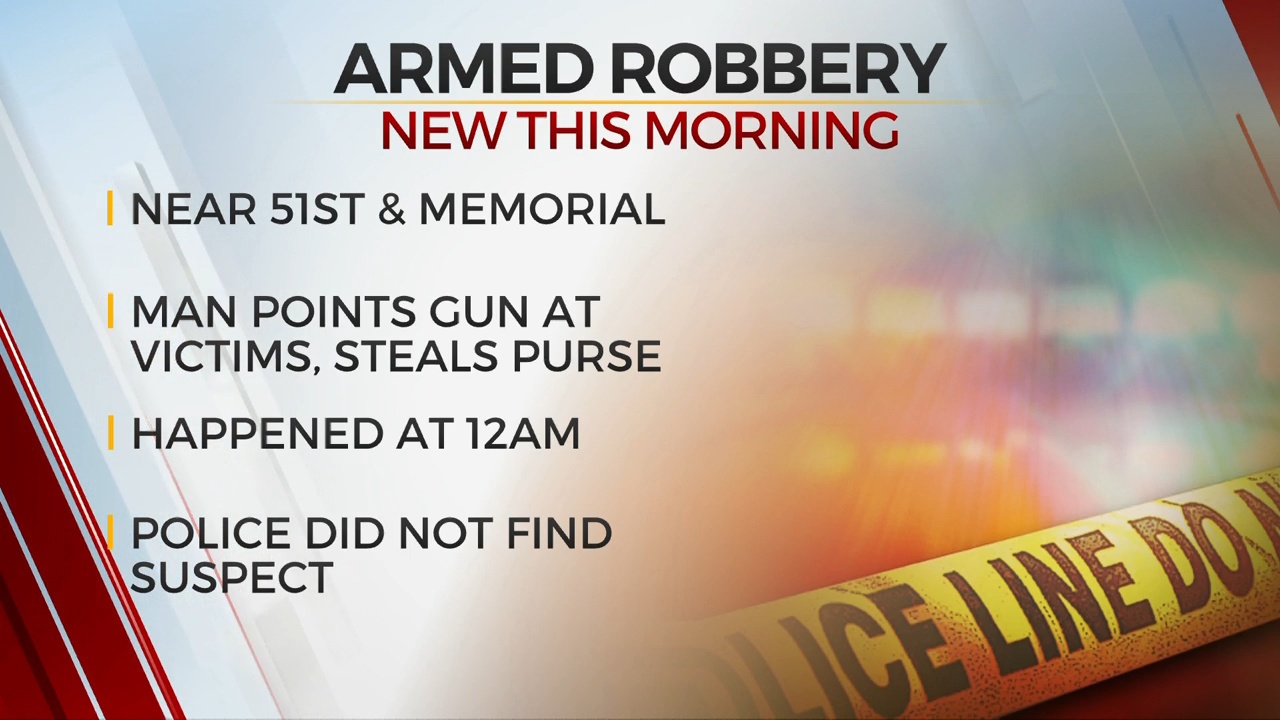 Tulsa Police are investigating an overnight armed robbery near 51st and Memorial.

The robbery happened at the Wimbledon Place Apartments, near East 51st Street South and South Memorial Drive, around 12:17 a.m. on Monday, According to Tulsa Police.

Police say the victims told officers that a man "came out of nowhere" and pointed a gun at them while demanding money.

According to police, the man stole the victim's purses and fled from the scene.

Officers say they searched the area and were unable to find anyone.