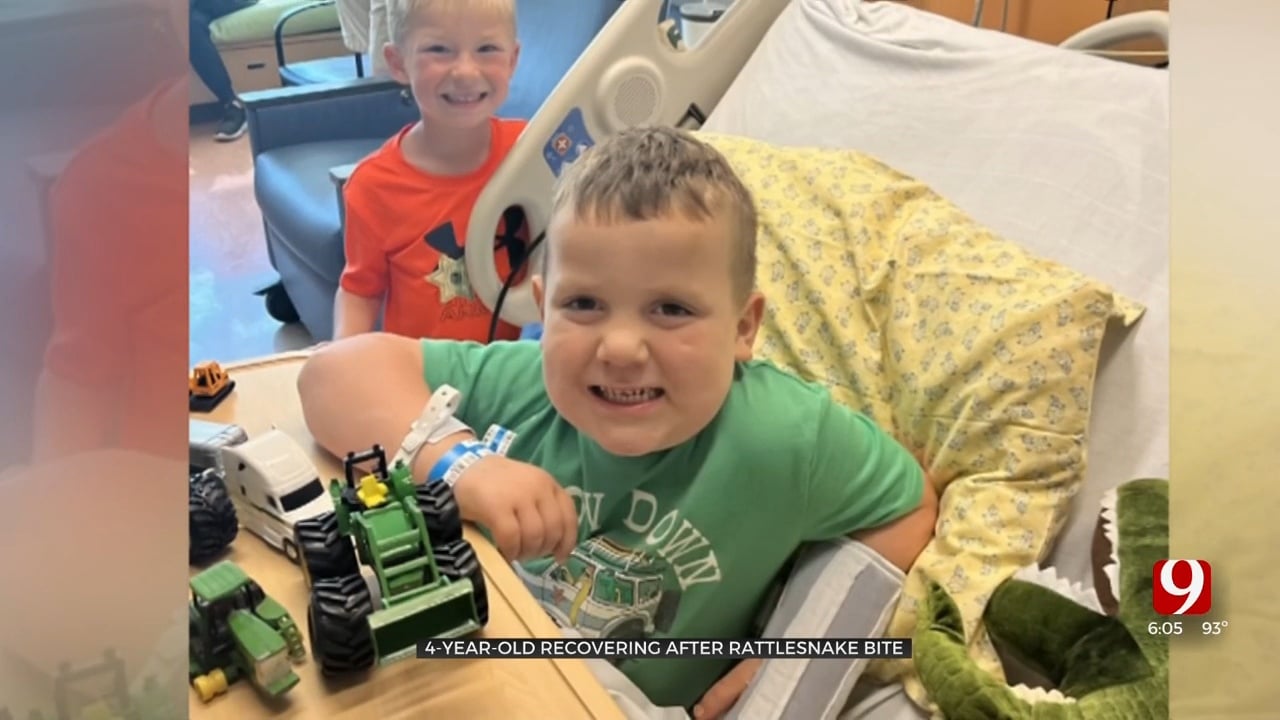 A 4-year-old Okemah boy is recovering after a snakebite last weekend.

After two hospital stays and multiple doses of antivenom, his mother now wants to share their story in hopes that other families don't have to go through what they have.

Emily Teel said she wants to warn parents to be vigilant for snakes as their kids play outside.

“They're everywhere right now. I know they're out and it could happen anywhere," said Emily.

Her son, Jesse Teel, was playing outside their Okemah home last weekend, when Jesse was bitten by a Pigmy Rattler on his foot.

“He was playing at the hay trailer where no grass is at, so I didn't really think anything of it," said Jesse's mother, Emily Teel.

She said she grabbed Jesse, and it was almost like she went into autopilot.

“Mom mode just kicks in," said Emily. “I washed it off and you could immediately see the bite marks.”

Emily said she immediately put him in the car and went looking for the snake. They found and killed the snake and headed to the nearest emergency room.

“Seeing him and not knowing what the venom is going to do to this body, it's just an unknown feeling," said Emily. “By the time we got to the hospital you could see swelling and bruising already.”

Jesse got 5 bags of antivenom at Tulsa Children’s. He stayed at the hospital for a few days as staff monitored his progress.

Jesse was released on Wednesday but had a check-up the following morning. There, doctors realized his platelet levels had dropped and they readmitted him.

“It's an unreal feeling and uneasy it kind of makes your stomach just drop," said Emily.

Luckily, Jesse is doing better this time around. He is supposed to be released for the last time on Monday.

“He seems to be doing awesome so we’re glad," said Emily.