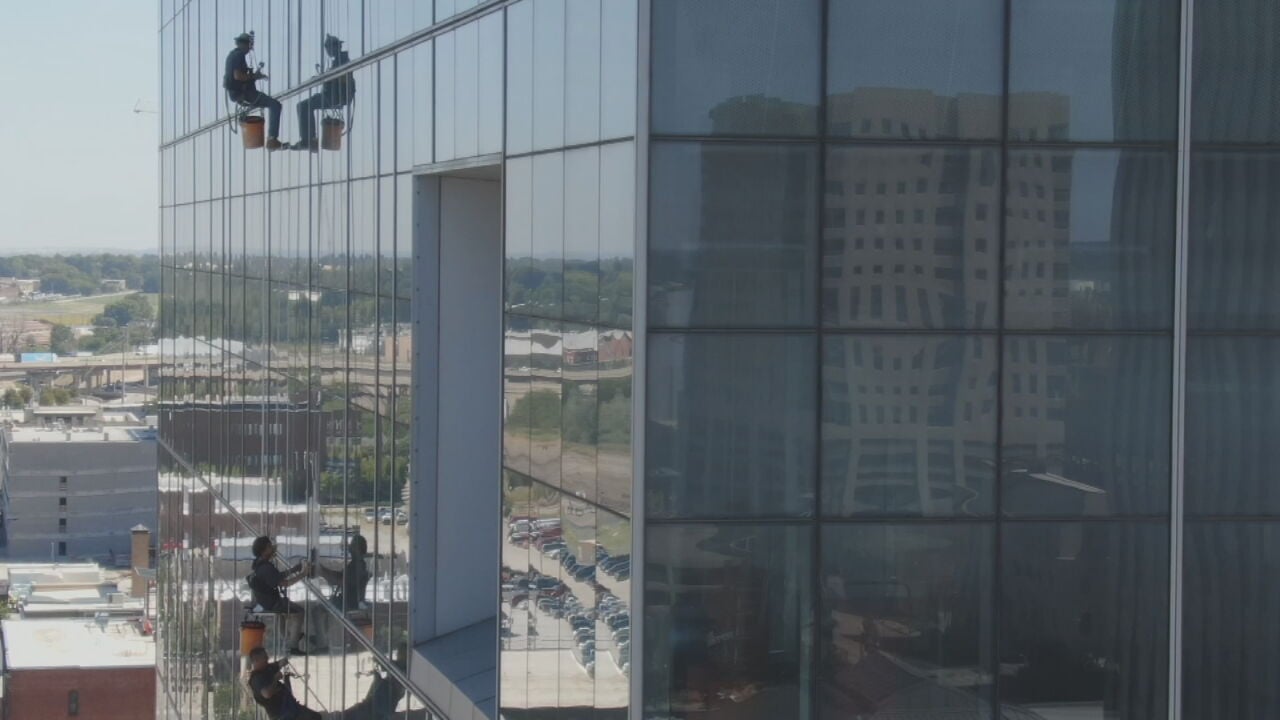 Three workers cleaned the windows of Tulsa's city hall on Monday. They said doing a job 300 feet in the air is all in a day's work.

Daniel Allison described what it's like to have a job where you are hanging over 300 feet in the air. He said he learned to trust his equipment.

"I always have a lot of people asking us how we're doing up there and if we enjoy it," Daniel said.

For almost one year, Daniel has had a job as a window washer. He said to be able to enjoy his job, he had to let go of any fear he had of heights.

"There's a lot of people who are scared of heights and that doesn't like doing it, but you have people like us that does it, cleans the windows really good, and people like what we do," Daniel said.

We caught up with Daniel and two of his coworkers as they made their way down the 15 floors of Tulsa's city hall.

He said the tallest building he's ever cleaned was 32 stories.

"We just get up there and set up and drop down," Daniel said.

Daniel said this job requires a lot training and after a couple of months, he was ready to get to work, but the key is starting off small.

"We start off on a two-story building just to get use to it and to get a nice flow of using the racks and getting use to the movement," Daniel said.

"I know I'm pretty safe with all this equipment that we got," Daniel said.

Daniel said many people stop by and ask him about his job everyday.