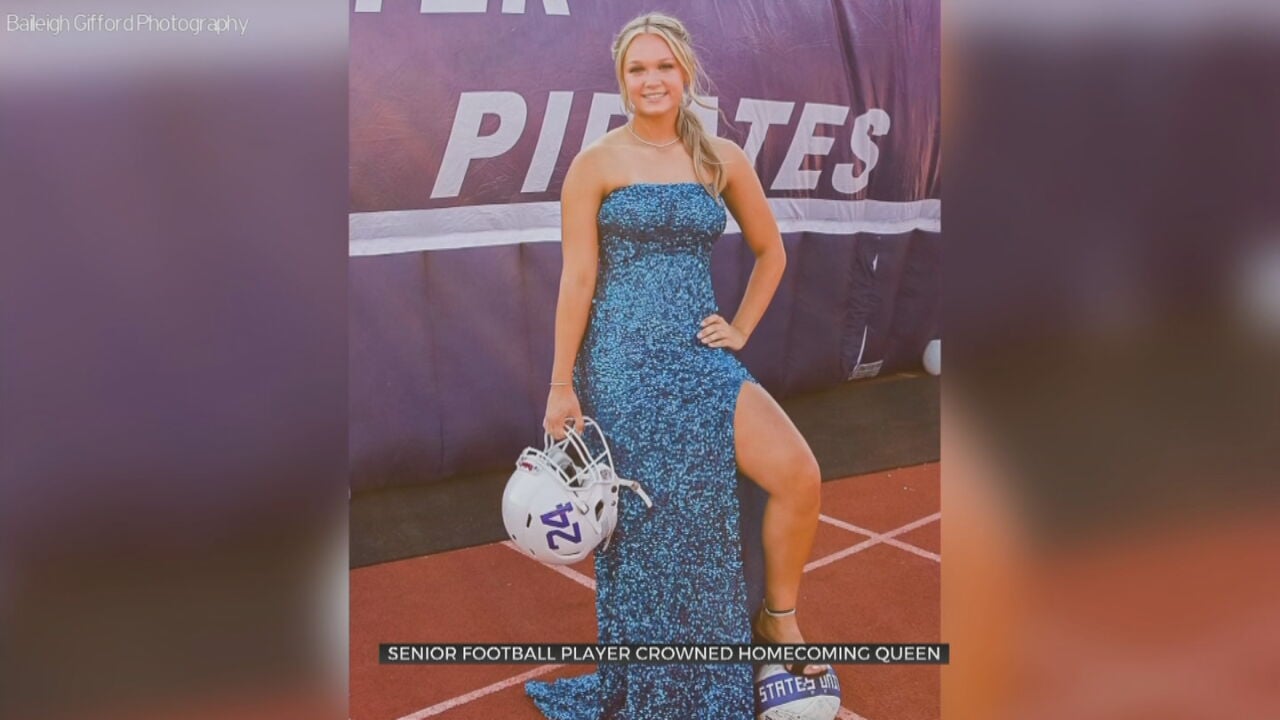 A Green Country High School Senior wore a crown and a helmet during her school's homecoming football game.

Right after Natalie Perry-Hunter was named homecoming queen she headed into the locker room to throw on her football uniform.

Natalie is the Porter Pirate's kicker and she went five for five on extra points on Friday night during the homecoming game.

Natalie's dad says she also plays soccer and has committed to play soccer for NSU in Tahlequah next year.

Natalie was also the the MVP in Porter’s powderpuff game.

The Pirates went on to beat Wyandotte 41-0.