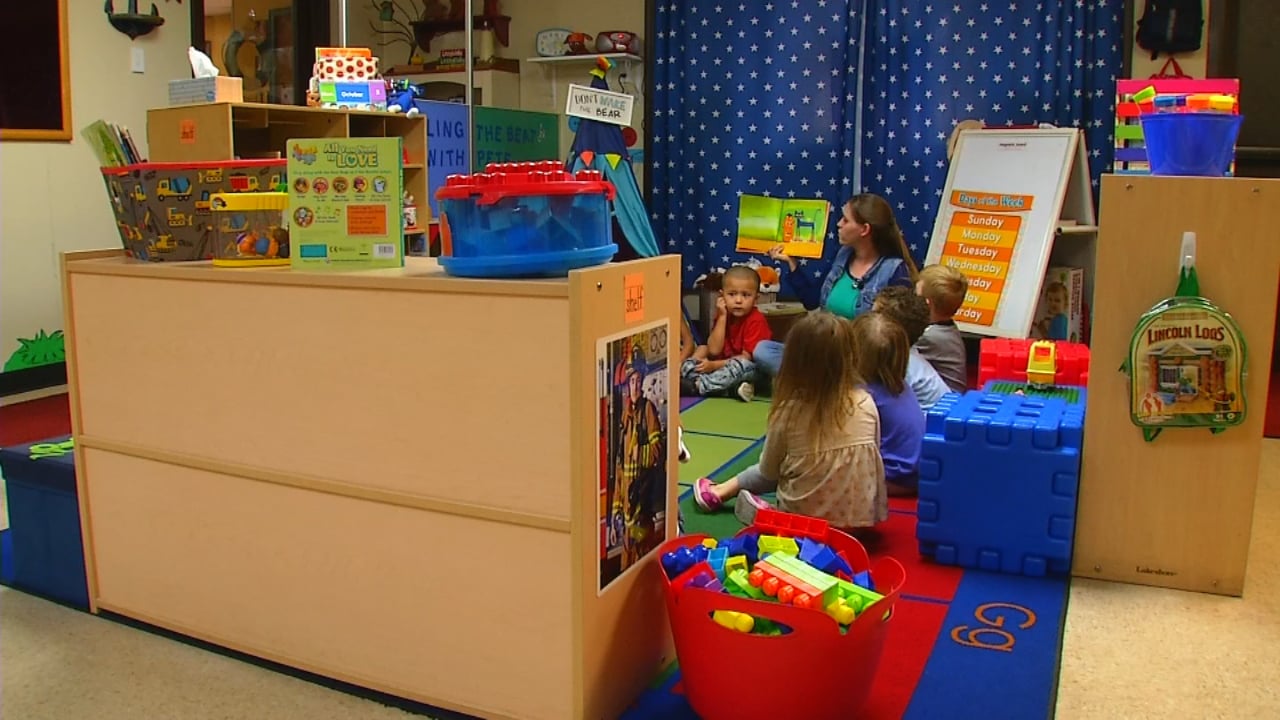 The Oklahoma Department Of Human Services says 34 out of 77 Oklahoma counties are considered a “daycare desert, meaning they don't have enough daycares to service the number of kids in need.

"When you consider the amount of working families and children this is a space where we need more childcare,” Lee said.

Sarah Hammers is a Catoosa mom who has been looking for a place to send her children after learning her daycare is closing in October.

"I've communicated with the other facility here in Catoosa there is only one other one they were full and had no availability on a waitlist,” Hammers said.

She said living in an area considered a daycare desert has been a nightmare and she is starting to get worried she won't find a new facility.

OKDHS is working to fill this need. Through the American Rescue Plan Act, funds are available for people to apply to open their own childcare facility or even expand one already open.

“It's for both family childcare homes as well as childcare centers we support both of those programmings,” Lee said.

This grant would give $5,000 dollars to start a daycare and then additional money for each child enrolled.

“We have it set up that we support them starting out and additional to keep them going,” Lee said.

Hammers says she hopes the funds will be awarded to someone in the Catoosa area to help all the families impacted by their current daycare closing.

The applications for the childcare grants will be open through July 31st or until the funds run out. Applications can be found at Oklahoma.gov