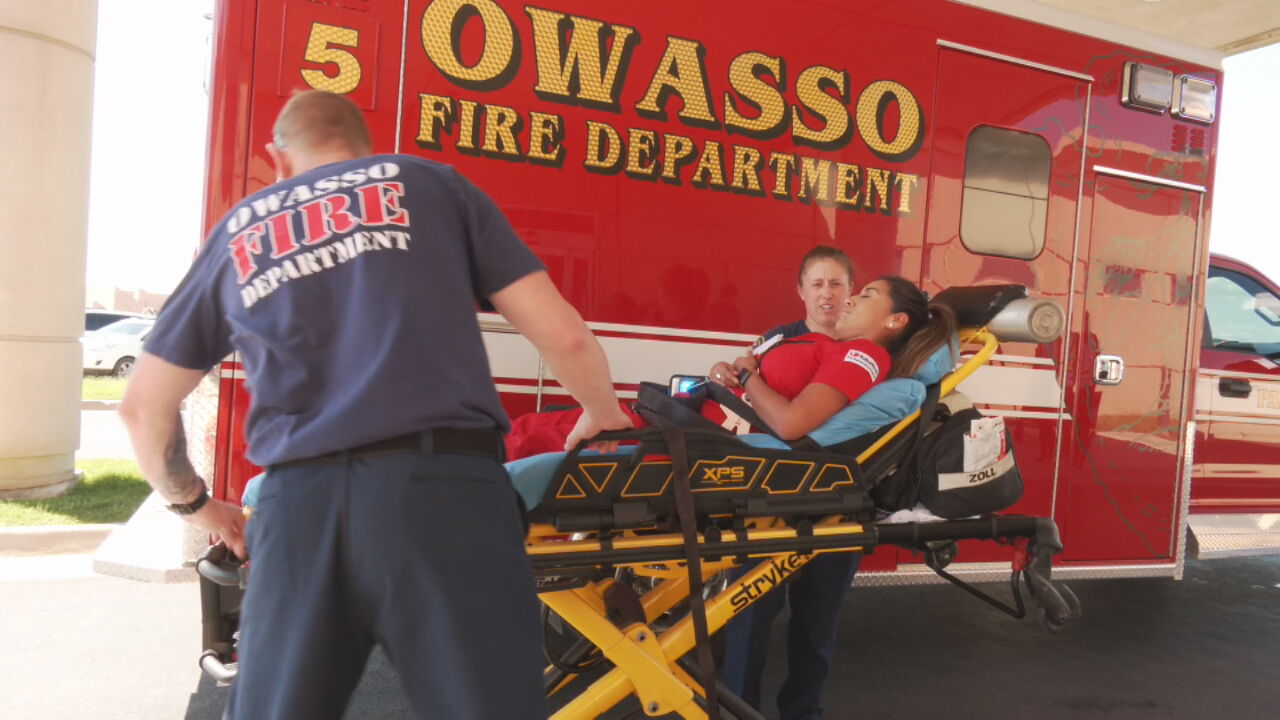 Some nursing students are learning what to do to be prepared in case they ever have to treat patients of a mass shooting.

Some of the students said even though this was just a simulation, it felt real.

Tulsa Tech's Owasso Campus partnered with Ascension St. John Hospital for a realistic simulation of an active shooter incident, to help get nursing students and hospital staff ready to respond.

"It provides our students with a great opportunity to practice some of the skills that they are learning as advanced nursing students, and to better prepare our community and our emergency personnel for a situation that might occur," Clark said.

Dr. Leslie Clark said some students had the role of patients with all kinds of injuries from minor to critical. Some acted as family members, and other students pretended to be police.

"The nursing students were provided with cards with information about their particular role and they had completed research beforehand, so they knew exactly how to act with specific symptoms," Clark said.

Gabriel Griffin is a nursing student, who pretended to be hurt. He said going through this training helped him think about how to be the best nurse in a big situation like this.

"It was very interesting to get to role play being in an active shooting and then seeing the hospital system and what they to do take care an influx of people," Griffin said.

Wyatt Hockmeyer, President of Ascension St. John said the purpose of this training was to make make sure his staff was equipped to handle a mass casualty.