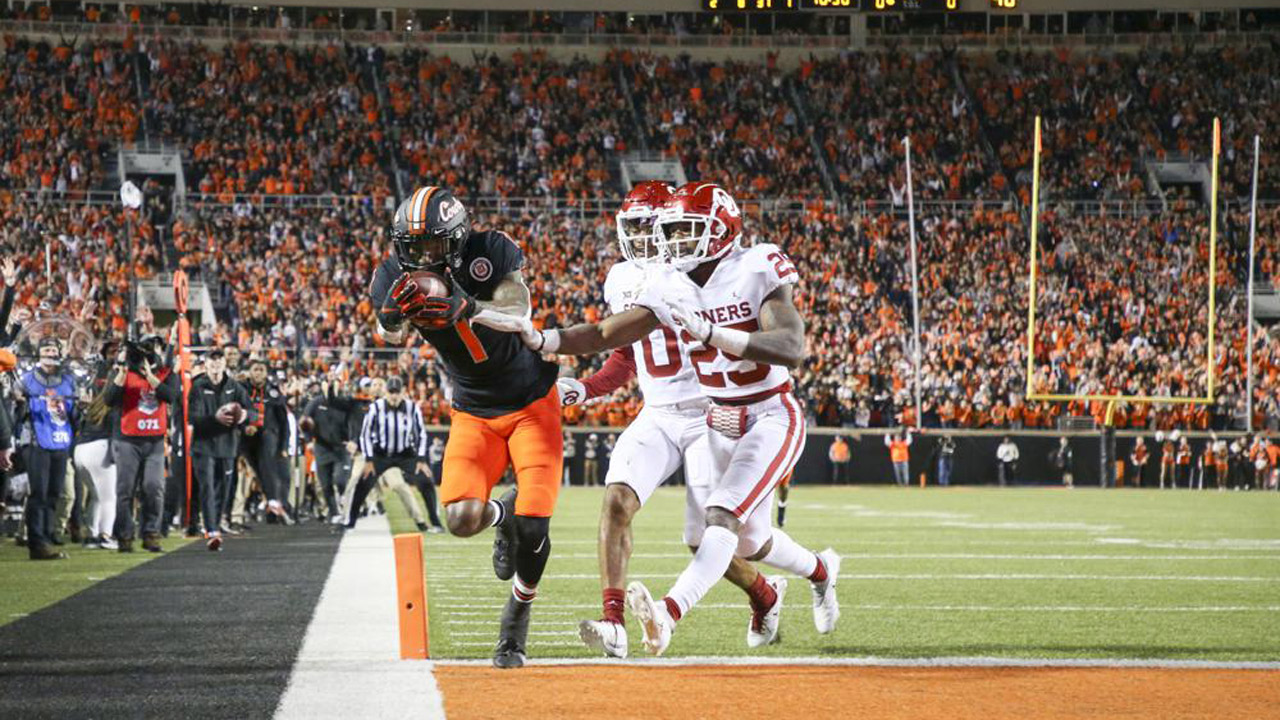 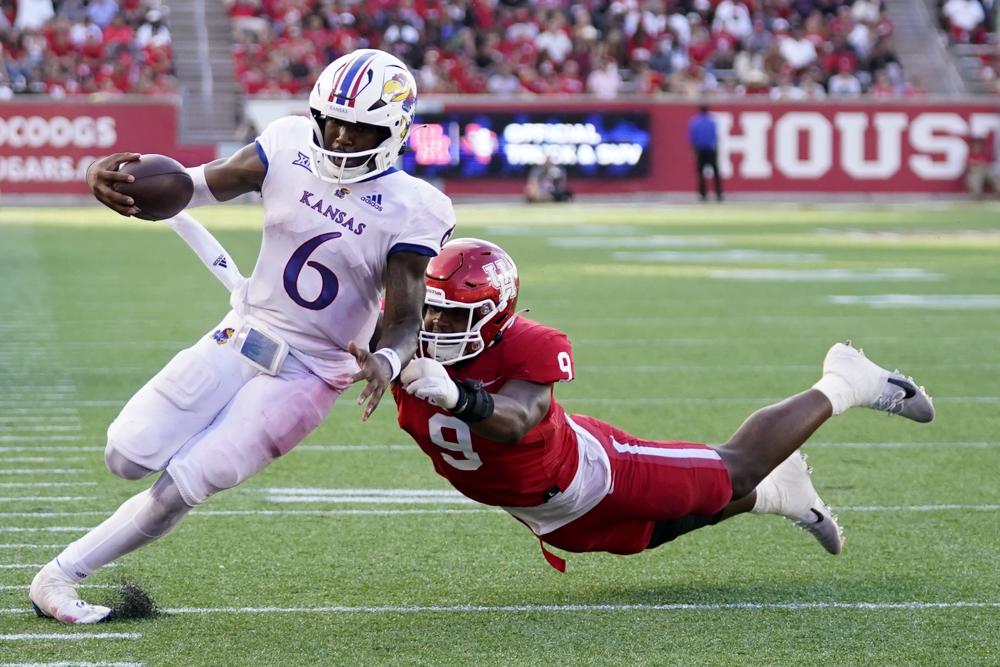 Kansas has managed to forge an identity for itself through its first three games — all wins, surprisingly enough — as an offensive-minded team capable of putting up big points without necessarily throwing the ball all over the yard.

Kansas State has embraced the image of a physical, defense-first team that can barely score.

The rest of the Big 12 is also trying to find its identity as six teams play their first league games Saturday — Iowa State with the eighth-ranked defense in the nation, TCU with the ninth-ranked offense or top-10 teams Oklahoma and Oklahoma State that have been brilliant on offense and shown some defensive chops as well.

“Tough. Resilient. Edgy. Hungry. Never satisfied. I think those would be the best,” said first-year Sooners coach Brett Venables, when asked to describe his team. “I love the way we are developing. Our leadership and our mindset. These guys are super hungry, and they want you to coach them hard. When I say they are literally sitting on the edge of their seats in every meeting, I can’t say it any more clearly and truthful. And when we go to practice it is the same thing.”

Venables, a longtime defensive guru who arrived from Clemson added: “We are still have a long way to go, but we are making steady improvement”

The biggest surprise in the Big 12 through the nonconference portion of the season is undoubtedly the Jayhawks, and it’s not only because they’re 3-0 for the first time in more than a decade. They’ve been dynamic on offense behind Jalon Daniels, who may be the impressive quarterback in the league so far.

The league’s offensive player of the week following another big performance in a win at Houston, Daniels is doing what would get a player on a national title contender in the Heisman Trophy conversation. He accounted for 281 yards and five touchdowns in the 48-30 win over the Cougars, pushing his TD total to 10 through the first three games.

He is both the Jayhawks’ leading rusher with 244 yards and passer with 566 yards.

“We have a lot of people who are able to make plays with the ball in their hands in our offense,” said Daniels, who was fighting for playing time a year ago but seized the starting job in fall camp. “I feel like (coordinator Andy Kotelnicki) realizes that, so I feel like he does a great job of being able to put guys in situations to be able to get the ball.”

It’s not as if the Jayhawks have beaten up on soft competition to reach this point: They’re sitting atop the Big 12 by virtue of their overtime win at West Virginia and knocking down future conference foe Houston, which was expected to be a Top 25 contender.

“It’s nice to see that our early start’s being recognized,” said Kansas coach Lance Leipold, whose team plays another 3-0 opponent in Duke on Saturday. “But shortly after that happens, you have to just keep your head down and focus on what you’ve got to get done and get better at.”

There’s plenty for the Jayhawks’ rivals along Interstate 70 to get better at on offense.

On defense? Kansas State has been nearly dominant.

The Wildcats have yet to allow more than 17 points to any of their first three opponents, pitched one of the few shutouts in the opening weekend of college football and are allowing just 276 yards per game.

But not even that wrecking-crew identity was enough to save Kansas State against Tulane last weekend. Adrian Martinez once again struggled at quarterback and offensive coordinator Collin Klein made plenty of head-scratching calls, resulting in a 17-10 home loss that left the Wildcats feeling wounded heading to Oklahoma on Saturday.

Turns out establishing an identity doesn’t mean much if you don’t win.

“Adversity has struck and how are we going to respond to that adversity — all of us, players, coaches — because we knew it was going to be a tough game,” Wildcats coach Chris Klieman said. “We knew that they were a good football team and we knew we had to play really well to beat these guys. We played hard but we did not execute well.”

Iowa State, another defensive-minded team allowing 24.3 yards per game, has scratched together enough offense for a 3-0 start heading into its game against No. 17 Baylor on Saturday. And TCU has been stunningly efficient through two contests under coach Sonny Dykes, piling up 521.5 yards per game on offense heading into its trip to SMU this weekend.

“We’re showing up ready to rock and roll,” said Cyclones coach Matt Campbell. “I feel from a physicality standpoint, from an attitude and effort standpoint, things that we have set as our corner stones of who we want to be. I like where we are at.”