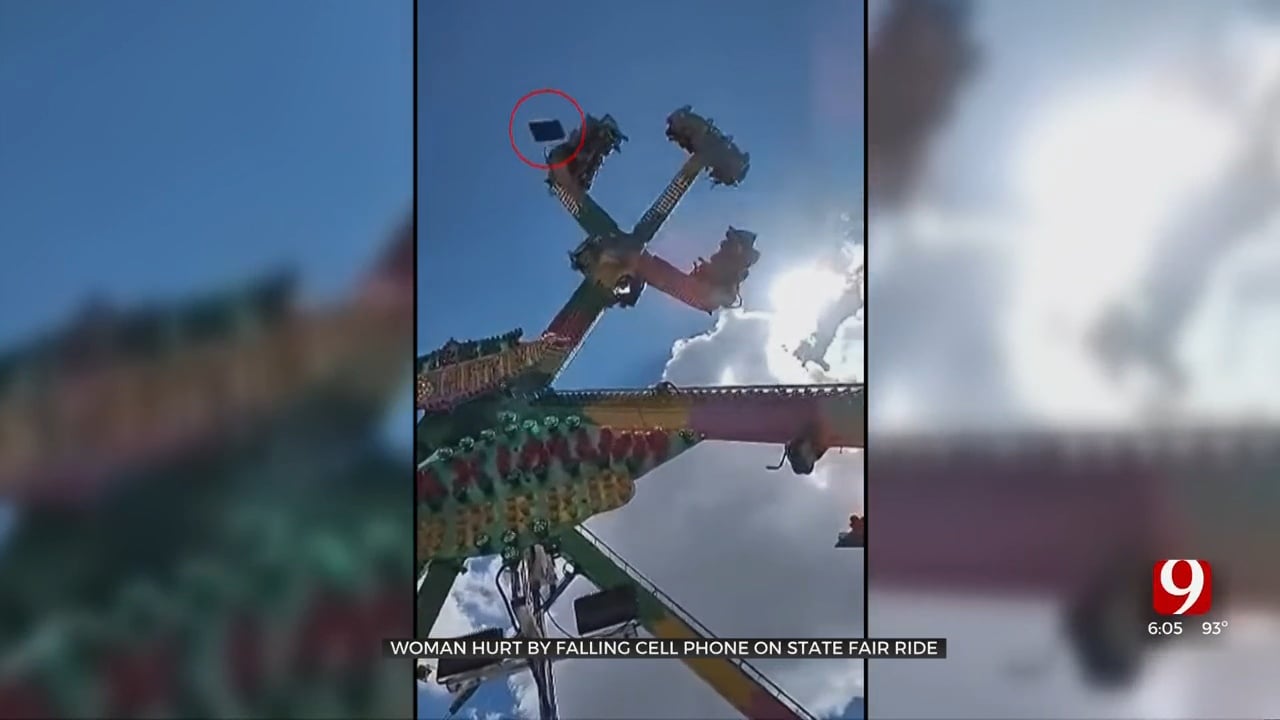 A freak accident caught on camera at the Oklahoma State Fair has left one woman bloodied and bruised.

Rebecca Gillespie and her mother-in-law were waiting in line for the Street Fighter 360 ride. When the ride flipped upside down, a phone came flying out of a pocket.

"My whole entire head shook. I felt like my teeth just slam together. My head the impact," said Gillespie. "Everyone around me was covering their faces, gasping saying oh my gosh are you OK? Not only did I feel it start pouring I seen the red.”

Through the blood, Rebecca realized what had hit her.

"The first thing I saw out of the corner of my eye was the phone on the ground," she said.

An iPhone 13 weighs about half a pound. That might not seem like much but when the ride was at its apex, about 70 feet up, the phone can gain a lot of momentum on its way back to earth. It struck her at about 45 miles per hour.

"I had just gave, my daughter to my mother," said Gillespie. "She is 7-months old, and the doctors told me themselves how hard that hit was, it could have been deadly to littler kids."

A spokesperson for the State Fair, Scott Munz, said there are multiple warning signs around the ride.

"It's very clearly posted by itself just as you're getting on the ride no cell phones," said Munz. "Most people are not out here by themselves, the reality of it is they're traveling with somebody. They should leave it with an individual who's not on the ride. Leave it with them at the entrance to the ride."

Luckily, a woman who works as a nurse was standing near Gillespie when the incident occurred.

"I am so thankful for her because who knows how bad it could have got and how much blood I could have lost," said Rebecca.

Gillespie said she hopes her story will make people think twice about what’s in their pockets and the people on the ground.