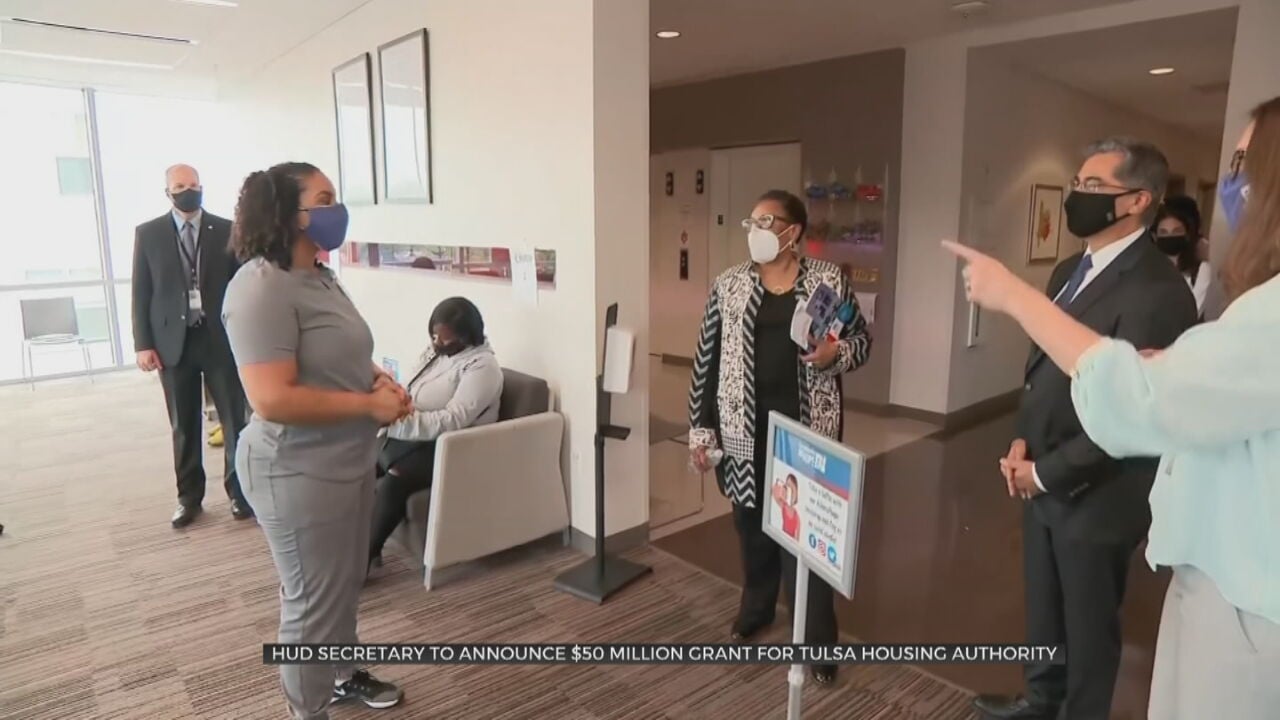 Marcia L. Fudge, Secretary of the U.S. Department of Housing and Urban Development (HUD), will visit Tulsa on Thursday to announce a new grant to help revitalize North Tulsa.

Secretary Fudge discuss a $50 million grant that will pay to build 500 new apartments in North Tulsa.

City leaders say the 'Choice Neighborhoods Implementation Grant' will benefit the Tulsa Housing Authority as well as the city of Tulsa as a whole.

The program is offered through HUD and helps neighborhoods nationwide as they work to revitalize areas in need.

During the visit, Secretary Fudge will visit with residents who live in Comanche Park and Riverview West Apartments.

The grant is a part of a $180 million effort that will disperse funds to communities across the country.

Tulsa is the secretary's first stop. She also plans to visit other cities like Durham, North Carolina and Knoxville, Tennessee to make similar announcements.

HUD Leaders say the ultimate goal is to help neighborhoods continue to grow while attracting more establishments that will benefit the community.