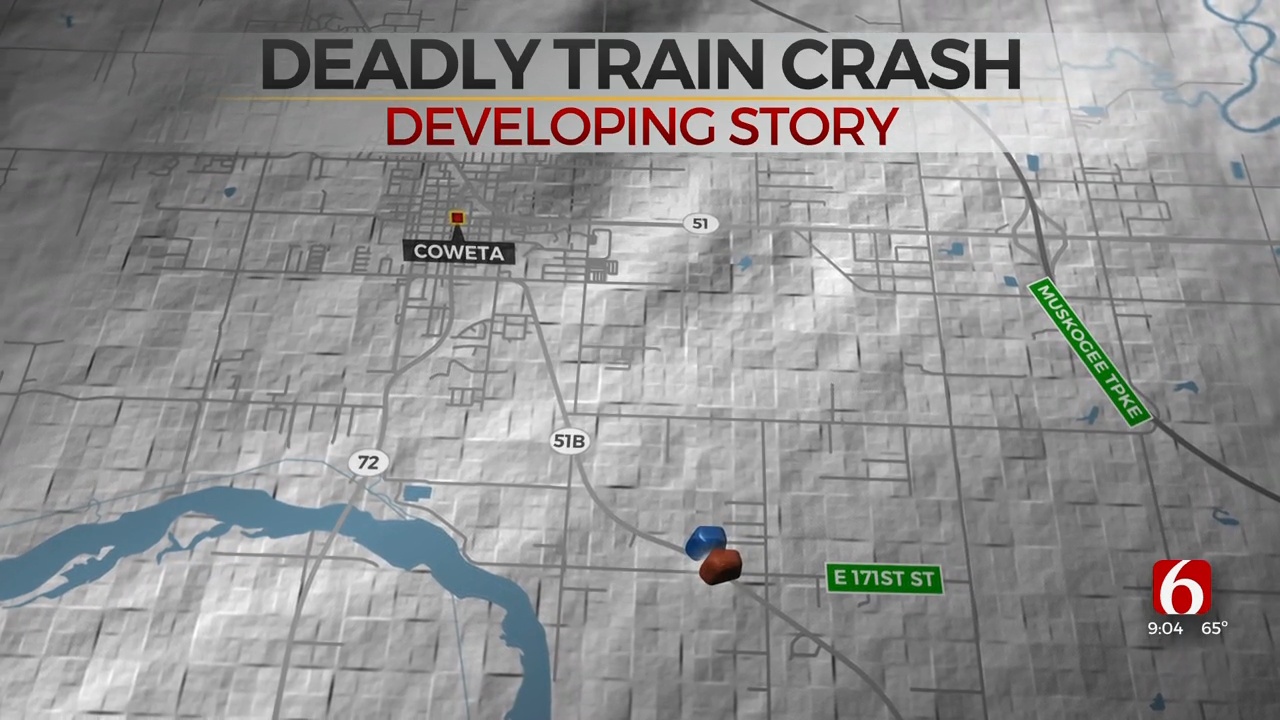 A man is dead after being hit by a train in Wagoner County on Thursday evening, according to Oklahoma Highway Patrol (OHP) Troopers.

According to troopers, the man was hit by a Union Pacific Train around 9:58 p.m. near OK-51B and East 171st Street South, about 5 miles south of Coweta.

Troopers say the man was pronounced dead on the scene by officials from the Coweta Fire Department.

Troopers have not yet released the identity of the individuals involved.

The accident is currently under investigation, according to OHP.