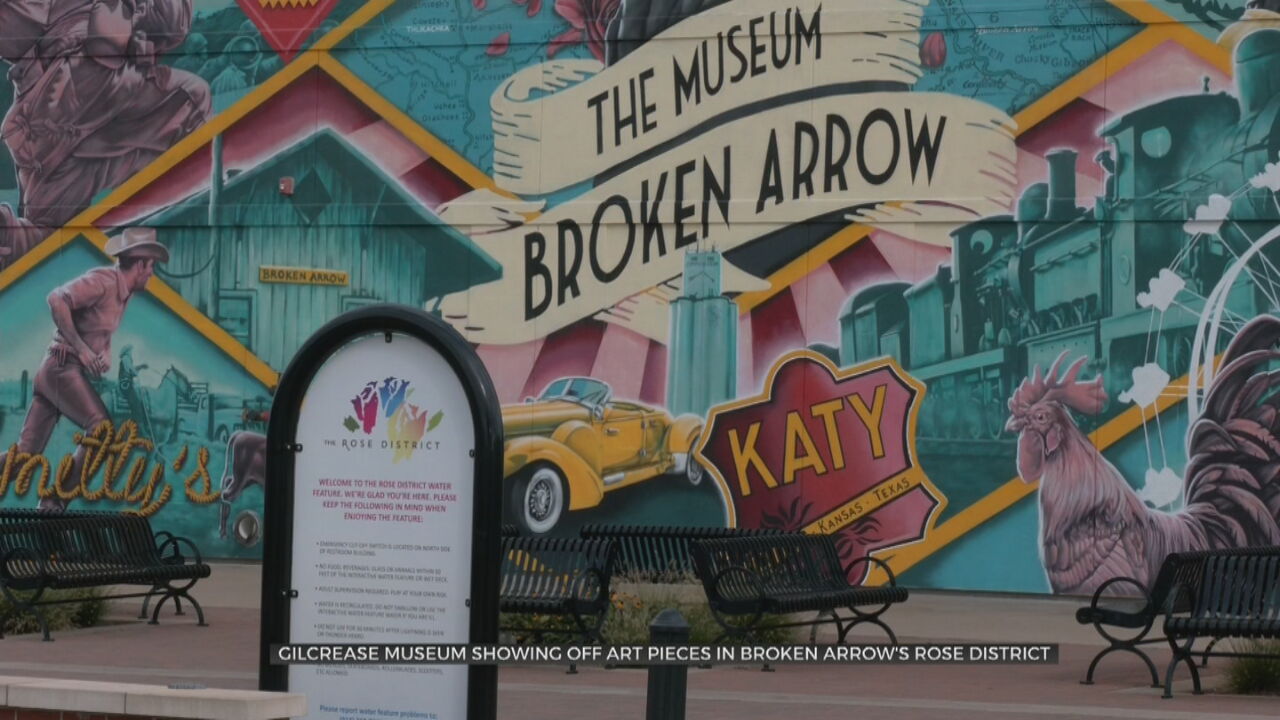 The Gilcrease Museum is currently under construction, but it's working to do what it can to show off its artwork through its program called 'Gilcrease In Your Neighborhood.'

Broken Arrow is one of the cities participating in the program. City Counselors gave the green light to move forward with the project at the most recent city council meeting.

The artwork will be displayed in the Rose District, at the intersection of South Main Street and East Fort Worth Street. However, it's not just Broken Arrow that's taking part in this program. There are about 30 locations all over Tulsa that will be joining in.

Over the course of a year, one piece of artwork will rotate through the display every three months with a total of three pieces going on display.

Brent Brassfield, the Rose District Coordinator in Broken Arrow also said that while city council gave the city approval, the community also got to participate in this project.

"This art was chosen by the public, and there were over 4,000 public votes on which art was chosen so it’s really an interactive thing. There’s going to be a QR code and programming available with the art, and we’re excited to get it going," Brassfield said.

However, even though the public has voted on the art pieces they would like to see, the pieces that will be selected remain a secret. City counselors did get some insight during the city council meeting.

The display's installation will begin on October 1, while the program will launch on October 21.

-This story was written by News On 6 Multimedia Journalist Jonathan Polasek.