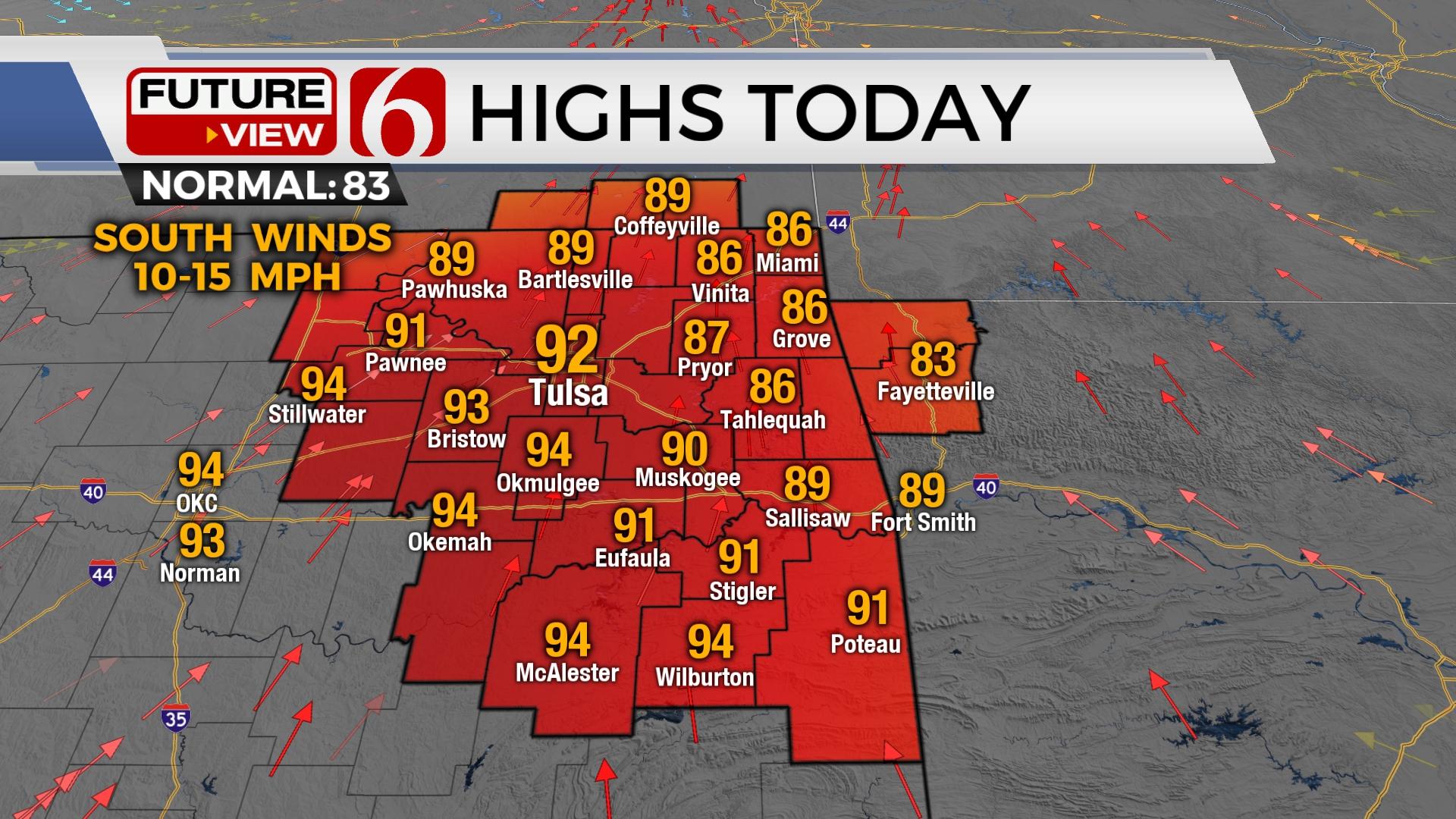 A cool morning is underway across Green Country, but warm temperatures quickly return. A cool and pleasant morning is underway with many locations starting in the upper 50s and lower 60s. The cool-down we experienced on Thursday across the northern areas will be short-lived. We’re moving above normal again on Friday and Saturday before a Sunday front brings more seasonal weather into the area next week. A large upper trough across the northeastern U.S. will steer Fiona into the Canadian Maritimes this weekend. A second disturbance will move across the northern plains today and early Saturday. Energy at the base of this trough will trigger a few scattered showers on Friday across southern Kansas. This activity should remain away from northern Oklahoma. The front that moved across the area Thursday will either become diffuse or possibly left northward as a warm front later on Friday. The result is mostly the same either way: increasing temps back into the lower to mid-90s from Tulsa southward, and into the upper 80s across the extreme eastern sections of the state. Data is a little muddy for Saturday but a small disturbance moving from the northwest to southeast may trigger a few highly isolated showers or storms Saturday. We’ve added a small mention for this period. A surface boundary arrives late Saturday into early Sunday with north winds and another barely mentionable chance for a shower or storm with this feature. North winds will increase some Sunday with afternoon highs in the upper 80s north and lower 90s south. The dividend of the Sunday front appears mostly next week with morning lows in the 50s and daytime highs near normal. The potential for a back-door boundary Tuesday into Wednesday is possible. If this occurs, the big benefit will be much drier air resulting in even cooler morning lows Wednesday and Thursday. This scenario, however, is yet to be confident.

The potential for a hurricane impact in the southern U.S. will remain for the middle to end of next week. A developing tropical system in the southern Caribbean is likely to become a named system soon and may approach Cuba Tuesday and the southern U.S near Florida Wednesday. Additional named storms are possible next week with at least two other distinct waves ejecting from the western African coastline. For more information about the tropics, please visit the link to my daily podcast listed below.

Have a super great weekend.