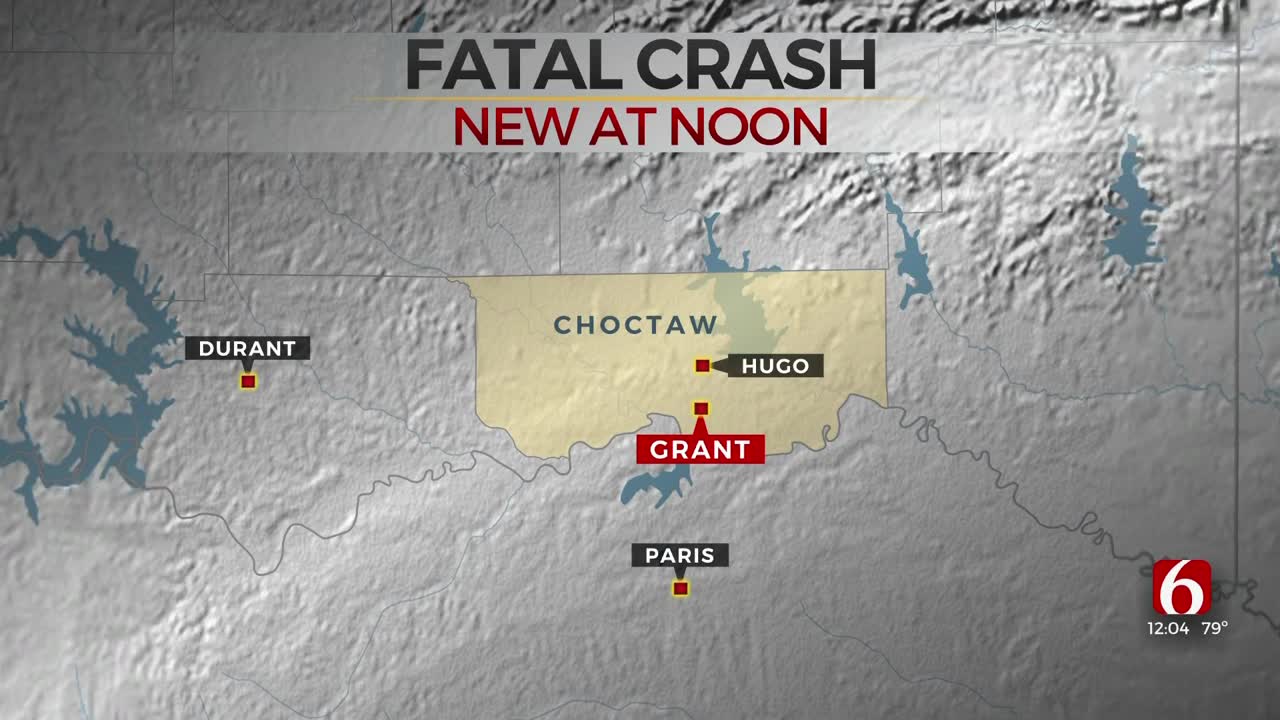 Two people including a 4-year-old girl are dead following a crash involving a semi in southern Choctaw County on Thursday afternoon, according to Oklahoma Highway Patrol (OHP) Troopers.

Troopers say Rekia Johnson was turning onto Highway 271 from a county road in the town of Grant when she pulled out in front of an oncoming semi.

Johnson and the girl died on the scene, according to troopers.

Another 4-year-old girl in her car was flown to a Dallas hospital and officails say she in a stable condition.

OHP says no one in Johnson's car was wearing a seat belt.