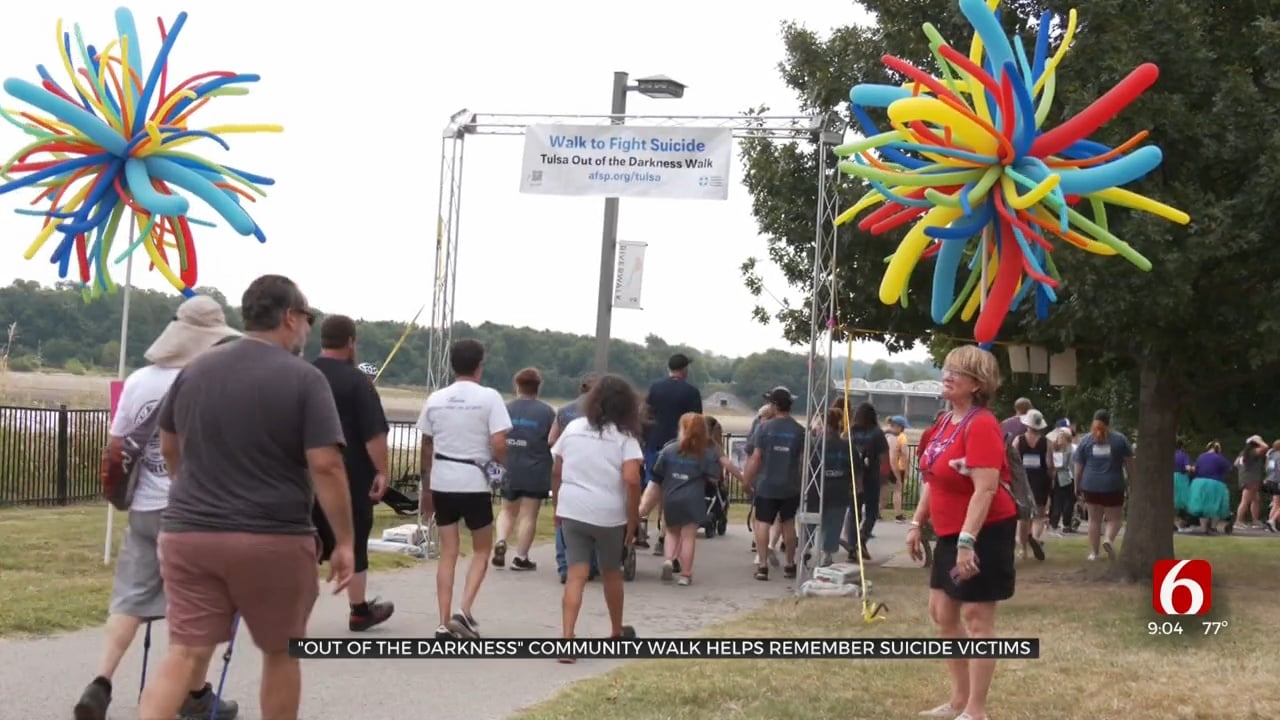 The Out of the Darkness Community Walk was held to help families and survivors of suicide. Suicide is devastating for the families left behind and it's the kind of death that's hard to understand and accept, but this walk helps families know they are not alone.

Jennifer Palmer is co-chair for the out of darkness walk and lost her sister to suicide in 2014.

She says the walk raises funds for the American Foundation for Suicide Prevention.

Half of the funds raised at the event helps support Oklahomans and the other half helps people across the nation.

"We just want to come and share hope to our community and were just here to fight for people's lives and or support those who have lost a loved one," Jennifer said.

Jolene Hoffman Lefay says she attends the walk every year to support her brother Kris, who died by suicide in February 2000.

She said more than 20 walkers wore t-shirts to honor her brother.

"He was awesome, we weren't even a year apart and there were four of us all together and we were really close," Jolene said.

Jolene says attending this walk is a way of supporting other families and people who may not have found support.

"I think family support is the best thing to have especially if you're depressed or have something going on," Jolene said.