By: News On 6, MaKayla Glenn 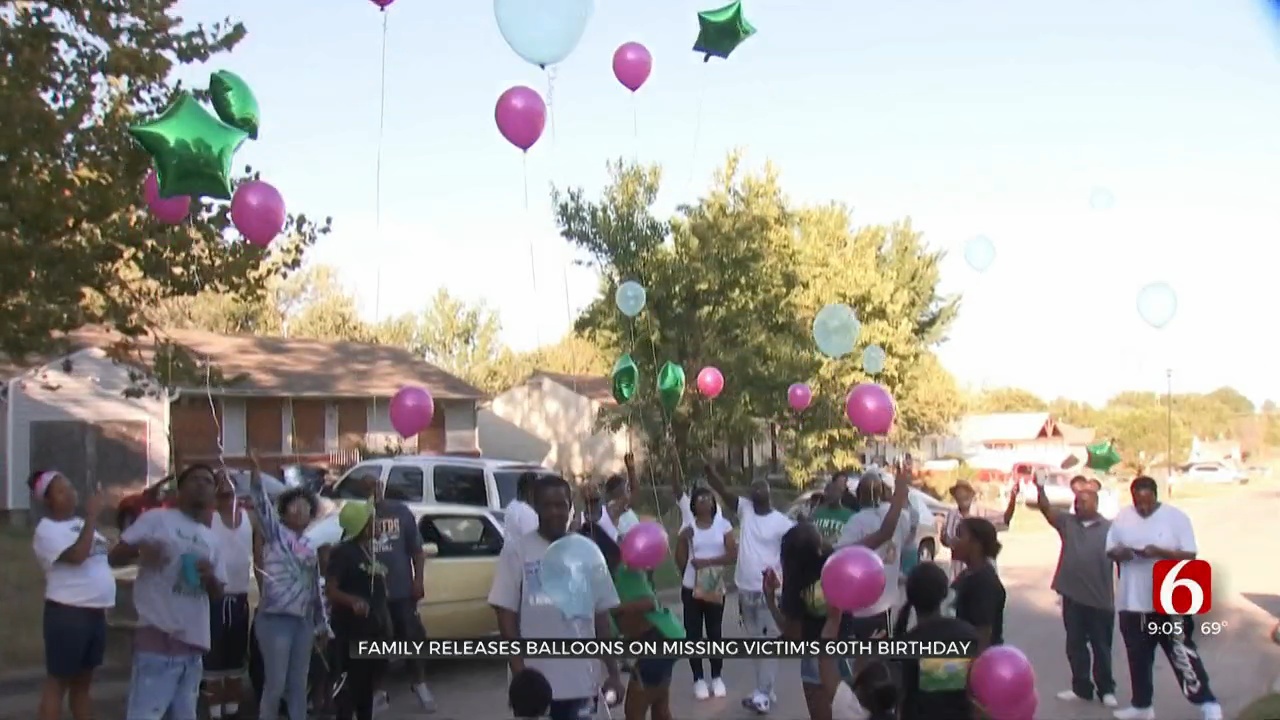 A Tulsa family is releasing balloons in hopes of keeping their missing loved one's memory alive.

Tina Pitts disappeared in November of 2006. Every year since her family and friends gather to release balloons in her honor.

Tina's 60th birthday is Sunday, and her sister Angie Pitts said she still has hope Tina is alive somewhere, but most of all their family would like closure.

"Tina was a funny person, a laughing person, a loud person, you have to really push her. She would give you the clothes off of her back," Pitts said.

The family says they do small things like this every year on her birthday to keep her memory alive.

Tulsa Police found Tina's blood in her boyfriend's truck at the time she went missing, but there wasn't enough evidence for an arrest. If you know anything about Tina's Disappearance call Crime Stoppers 918-596-COPS.