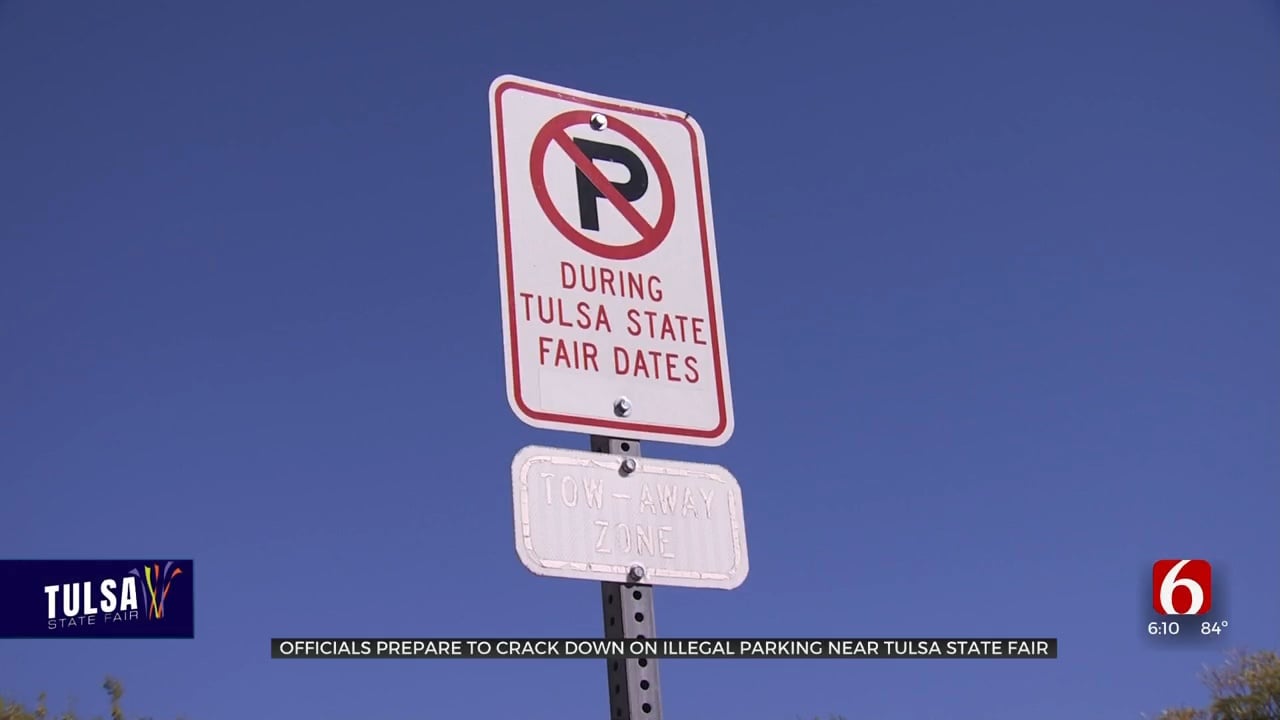 Tulsa Police and city code enforcers are getting ready to patrol midtown neighborhoods for each day of the Tulsa State Fair. Visitors are encouraged to follow city ordinances and pay attention to signs to avoid fines.

There will be no shuttles for this year’s event, and any on-site parking will require payment. Parking enforcers said those reasons are why many people will be looking to park nearby in surrounding neighborhoods.

“We will write hundreds of tickets before the end of the 11 days of awesome,” said Michael Rider, City of Tulsa Zoning and Sign Official.

The city has specific ordinances that fairgoers should be aware of.

“The most common things that we see is parking on grass, parking more than 12 inches off the curb, or J-parking,” said Rider. “J-parking” is described as parking against the flow of traffic.

Midtown Tulsa residents also received a reminder that it is against the law to charge people to park in yards. Tulsa Police said breaking any of the rules can end with a fine.

“The Tulsa State Fair can be a very hectic time for law enforcement,” said Lt. Paul Madden, Tulsa Police. “We have a lot of out-of-town and out-of-state entities coming in.”

People parking in nearby neighborhoods along 15th Street are encouraged to use the newly-installed LED crosswalks.

“There is a fine for jaywalking and not crossing an intersection when a crosswalk is available,” said Madden.

Visitors are encouraged to pay attention to signs in neighborhoods before putting it in park over the span of the fair.