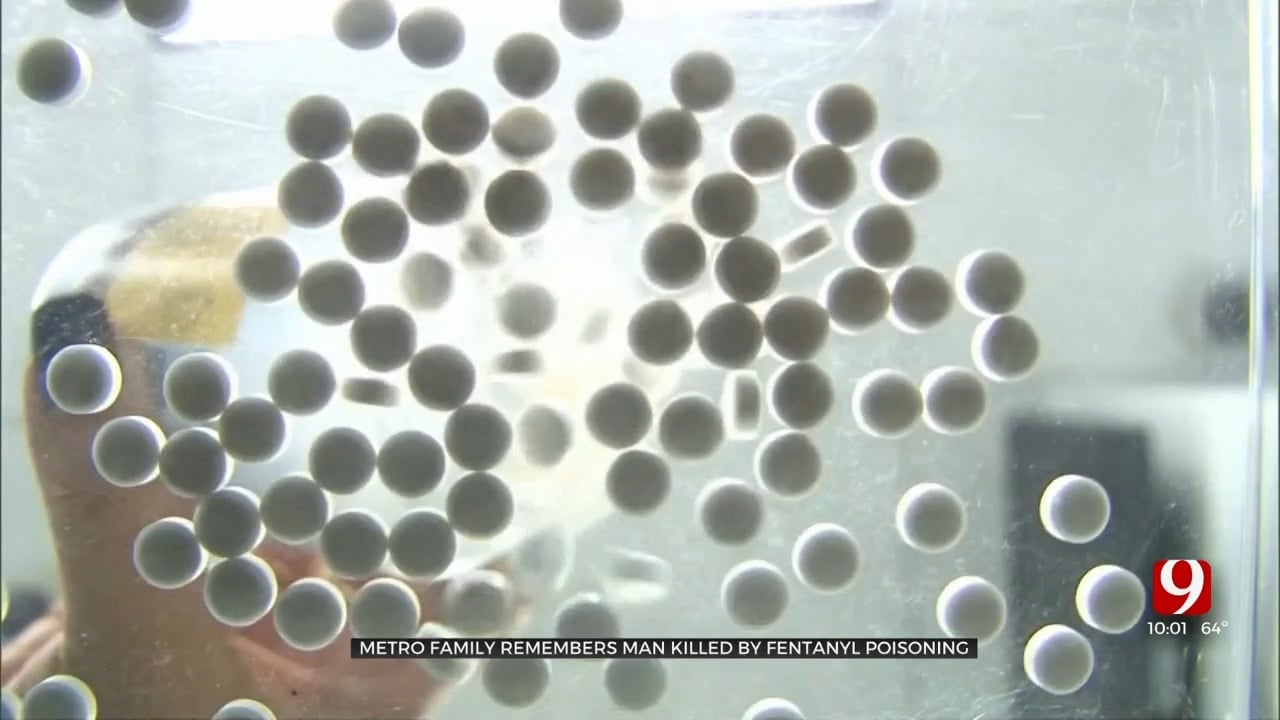 Fentanyl overdoses are increasing at an alarming rate both here in Oklahoma and nationwide.

The Oklahoma Bureau of Narcotics tells News 9 fentanyl overdoses increased by over 660% from 2018 to 2021.

OBN said it's now being found in a variety of drugs including heroin, methamphetamine, cocaine, ecstasy, and even some shipments of marijuana.

"We see people of all ages overdosing. However, overdoses from these counterfeit Oxycodone pills containing fentanyl are frequently young adults ranging from 18-28," said Mark Woodward with OBN.

He said people are not just lacing oxy pills anymore.

"Law enforcement continues to investigate more cases involving fentanyl year after year as fentanyl continues to grow in popularity and is being found now in heroin, methamphetamine, cocaine, ecstasy, and even some shipments of marijuana," said Woodward.

He explained how a lot of these dangerous drugs are traveling through Oklahoma.

"Most illegal drugs consumed in the US are sourced by the cartels out of Mexico. The main entry points into the US are in south Texas, southern Arizona and southern California, which means a large amount of drug shipments are coming through Oklahoma along I-35 and I-40 destined for places like Florida, Boston, Chicago, New York and other locations around the east and northeast parts of the US," said Woodward.

News 9 spoke with a family who is grieving the loss of their loved one who died from Fentanyl poisoning.

Rylee Chase Carpenter was 29 years old when he lost his life to fentanyl poisoning in April. His mother and sister said they will continue to work to raise awareness on the deadly drug, in hopes that other families don't have to end up like Rylee.

“Rylee was a very unique individual," said his mother, Lisa.

“He did not follow the construct of social norms- at all," said his sister Ashton.

Rylee battled substance abuse for 16 years. It started at 12 years old with marijuana. His mother and sister say they were by his side during his fight to battle substance abuse.

“He had to fight," said Ashton.

They said Rylee didn't always fit into the crowd and always strived to be his own person. They said because of this, he looked to drugs many times to cope with what he was going through.

In November, Rylee almost lost his battle when he overdosed on fentanyl. But the people with him at the time administered Narcan, bringing Rylee back.

His mother said after this happened; he knew he needed to get help.

“He was just so insistent, ‘mom I have to get help fentanyl is going to kill me,’" said Lisa.

"It scared him, he didn't want to die so he knew he had to get off fentanyl.”

After that, Rylee went straight to California on his own dime to get the help he needed.

“He was clean 82 days. He came home and 5 days later he decided to do another drug," said Lisa.

That drug was not fentanyl, and Lisa said it wasn't his first time doing the drug. But what Rylee didn't know was that it was laced with fentanyl.

"Fentanyl killed him anyway. But this time, he didn’t know he was taking it. He didn't know that's what was in what he had taken. He was poisoned. He was deceived and he was murdered by fentanyl," said Lisa.

"They can't go out and do recreational drugs anymore because fentanyl is in everything now," said Lisa.

“It's so surreal," said Ashton.

This heartbreaking loss is why Rylee's family is continuing to raise awareness of the deadly drug, and how quickly this could happen to somebody else.

"I can't be quiet about this. Rylee was meant for something big we just didn't know it was going to look like this," said Lisa.

“I'm sad that we had the world only 29 years of him because he had so much to offer and gave so much in just the 29 years he had.”

“He didn't want to die, but he did. Now we're left with our pictures and our memories.”

Lisa and Ashton say even if sharing their story can help one person, or one family, they will feel accomplished. Lisa has made it her life's mission to continue to raise awareness and has started a non-profit in Rylee's name. She has traveled across the U.S. and will continue speaking here in Oklahoma about Rylee's story, and fentanyl poisoning.