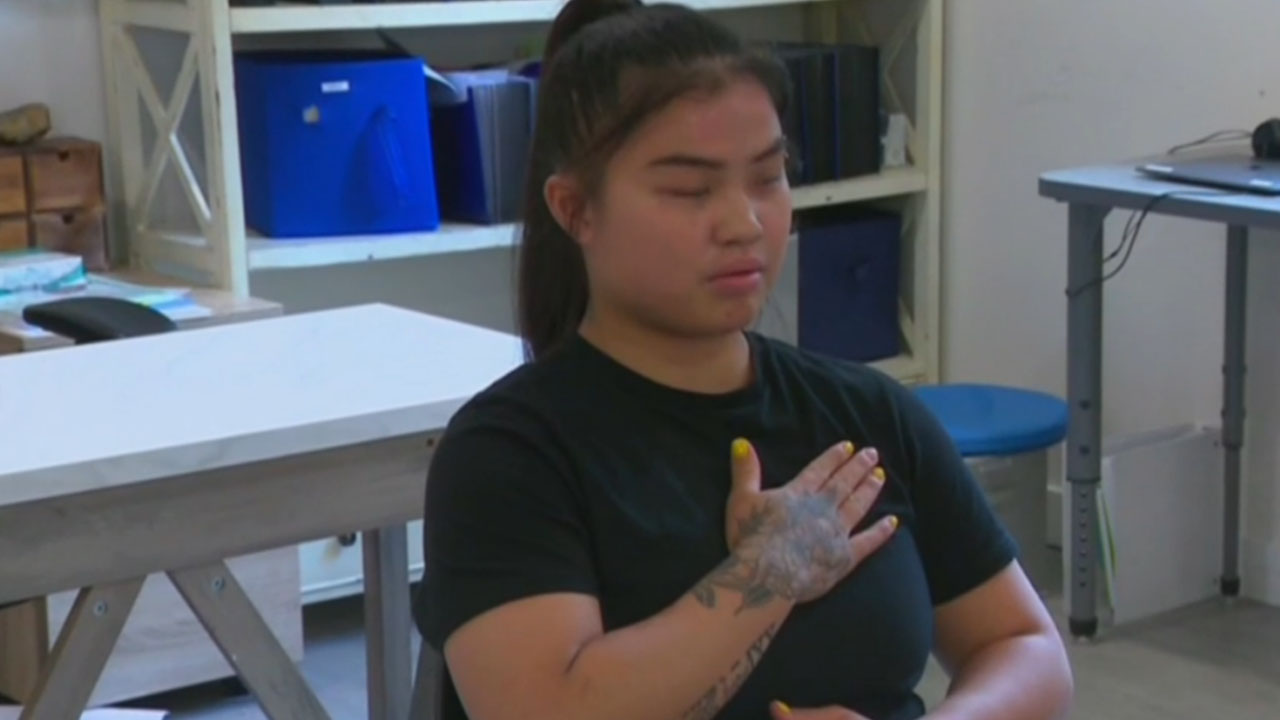 Emma Wanstall has learned it's OK to ask for help. The 18-year-old former cheerleader started treatment for her mental health in July after she fell into a deep depression during the pandemic.

"It got to the point where I overdosed," she said. "I was planning on going to bed that night and not waking up in the morning."

At first, Wanstall struggled opening up to her parents about her mental health, saying she felt like it would "make them feel they failed as a parent."

Suicide is the third leading cause of death among people aged 15 to 24 in the U.S., according to the Centers for Disease Control and Prevention. Since 2019, the number of teenage girls who have been suicidal has increased 50%, according to the CDC.

Samantha Quigneaux, a family therapist at Newport Healthcare, said it's getting worse because of "the pressure of the return to normalcy."

"We're trying to get back to normal when we've all lost out on some skills," Quigneaux said.

She says parents should look for changes in behavior, such as isolating from friends, substance use, self-harm or eating disorders. It's "absolutely" OK to talk with your child about suicide, she said.

Wanstall is learning to cope through various therapies and now relies on boxing as an emotional outlet.

"You're not alone," she said to other kids suffering from depression and possibly thinking about suicide. "There is a lot of people out there that are going through the same thing as you. It's hard, but you have to face it head on."

If you or someone you know is in emotional distress or suicidal crisis, call the National Suicide Prevention Hotline at 1-800-273-TALK (8255).

For more information about mental health care resources and support, The National Alliance on Mental Illness (NAMI) HelpLine can be reached Monday through Friday, 10 a.m.–6 p.m. ET, at 1-800-950-NAMI (6264) or email info@nami.org.