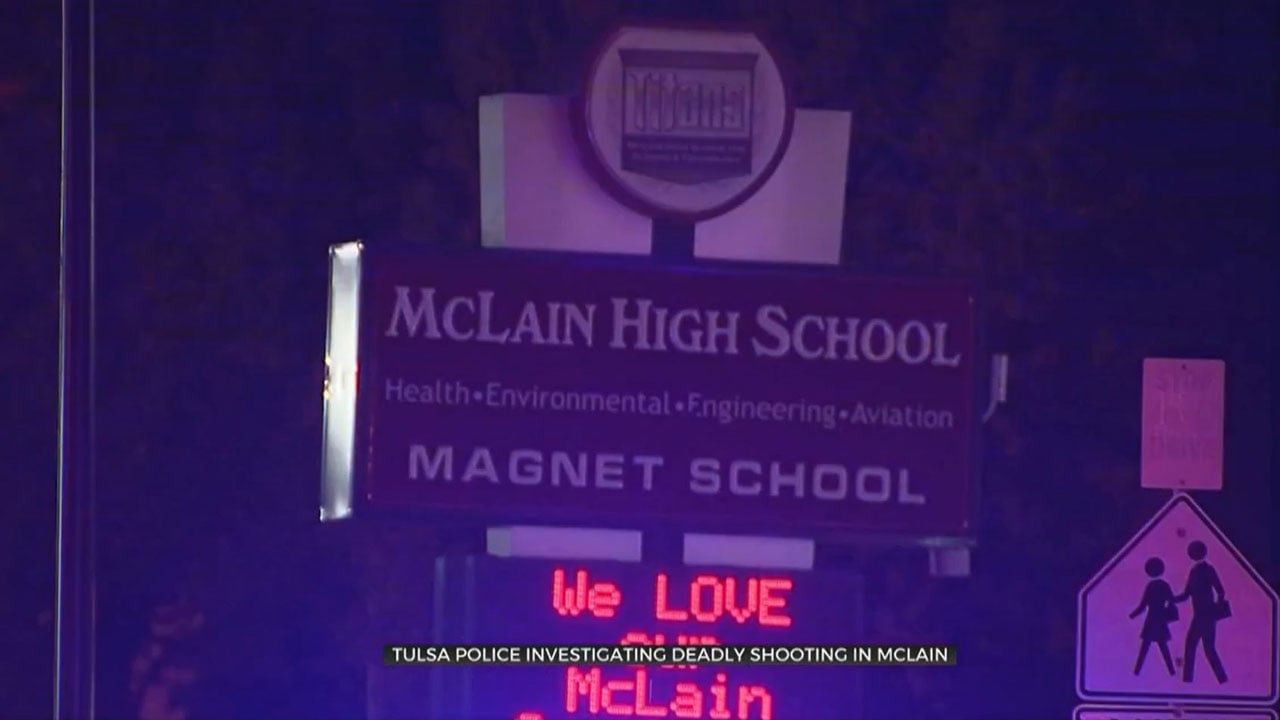 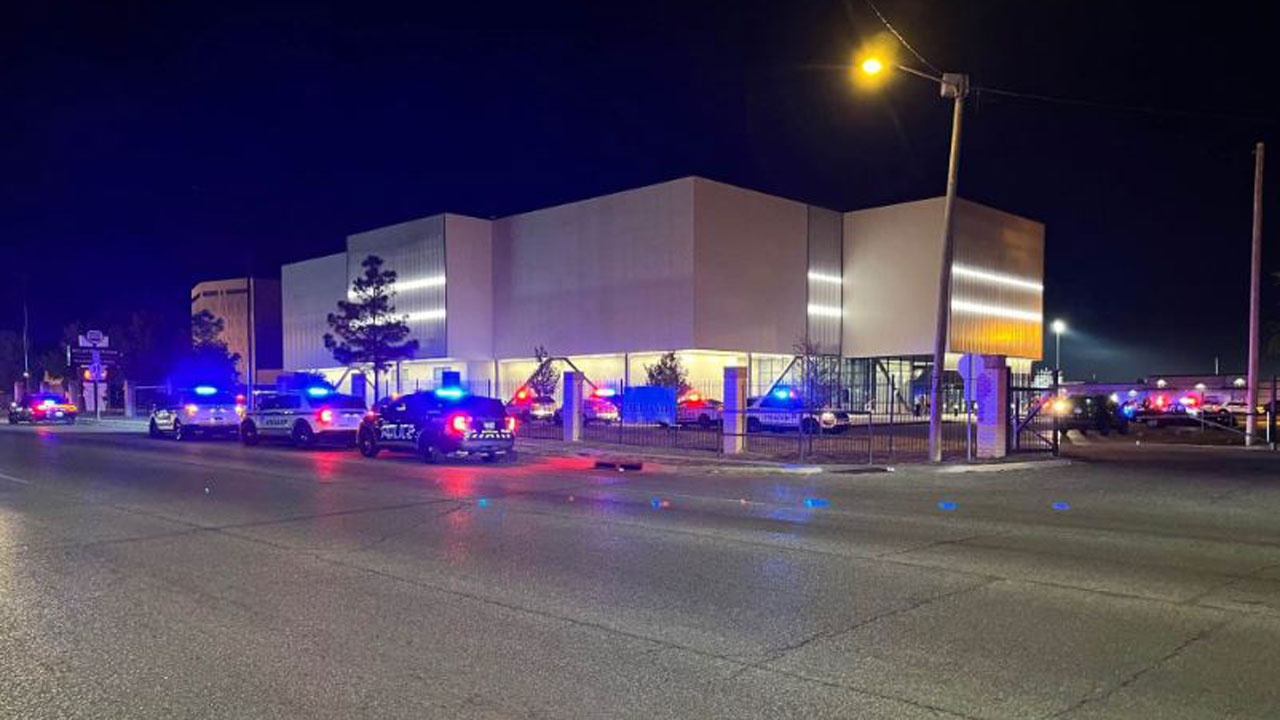 At least one person was killed in a shooting at McLain High School Friday night, according to Tulsa Police.

The school is located at 4929 N. Peoria Ave. Tulsa Police are asking people to stay away from the area.

Police are searching the area house by house with a K9 unit to find the suspect. The suspect is also a teenager and considered armed and dangerous, police said.

Tulsa Police Department released this statement on its Facebook page:

This evening just before 10:00 p.m., Officers responded to McLain High School near 4900 N. Peoria for a shooting. When Officers arrived, we found two victims amongst the crowd of hundreds. One 17-year-old male was pronounced dead at the scene. Another 17-year-old was taken to a local hospital in critical condition, but has improved to stable condition at this time. Dozens of Officers converged in the area assisting with crowd control and looking for the suspect. Our K-9 Unit and several Officers scoured the nearby neighborhoods as we believe the suspect took off on foot. Unfortunately, the trail went cold. At this time, we believe the suspect to be armed and dangerous, and the only description we have is a 17-year-old Black male. Homicide Detectives are actively working this case. We hope that of the hundreds of people here, some will come forward and help with this investigation. If you have any information, call the Tulsa Police non-emergency number at 918-596-9222.

@TulsaPolice are responding to a shooting scene with potentially multiple victims. We are still working to get control of the area and determine additional information."

Tulsa Will Rogers also released a statement in response to the shooting:

This is a developing story. Refresh this page for updates.