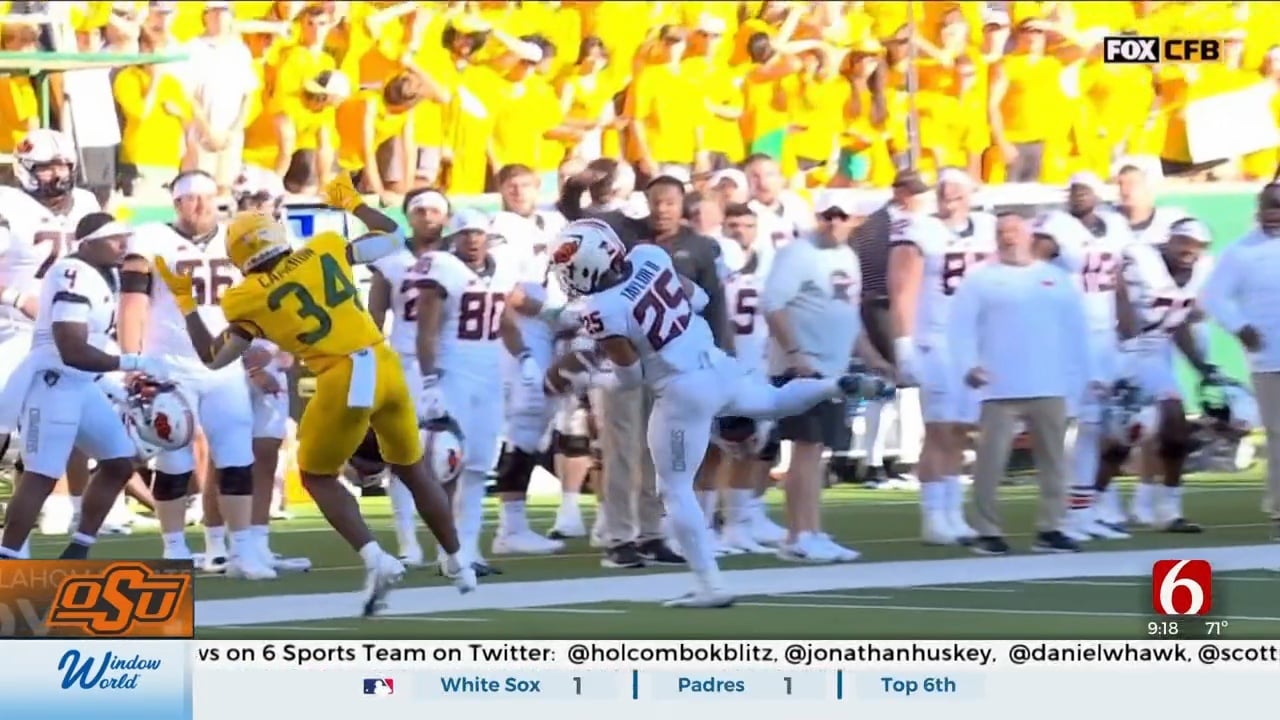 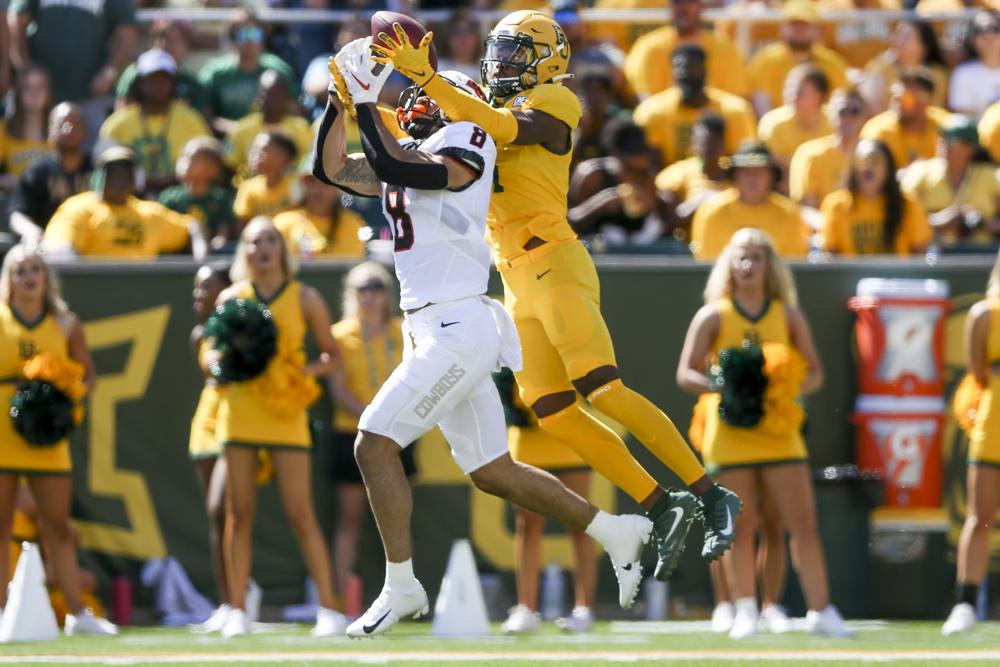 Oklahoma State opened Big 12 conference play against the defending champion Baylor Bears on a week of rest after pummeling Arkansas Pine-Bluff in Stillwater. The Cowboys entered the game undefeated as Baylor touted a 3-1 record with its only blemish coming from a ranked BYU team in a wild overtime game in Provo.

In the 21-16 Baylor win last December, the Cowboys fight and clawed their way back from a 21-6 halftime deficit to get a shot at the goal-line with one play left in the game. On that play, running back Dezmon Jackson bounced outside to reach for the left pylon, eyeing a birth in the College Football Playoff, before coming up just inches short.

Fast forward ten months later and the Cowboys got the last laugh. Sanders efficiently picked the Bears defense apart, throwing for 181 yards and 1 touchdown with another 75 yards rushing and a touchdown on the ground as Oklahoma State defeated Baylor 36-25.

Two weeks ago, the Cowboys made program history on special teams. In that game against UAPB, Oklahoma State blocked both a field goal and a punt and returned them for touchdowns. This week, although not as exciting, the special teams unit lifted the Cowboys and played a massive role in the win.

Rarely do coaches get praised for punting the ball, especially inside the opposing teams 40-yard line. But for Coach Gundy on Saturday, it paid off early in the second quarter.

Gundy opted to punt the ball from the Baylor 39-yard line on fourth-and-four, which at the time seemed questionable. The Cowboys punt team downed the Bears at the 2-yard line and on the next play, Richard Reese was tackled in the endzone for a safety.

In a matter of minutes, OSU went from possibly giving Baylor solid field position if they didn’t convert the fourth down to a 9-3 lead with possession of the ball.

Yes, maybe Baylor should have just ran up the middle instead of going with the toss play, but the Cowboys still stepped up and made the stop.

The other strongpoint for the OSU special teams unit is the kick return team. Brennan Presley and Jaden Nixon combined for 207 kick return yards and 1 touchdown, constantly putting the offense in great field position.

Nixon is the freshman running back you may not have heard of before Saturday. To start the second half, Nixon fielded the kick at the 2-yard line and took it 98 yards for the touchdown.

His speed gave OSU a 23-3 before Baylor fired back, but it wasn’t enough for the Bears to get the win.

Coming into this game, Sanders’ performance against Baylor had become a narrative. In December, Sanders threw four interceptions that inevitably doomed Oklahoma State, even though they had a chance to win it at the end.

That’s the key, after four turnovers the Cowboys could still win the game. It would be safe to assume that cutting down the turnovers would give OSU the edge and it did on Saturday.

Overall, Sanders had thrown 10 interceptions versus the Bears during his time in Stillwater. He wasn’t perfect on Saturday, he still tossed a late pass that got picked off and led to a Baylor touchdown, but on his next pass attempt he hit Braydon Johnson deep down the right sideline for a 49-yard catch. That led to another touchdown (30-17).

At the end, it was Bears’ quarterback Blake Shapen that turned the ball over too many times. Both came late in the fourth quarter as he was trying to lead the team down the field to tie the game.

Thomas Harper and Jason Taylor II made those interceptions for the Cowboys.

The Cowboys stepped up and made the big plays when they needed them most, leaving Baylor in the rear-view mirror, along with that pesky interception narrative.

Third Takeaway: Won’t Back Down

The first real test for Oklahoma State came on Saturday. Wins over Central Michigan, Arizona State and UAPB to start the year just don’t compare to the first true road game against a conference opponent.

The Cowboys may have started down 3-0 after a ten-play drive by Baylor (the only time the Bears lead all game), but the Cowboys answered right back like they did all evening in Waco.

What’s the best way to respond after your opponent goes 59 yards in four minutes?

How about a 15 play, 75-yard touchdown drive capped off with a Randy Moss-like catch by Bryson Green in the endzone? That’ll take the energy out of the stadium.

The Cowboys were up twenty points in the second half before back-to-back touchdown drives made it 23-17. The Sanders interception may have spooked some Cowboys fans as it seemed the momentum had shifted, but OSU showed again it won’t back down.

The Cowboys scored another touchdown in three plays if you count the kick return. Presley returned to the kick to mid field, Johnson caught his 49-yard pass and then Richardson ran it in for the touchdown. 30-17.

Even though Baylor still had time, OSU had proved it was ready for the big stage by not letting one or two bad plays bring the whole team down.

Next week, Oklahoma State hosts the Red Raiders at 2:30 p.m. as they look to improve to 5-0 overall on the season.