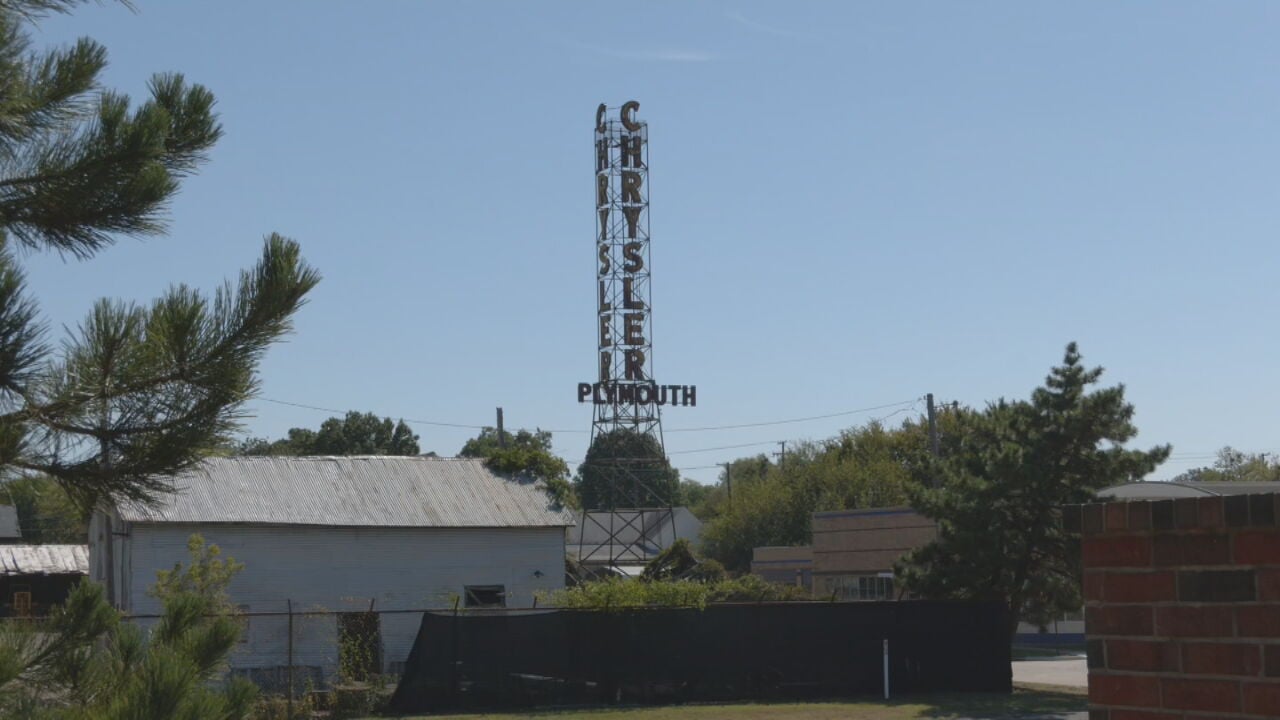 The Bristow Historical Society is trying to restore a historic sign just off Route 66.

The historical society said they need more than $250,000 to complete the project, but they're hoping to get it done.

The Chrysler Plymouth sign in Bristow was once the largest free-standing advertising tower in the Southwest.

"Not Fort Worth, Not Dallas, not Oklahoma City, in Bristow, Oklahoma," said Joe Trigalet.

"The sign was lit up, it was neon, and it could be seen six miles away when it was lit up at night," Joe said.

Joe Trigalet with the Bristow Historical Society said the society has hopes to bring it back to how it was when it was built in 1949.

But they have a long way to go, with a lot of money to raise and a lot of work to do.

"We've got to soda blast it, and repaint it, the letters all have to be refurbished, the transformers that were on there from the original neon are like 70 years old," he said.

He said they've set up donations on the website and sell keychains in hopes they'll get enough money to do even a little bit of work to the sign.

He said it's all part of the long-term goal to get people to stop when they drive through Bristow.

"We're trying to get people when they come through Bristow, to stop. We want them to stop, and that would be part of that," he said.

Trigalet said he hopes to have the sign restored by the centennial of Route 66, which is 2026.