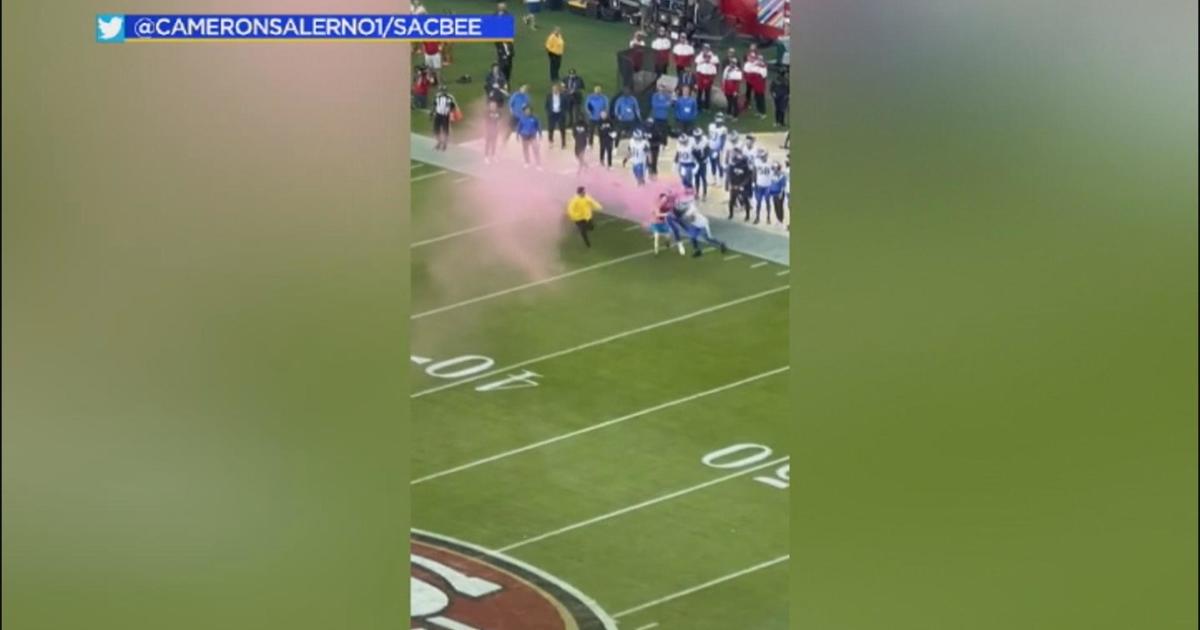 Rams linebacker Bobby Wagner hit-sticked a streaker that managed to get away from security during an on-field escapade.

With under a minute before halftime, the fully-clothed streaker dodged security and made it sideline-to-sideline during the Los Angeles Rams' Monday night matchup against their divisional rival the San Francisco 49ers.

Security struggled to keep up with the fan, who was caring a pink smoke grenade.

However, when the fan reached the Rams' sideline the 6-foot, 241-pound Wagner tackled him to the ground. Security promptly detained the streaker and the game resumed shortly after.

Linebacker Takkarist McKinley also chased down the streaker but Wagner intercepted the fan before McKinley could hit him.

The Rams would eventually lose 24-9.