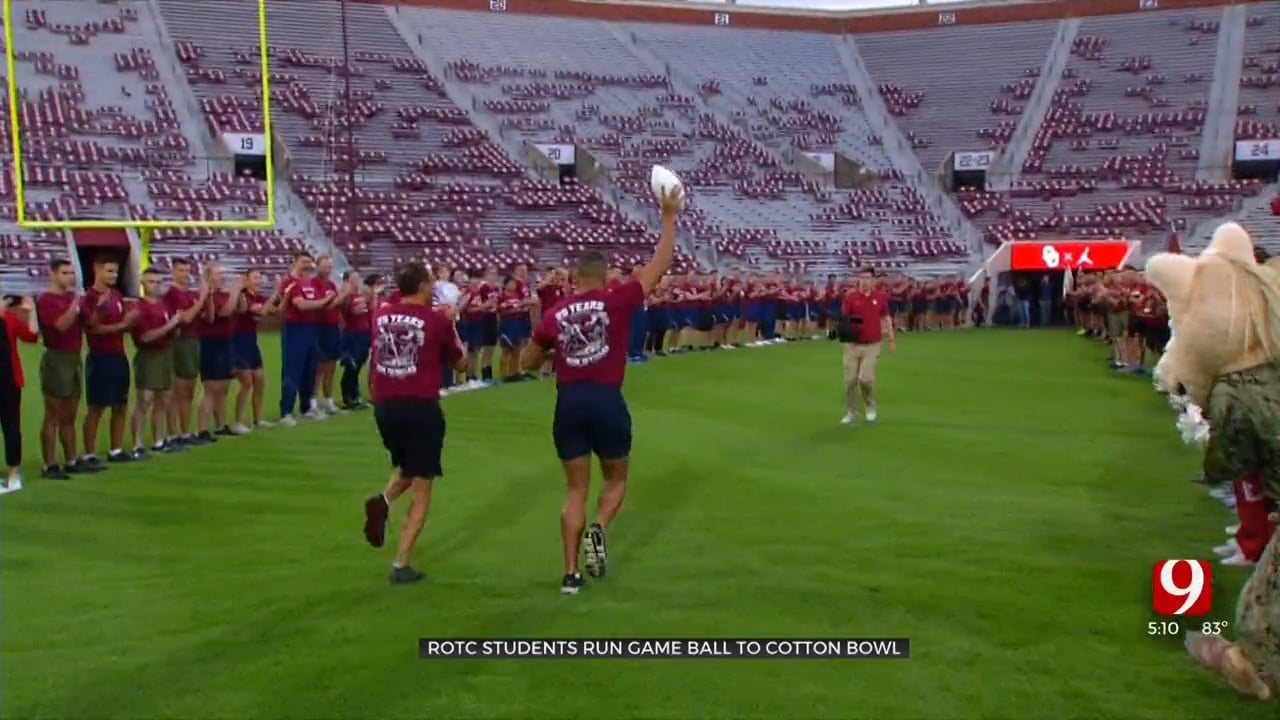 2022 marks the 25th anniversary of an OU tradition as men and women from the Naval ROTC met at Gaylord Family Memorial Stadium Wednesday morning to get OU's game ball from Norman to Dallas.

The 200-mile journey will take about three days of stamina to get the ball across the Red River.

Two NROTC members will run at a time. They will trade off with the men and women taking breaks inside a van, which will follow them.

At the end of the run, OU and Texas members of ROTC will compete in flag football, soccer and tug of war. The group who wins those competitions is said to win the football game Saturday.

OU coach Brent Venables handed off the game ball to Battalion Commander Jermaine Wells, who hails from from Lawton.

"Our physical fitness program is intense,” Wells said. “We do a lot of running and body weight exercises. We are not training for this, but the training we do gets us prepared.”

There is no doubt that this pigskin will make it to the Cotton Bowl Stadium, but who will be throwing it?

That is the question Sooner fans everywhere are asking.