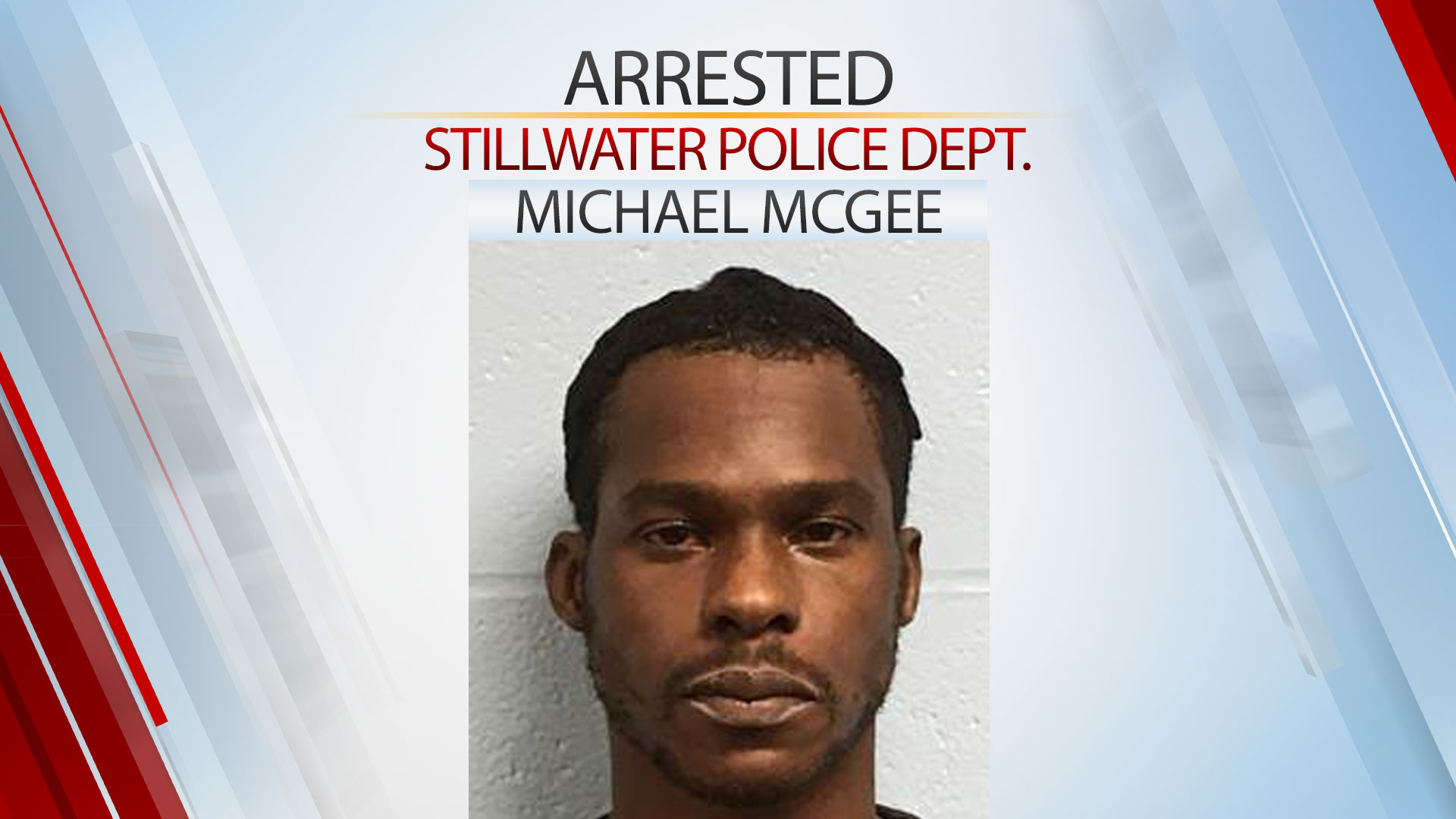 Stillwater police have arrested a man in connection to multiple incidents in Stillwater.

Police responded to the scene at a home near West 7th Avenue and 3290 Road in reference to a physical domestic investigation at 9:19 p.m. on Tuesday.

When officers arrived on the scene, they contacted the suspect’s mother who was injured.

The suspect was identified as Michael McGee, and he fled the home before officers arrived, police said.

Officers were dispatched to the area near 4500 West 6th Avenue due to a possible sighting of McGee on Thursday at 8:40 p.m.

Officers weren’t able to locate McGee at the time.

At 9:51 p.m. a Stillwater police officer observed McGee in the parking lot at a convenience store at 1010 West 6th Avenue.

The officer requested an additional unit before making contact with the suspect.

Officers attempted to arrest McGee when he struck an officer in the face, causing the officer to knock backwards

McGee struck another officer in the face, causing him to fall to the ground.

McGee attacked the first officer again, causing a laceration above the officer’s eye.

Additional officers arrived on the scene and took McGee into custody.

The two officers that were injured were both transported to the hospital and have been treated and released, according to police.