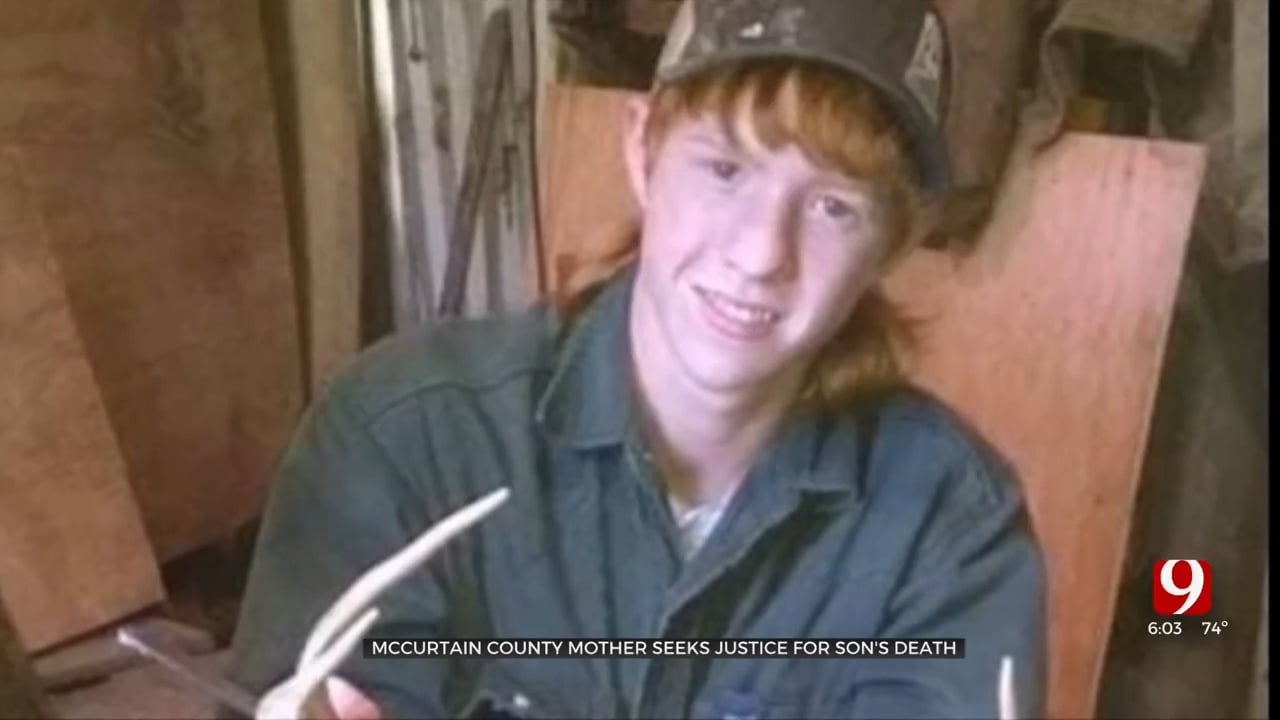 A former Eagletown Public Schools teacher was arrested last week for crimes involving children, some that happened while he was employed at the district.

Ian Cassidy Highful was arrested last week in Clute, Texas for seven felony counts including five counts of child sexual exploitation, one count of aggravated possession of child pornography and one count of indecent exhibitions.

The charges stem from events and evidence related to a 2017 case in McCurtain County.

One Eagletown mother says her son, Trabow Minchew, died by suicide after he was raped and harassed by Highful.

“If you ask his siblings, he was probably my favorite... he lived like 200 yards from me so anything he wanted he pretty much got,” said Melody Minchew.

Trabow Minchew was 22 when he died. He and his mom were close.

“He was in ag and he was in rodeos and he was just the regular ol' boy,” Melody Minchew said.

His final resting place is right next to where he lost his life in 2021. She buried him in the backyard.

“I remember when my little boy ran across the yard and he told me that Tra had killed himself. I ran in there and he killed himself to ‘Boy raps about mom’s recovery’. When I was laying on his body with no face, the second part of that song is ‘look at us now mom, where all we’ve come.’ and I literally…he was so proud of my recovery,” she said.

Melody Minchew began a renewed fight for Trabow’s story to be heard.

“And I wanted to die with him. But now I’m so glad that just one person heard me, and we got an arrest,” she said.

“In June of 2021, the district attorney requested that we reopen this case. I was unaware of the case until that time,” Capt. Manning said.

In 2017, Eagletown Schools teacher Ian Highful was discovered having thousands of photos including pornographic images. Several students, including Trabow Minchew, were identified.

“I had no clue that he was having to send in nudes for better grades. I had no clue,” Melody Minchew said.

She said Highful would show up to parties with students.

‘AFTER ONE MIXED DRINK I FELT REALLY MESSED UP. I TRIED TO GET UP AND COULDN’T. I SEEN THAT MY OTHER FRIEND WAS PASSED OUT TO. THAT NIGHT, IAN HIGHFUL RAPED ME. MY MOM FOUND MY PANTS COVERED IN BLOOD AND RUSHED ME TO THE HOSPITAL.’

He’s referring to a 2017 incident where he said Highful drugged and raped him at a party.

Melody Minchew says the assault was reported to the police, but the evidence went missing at the McCurtain Co Sheriff’s Office.

Melody and two other parents filed protective orders against the teacher but Tra kept having to go to Highful’s class.

Charges were never brought against Highful for the alleged assault or the discovery of pornographic images.

Capt. Manning said she was not at the MCSO at the time and was unsure of why Highful was not convicted.

Highful was suspended from Eagletown schools eight months after the alleged assault for a separate issue.

Trabow Minchew’s suicide in June of 2021 brought new attention to the case.

“That kind of…brought everything to light,” said Capt. Manning.

Manning reached out to victims from the 2017 case.

“The victims that are included in this case where charges have been filed, they were initial victims. We just reached back out to those victims, they reidentified those photos, basically gave the same disclosure they gave in 2017,” Capt. Manning said.

She says there is more work to be done.

“There are other victims that we have not interviewed. Just people…it's really something they don’t want to talk about,” she said.

Capt. Manning said there could be up to 30 victims.

“I honestly can’t say but I’m going to say a lot. I can’t give you a specific number. But there’s going to be a lot of children. Now adults, but they were juveniles then,” she said.

She is also investigating the possibility of other perpetrators.

“Tra should have been enough, and he knew he wasn't enough for this case,” said Melody Minchew. “I just wish he knew he was enough,” she said.

The FBI and the State Department of Education are now investigating.

If you have any information, contact the McCurtain County Sheriff’s Office at 580-286-3331.

News9 reached out to Eagletown Public Schools multiple times for this story but did not receive a response.