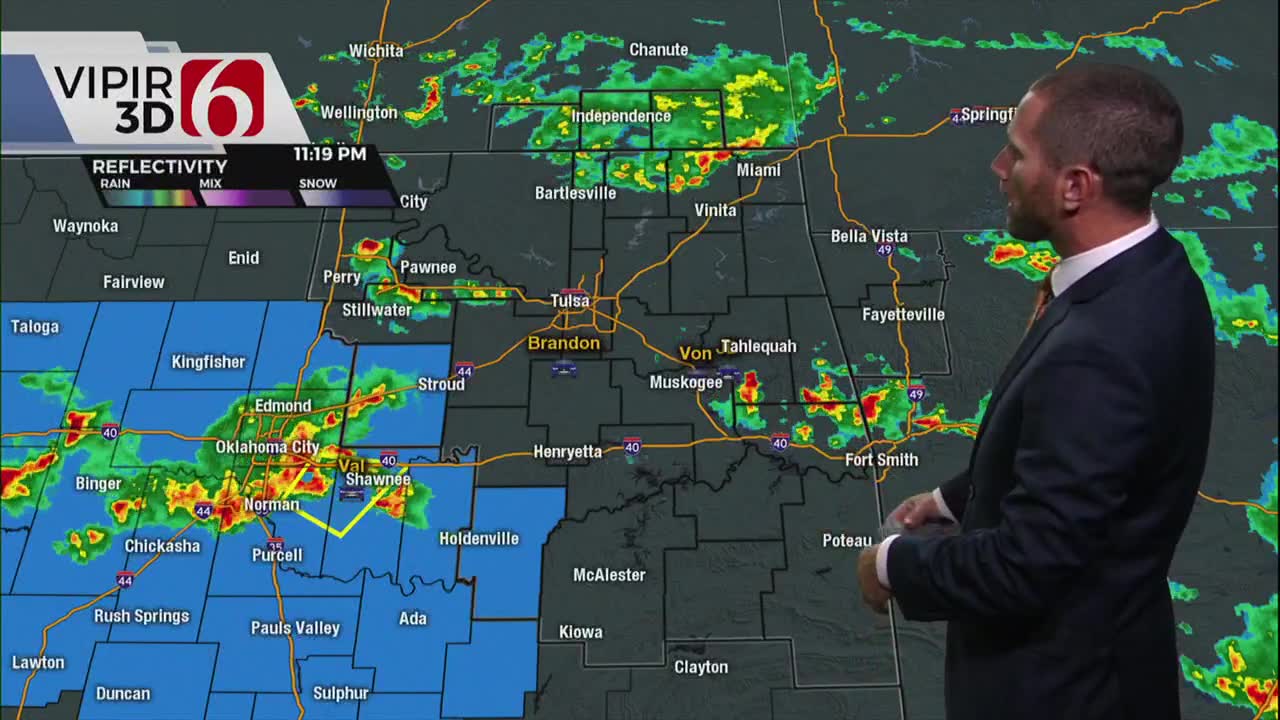 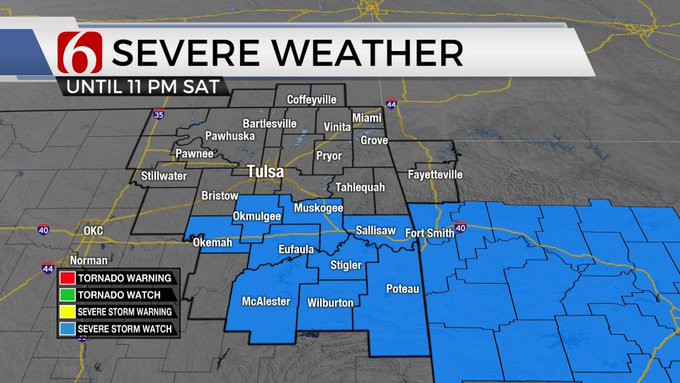 Update 10 PM: A Severe Thunderstorm Warning has been issued for Adair County until 11 p.m.

Meteorologist Travis Meyer these storms are producing some "big hail" with heavy downpours. Winds have been reported at 60 MPH with quarter-sized hail.

Stay tuned to News On 6 and and download the News On 6 app for weather updates. The severe threats will come in later tonight for parts of the state. After storm chances tonight, things start to cool down going into next week.

Chance Of Showers Expected Across The State As Temperatures Cool Down