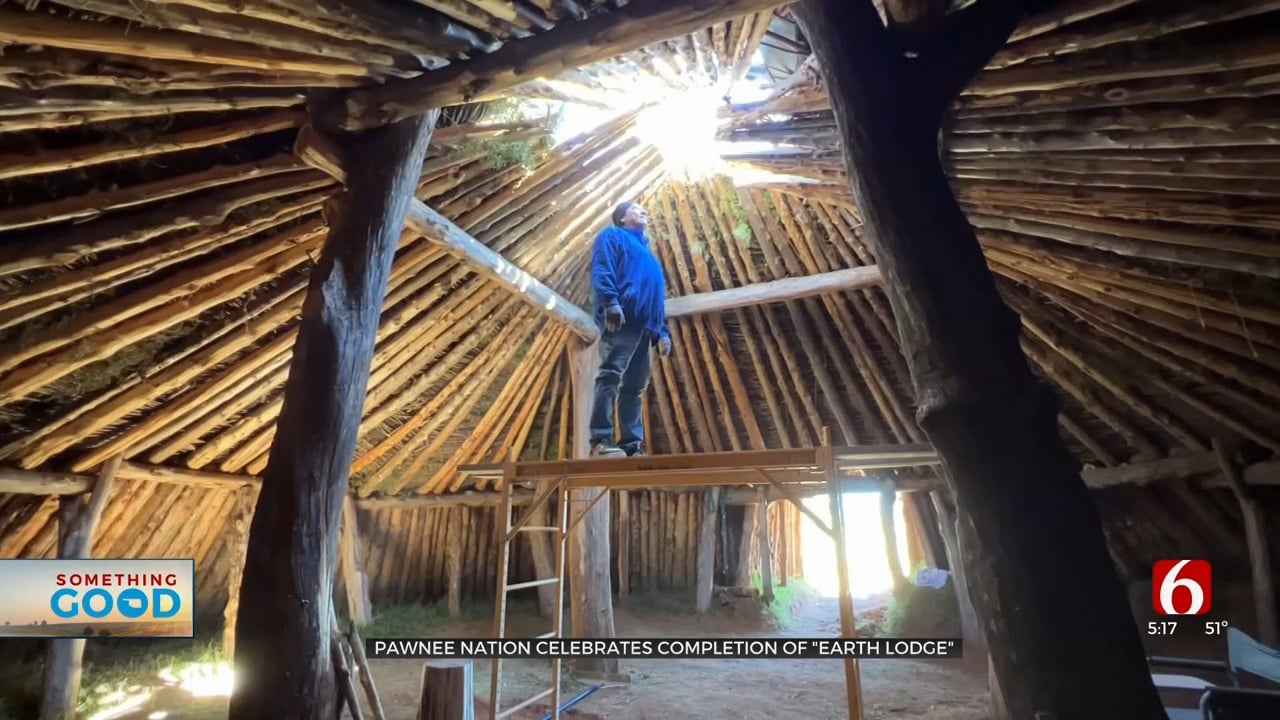 Construction is wrapping up on the project, on the grounds of the old Pawnee Boarding School.

The Pawnee Museum houses a small collection of tribal artifacts, and representations of how things used to be. But a diorama of an earth lodge, for most Pawnees, was the closest thing to seeing one.

”Only in pictures,” said Herb Adson, the Director of the Cultural Resource Division. “There's a lot of Pawnees who've never been inside one or experienced one or knew the history of how they were used.”

The lodge was built with expert guidance, and lots of volunteer labor. The building is made of cedar logs, harvested and hand scraped locally, covered in willow branches and overlaid with sod. A small opening at the top allows smoke to vent out.

The lodges were housing, and meeting places, and the tribe once had entire villages of lodges back on native land in modern day Nebraska.

Adson hopes the traditional building techniques can be learned by younger Pawnees. The tribe would like to have one for each of their four bands.

The tribe will mark the completion of the lodge with a luncheon Thursday at noon downtown, and a celebration at the lodge at tribal headquarters at Agency and Little D Street.