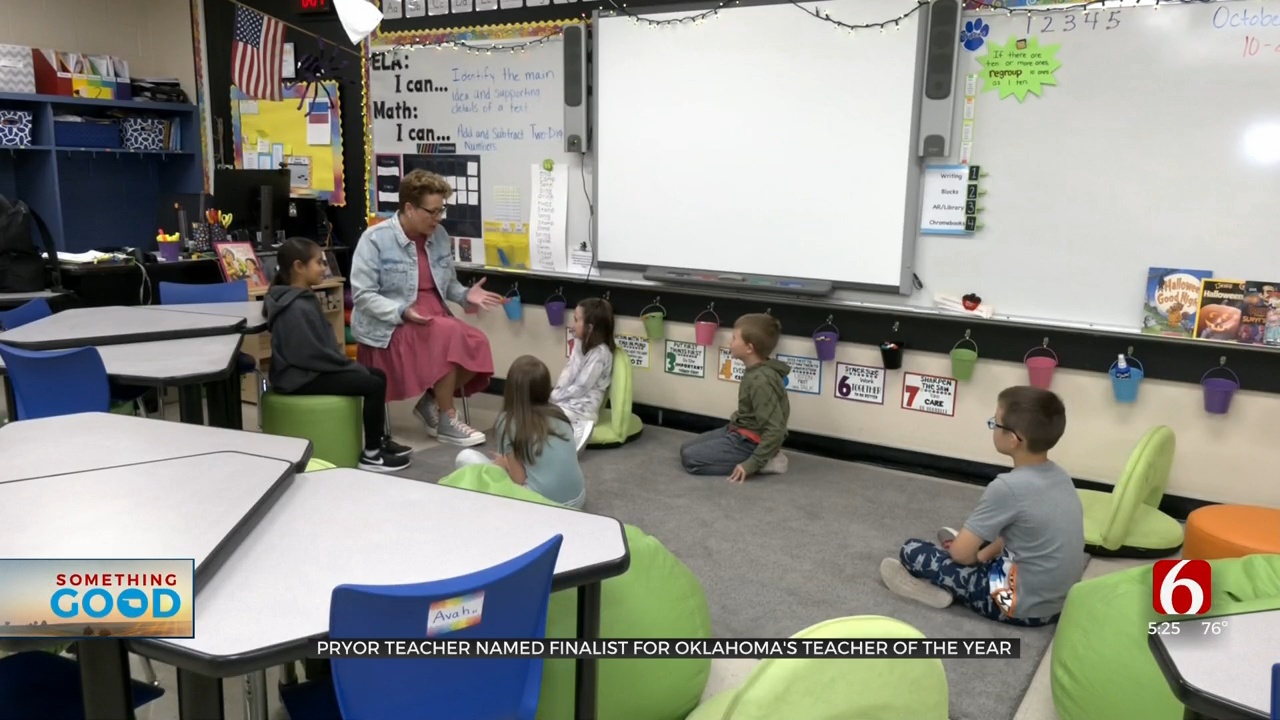 Twelve teachers were recently named finalists for Oklahoma's Teacher of the Year. One of the finalists, Julie Osburn, is a second grade teacher at Lincoln Elementary in Pryor.

Every morning as Osburn is setting up her classroom, she is greeted by her second-grade students who are excited to get to learning. It's one of the reasons Osburn continues teaching after 28 years.

“Just being around the kids and knowing that they care about you, and they want to be around you and they're excited and ready to learn, it makes it great and makes me want to be here,” Osburn said.

Osburn is representing one of the smallest school districts being considered for this award. Her co-workers think no one deserves the nomination more.

"She is here for those kids,” Melinda Thornton, Assistant Principal, said. “She is here for every single one of those kids that needs one person to believe in them and to instill that belief in themselves as well."

Students in Mrs. Osburn's classroom are learning about the elements of storytelling, and Osburn uses classics like “Charlotte's Web” and “Charlie and the Chocolate Factory” for her lessons. But she always likes to add a fun element to keep her students engaged.

"You never know what Mrs. Osburn is going to pull out of her hat of tricks or what she's going to dress up as or what's going to be happening in her classroom,” Thornton said. “I mean it is just fun and exciting and just love all the time in that room.”

Although teachers have faced many challenges over the past couple of years, Osburn believes it's given her a new purpose.

"Even though we had to go through that bad time, I think it brought something back to education because we really felt like 'yes we are needed, and the kids want to be here,’” Osburn said.

The Teacher of the Year will be announced in March.