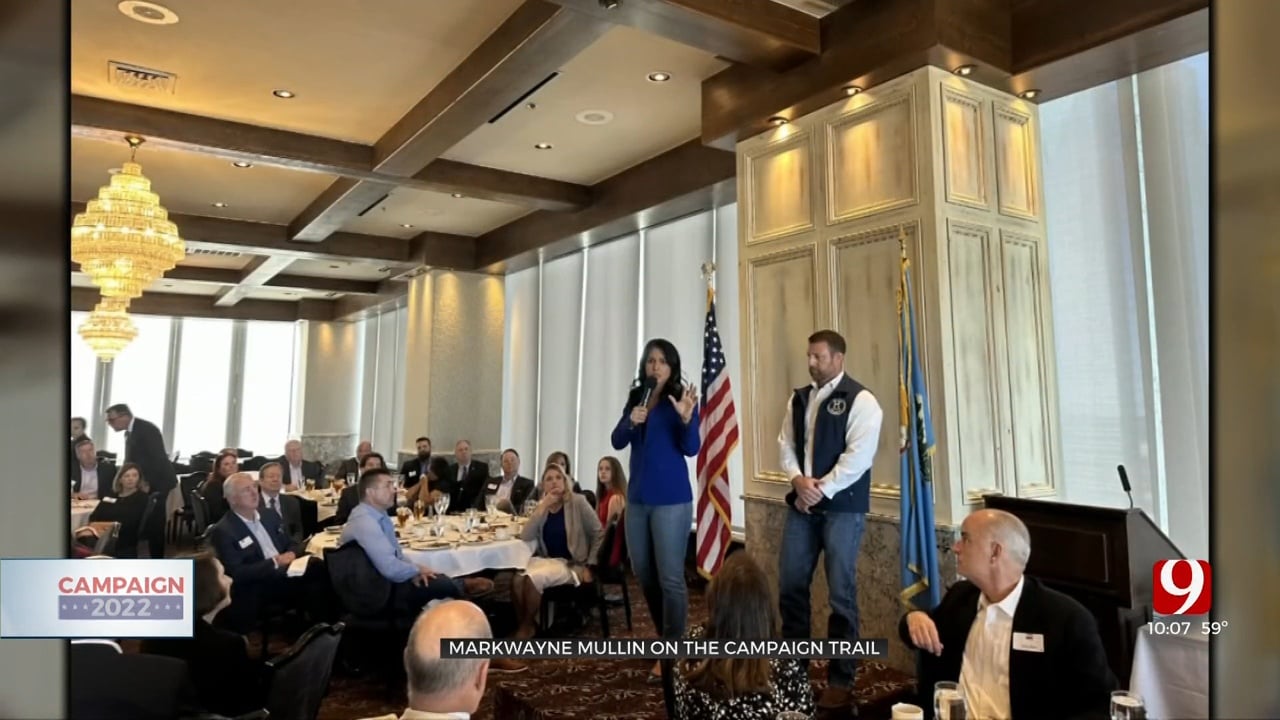 We are under two weeks away from election day and many Oklahoma candidates are making their final plea to voters.

Markwayne Mullin, the current District 2 Representative and U.S. Senate candidate traveled across the state Wednesday ahead of election day.

Former Congresswoman Tulsi Gabbard who recently left the Democratic Party was also on the ground in Oklahoma, campaigning alongside Mullin.

“I left the Democrat Party largely because they are in control of these woke, radical ideologues,” said the former congresswoman.

“You have this direction that the republican party that I feel like is moving towards is trying to bring back the size of government back down to where is reasonable and responsible, for the people by the people. When we go around and we are doing these meetings today, and we have several of them, that is going to be our message we continue to talk about,” said Mullin.

The pair spoke to more than 100 Oklahomans at a luncheon in Oklahoma City before traveling to Tulsa.

“If we want change as voters in this country we have to get out and do our part and so Markwayne and I will be going around the state today urging voters to do exactly that,” said Gabbard.

Oklahoma's Own Alex Cameron sat down with both candidates running for Senate and will have an extended report Thursday on News 9 at 10.