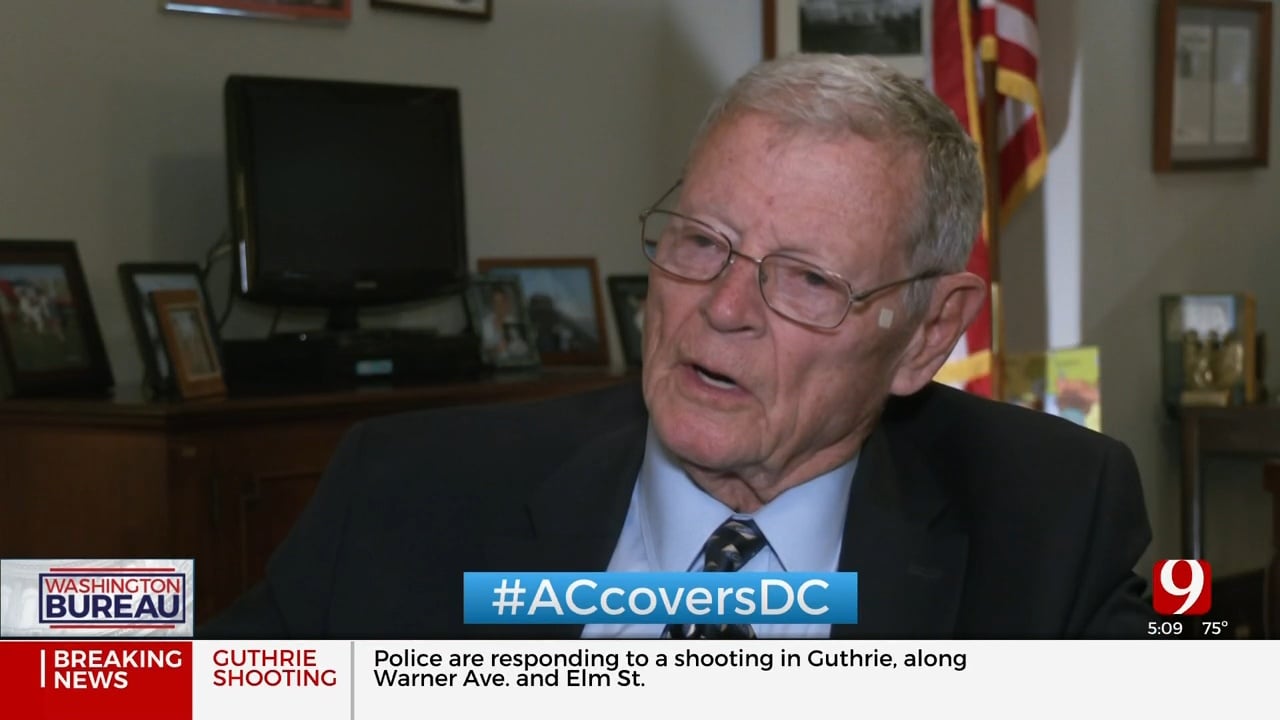 Oklahoma U.S. Senator Jim Inhofe, at almost 88 years of age, will be retiring at the end of the 117th Congress with a unique legacy of service, much of it unknown to those who live outside of Inhofe's home state.

In his 36 years in Congress — 28 in the United States Senate — Inhofe has mostly stayed out of the national spotlight, keeping his focus predominantly on non-partisan issues like infrastructure and the military. But that hasn’t been true for one issue -- what Inhofe calls the “hysteria” over climate change.

"The disaster people rejoice in talking about how the world's going to come to an end," said Senator Inhofe (R-OK) in a recent one-on-one interview.

Inhofe said such talk is nothing more than fearmongering by liberal activists who were looking for a cause to advance.

"And their favorite cause this time would be what to do with greenhouse gases and these things," Inhofe said. "But in the final analysis, they are going to be activists for liberal causes in one way or another, and that is actually what my book was all about."

Inhofe's 2012 publication, “The Greatest Hoax: How the Global Warming Conspiracy Threatens Your Future,” solidified his standing as one of the nation's most vocal critics of climate change and the science supporting it.

Then in February 2015, with Washington, D.C. blanketed in snow, Inhofe spoke on the Senate floor, appearing to make light of concerns over the fact that 2014 had been declared the warmest year on record.

"I ask the chair: You know what this is? It's a snowball, just from outside here," Sen. Inhofe stated, having pulled a large snowball from a Ziploc bag, "so, it's very, very cold out. Very unseasonable."

Critics, which included Democrats and moderate Republicans, said those who reject the notion that human-caused climate change is real -- and a real threat -- are simply ignoring clear evidence.

Some of Inhofe's harsher critics suggest his thinking has been swayed by the millions of dollars in political donations he's received from the fossil fuel industry over his career.

Inhofe absolutely denies that and said, even as his life in politics comes to an end, his view on this issue hasn't moderated.

"No, it hasn’t because climate is always changing," Inhofe said. And periods of climate change, the senator said, are normal and are not caused by humans.

There is overwhelming scientific evidence that suggests just the opposite.

"And so, you believe that the concerns about climate change are overblown?" I asked.

What’s more, as a man of strong Christian faith, Inhofe said he believes God is in control, and it is not only arrogant, but outrageous, to think that the activity of human beings could change the climate.