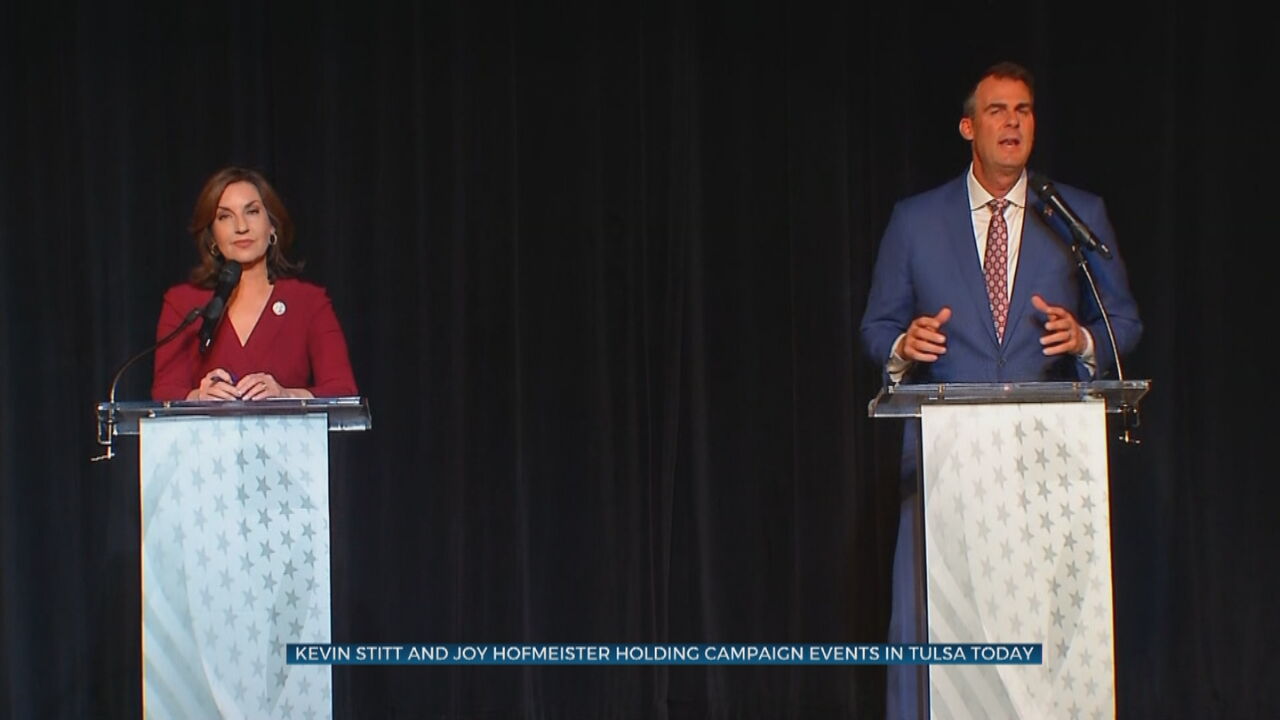 Oklahoma gubernatorial candidates Kevin Stitt and Joy Hofmeister are both campaigning in Tulsa on Wednesday, less than a week from election day.

Governor Kevin Stitt will be holding his 'Red Wave Rally' on Wednesday night at the Renaissance Hotel in Tulsa, and Joy Hofmeister will be making several stops in Green Country throughout the whole day as part of her 'Hometown Tour Bus' stops.

Hofmeister will be starting her day with a rally at Broken Arrow Veterans park at 8 a.m., then Woodward Park in Tulsa at 9:30 a.m., and then a rally for Joy at the Greenwood Cultural Center at 11 a.m.

Hofmeister will then head to Bartlesville and Jenks on Wednesday evening for two more events.

Governor Kevin Stitt's Red Wave Rally will be at 5:15 p.m. near 71st and US-169. Some of the speakers at the event include U.S. Senate Candidate Markwayne Mullin, Tulsa County Sheriff Vic Regalado and Virginia Governor Glenn Youngkin.