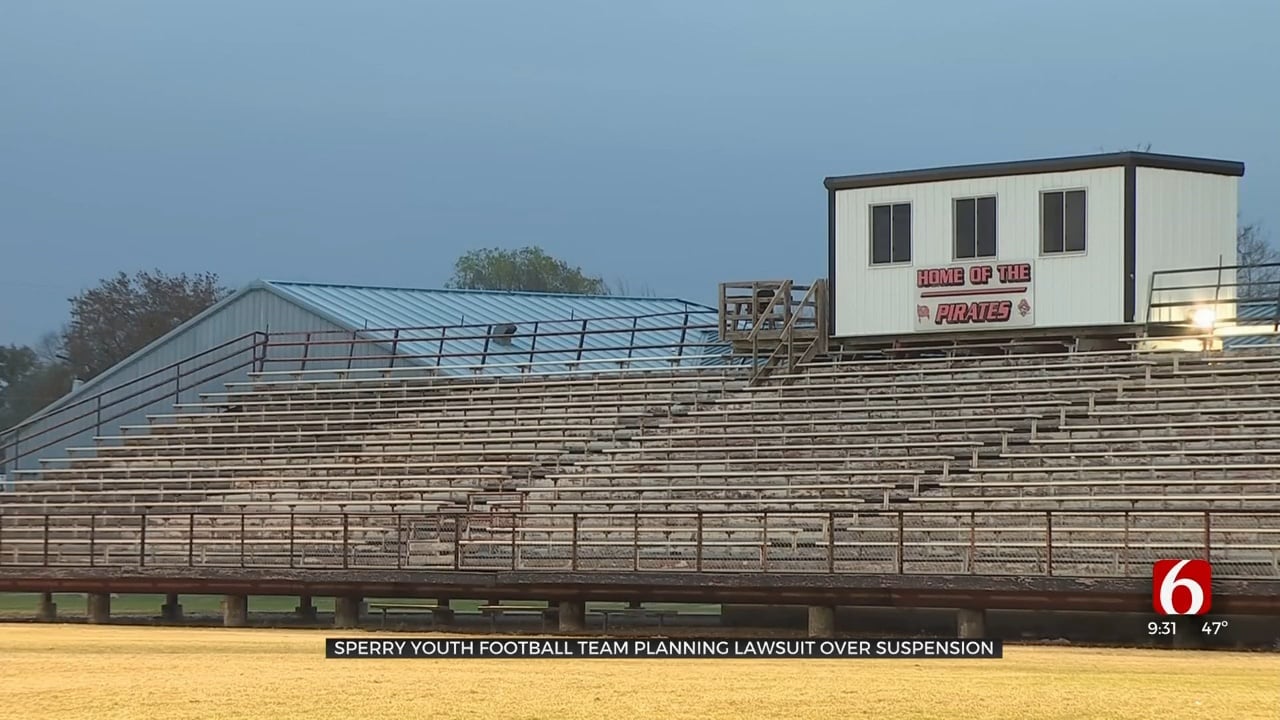 The coaches of a youth football team are pursuing legal action against their league, after their team was suspended for the rest of the season, which means they cannot compete in the playoffs.

A team from a different league is stepping up to offer one more opportunity.

Will Collier is one of the coaches for Sperry’s 5th and 6th grade youth football team, which competes in the KanOk Football League.

He said the team was undefeated and poised to compete for a championship when they received word about their suspension.

Collier said another Sperry coach attended a league opponent’s game and was caught filming, which led to the penalty. He argued that the league’s bylaws do not require the whole team to be punished.

Collier said appeals are not being heard, so they are now pursuing legal action against the league.

“Even if it was unintentional, he broke a rule and there’s consequences to that,” said Collier. “All we were asking is for the punishment to fit the crime and we got completely shut out and ignored.”

News On 6 reached out to leaders in the KanOk Football League. An official said they cannot offer any comment due to the pending litigation, but they do plan to fight back in court.

A youth team from Pryor heard about what happened and is now offering to play the Sperry kids. Pryor coach, Chris Buck, said this gives the Sperry kids a chance to play one more game.

That game will be played at Sperry High School. The game is set for Saturday at 7:30 p.m.

The Sperry Booster Club will be allowed to retain the gate fees and concessions revenue.