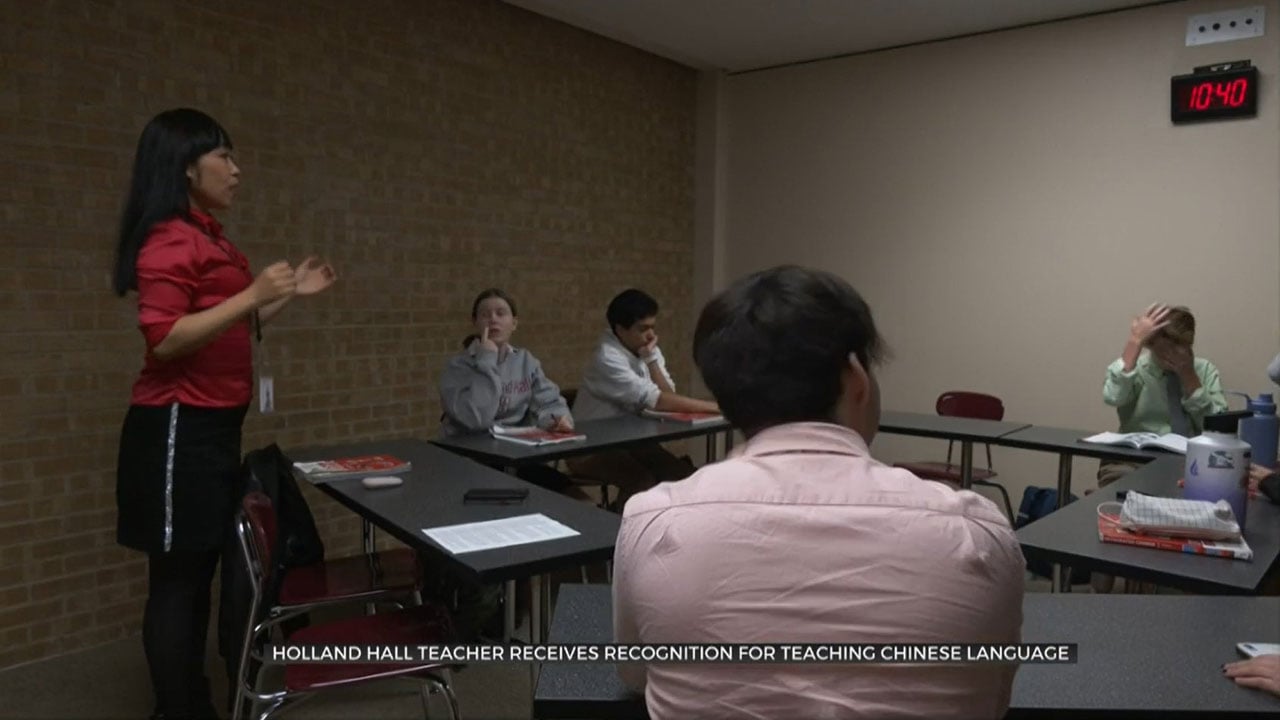 A Holland Hall teacher has been named a finalist for an award honoring teachers who teach the Chinese language in the Midwest.

Dr. Alpha Edens is one of only five finalists for the U.S. Heartland Chinese Teacher Award in the country.

"That really means a lot to me,” said Edens. “First of all, I feel so honored to be nominated to apply for this award, and I know that there are so many excellent teachers in our area."

Edens’ students said she is an amazing teacher, and not only have they learned a new language, but they have also learned about a different culture.

Her students also said that she deserves to win.

"I'm not even surprised she's getting this award,” said Zoe Abdalla, an 11th grader at Holland Hall. “She is an outstanding teacher honestly."

Abdalla said going to Dr. Edens’ class is always a highlight of her day.

Edens hopes her students will not only walk away with a greater understanding of Chinese language and culture, but also the desire to continue learning.

"The life-long learning attitude,” Edens said. “They know how to learn a language. When I teach languages I not only teach them the words, the content. I teach them how to learn in the future, even without me."

Edens believes language is important because it brings out new perspectives.

"I think that learning two, three languages will help us to see the world from different perspectives and reduce biases and the misunderstanding," Edens said. "Learning another language is not only about a language, it is a window, a door, to another world."

The winners of the award will be announced in a ceremony on Nov. 19.