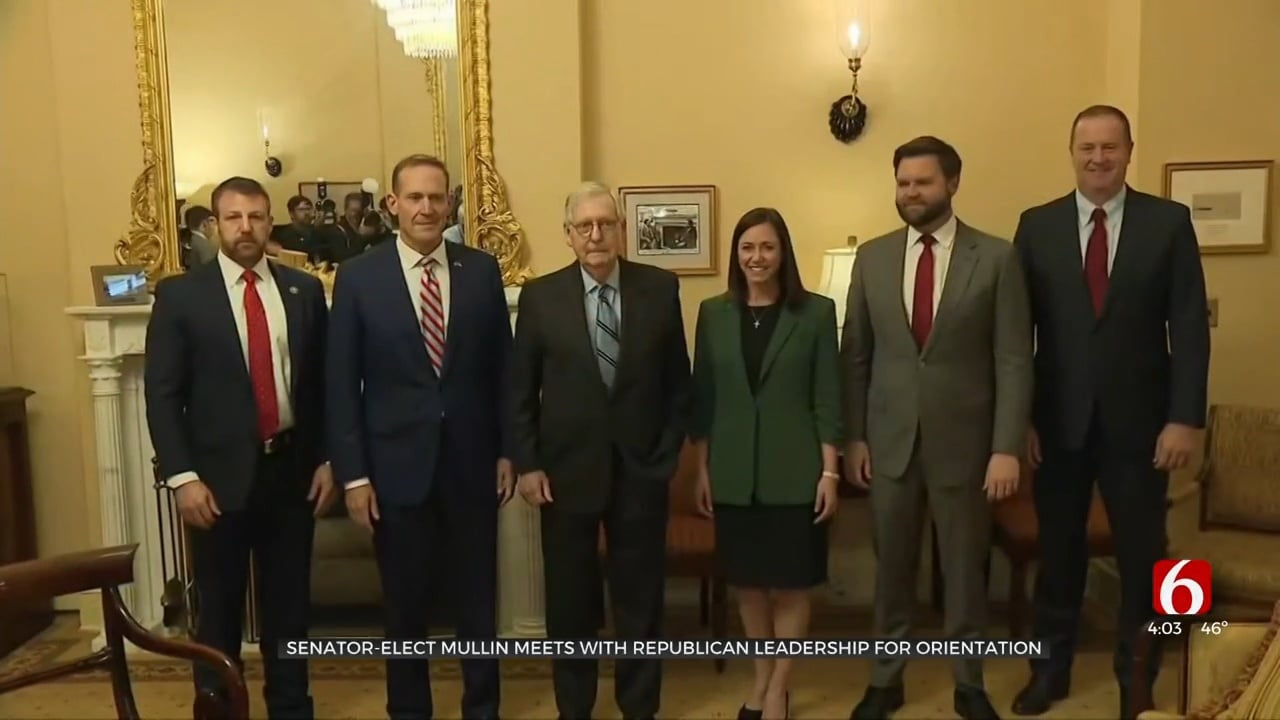 Not counting the results of the Georgia runoff election, Mullin will be the fifth new Republican senator in the next Congress.

"A former colleague, Lamar Alexander, used to say, 'it's hard to get here and hard to stay here. So while you're here, why don't you try and accomplish something?'" McConnell said.

Josh Brecheen was elected to replace Mullin in the House of Representatives and is at the capitol for orientation as well.