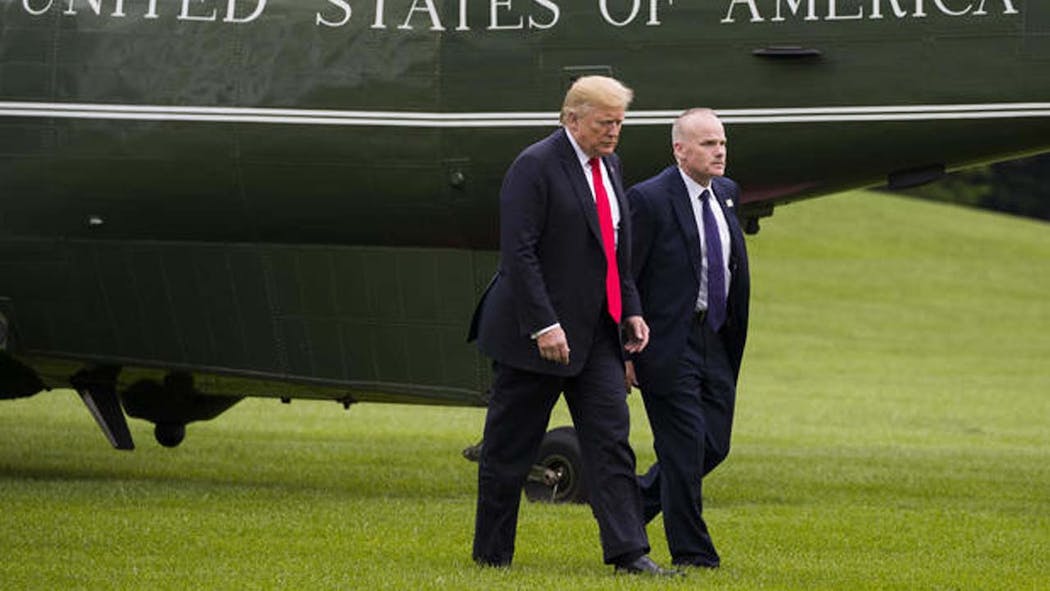 "We learned some additional information and at some point we plan to use it," Thompson told reporters about Engel's testimony. "At some point we will share it."

At a public hearing this summer, Trump White House aide Cassidy Hutchinson testified that Secret Service assistant director Anthony Ornato told her that, as the attack was playing out and Trump was being driven back to the White House, the former president said something to the effect of "I'm the effing president, take me up to the Capitol now." Hutchinson also testified Ornato said that when Trump was told he had to return to the White House, he reached up to the front of the vehicle to grab at the steering wheel, prompting Engel to grab his arm. Trump then, according to Hutchinson, used his free hand to lunge toward Engel. She said Engel was in the room when Ornato told her this and he did not dispute it.

A source close to the Secret Service confirmed to CBS News after Hutchinson's testimony that Engel and the driver were both prepared to testify under oath that neither man was physically attacked or assaulted by Trump and that the former president never lunged for the steering wheel of the vehicle. The source did not dispute that Trump demanded to be taken to the Capitol or his language.

Engel and Ornato had both already testified before the committee prior to Hutchinson's testimony, but they have since been asked to return. Ornato retired from the Secret Service in August.

Engel was also among the Secret Service officials whose phones were turned over to the Department of Homeland Security Inspector General Joseph Cuffari, as part of an investigation into missing Secret Service text messages from Jan. 5 and Jan. 6, 2021. The agents' text messages were previously subpoenaed by both the inspector general and the House select committee.

The select committee is currently wrapping up its investigation and it will issue a final report before it sunsets at the end of this year. Thompson said Thursday that the committee had "pretty much done" the first eight chapters of the final report.

The committee is not expected to continue once Republicans, many of whom opposed its creation, take control of the House in January. Three of the committee's members will also not be returning to Congress: Republican Rep. Liz Cheney was defeated in an August primary by a Trump-backed opponent, fellow Republican Rep. Adam Kinzinger opted not to run for reelection and Democratic Rep. Elaine Luria was defeated by a Republican in the general election.

Nicole Sganga contributed to this report.