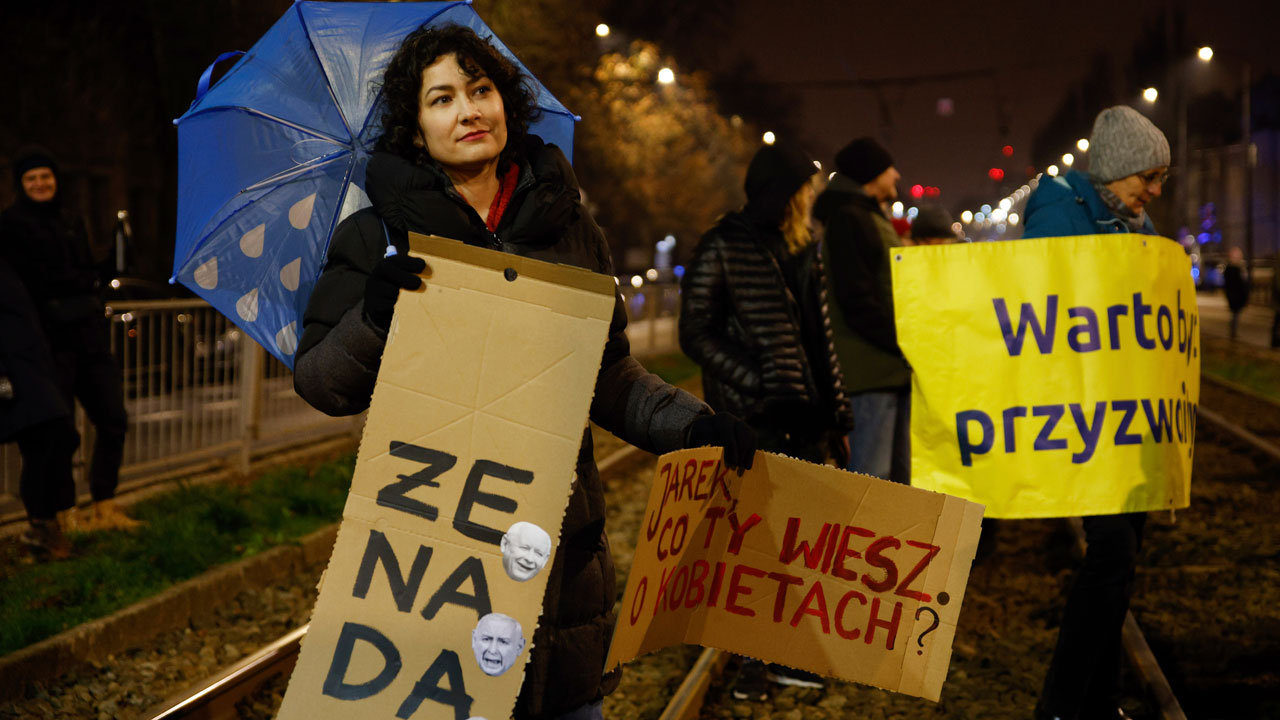 Some 300 demonstrators gathered Monday outside the house of Poland’s ruling party leader to protest what is widely seen as the erosion of women’s rights under the conservative government and a recent remark by the politician about women using alcohol.

Participants voiced anger over a near total ban on abortion pushed by Jaroslaw Kaczynski’s Law and Justice party that took effect last year, as well as policies that ended state funding of in-vitro fertilization. They also chanted slogans urging Kaczynski to leave politics.

Protester Jolanta Zjawinska, 64, said it was her “civic duty” to fight for women’s rights for her two adult daughters and for future generations.

Zjawinska, a local council member, described the situation of women in Poland as “a tragedy.”

“Theoretically, we have all the rights, but we cannot take any decisions referring to our own bodies,” she told The Associated Press. “I want Poland to be a country where everyone feels safe, where I and my daughters feel safe ... and where no one will be arranging their lives for them.”

﻿Nevertheless, turnout Monday was much lower than at some of the Women’s Strike-led demonstrations of recent years.

Critics accuse Kaczynski, a 73-year-old bachelor, of being unable to understand the reasons that make it difficult today for women to decide to have children.

Women’s Strike blames the country’s low birthrate on factors including the de facto prohibition of abortion, a lack of general access to sexual education, in vitro procedures and pre-natal care, high inflation, a housing shortage and a lack of access to day care centers.

The protest was held on a symbolic day: the 104th anniversary of Polish women winning voting rights. Poland was among the first countries to grant women the right to vote.

Kaczynski said at a news conference ahead of the protest that he didn’t understand why the protesters chose to demonstrate in front of his home “since I have always been a supporter of full equality for women.”