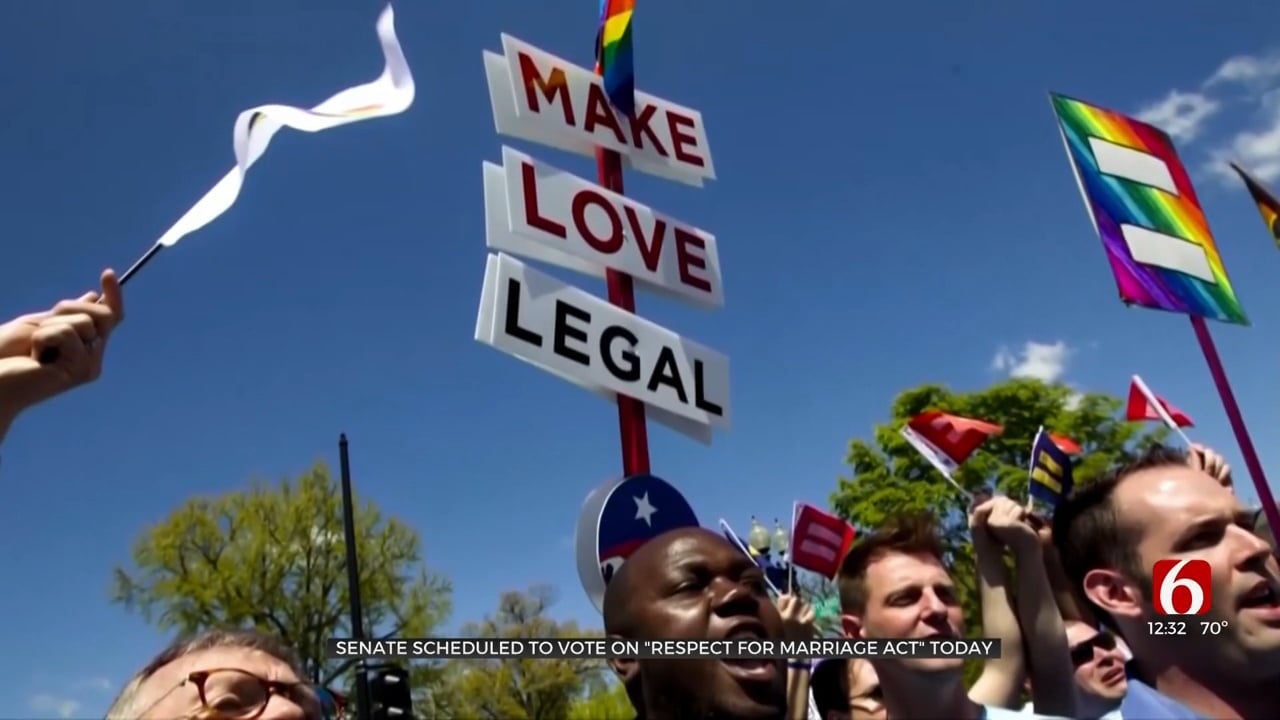 Senate Scheduled To Vote On 'Respect For Marriage Act' 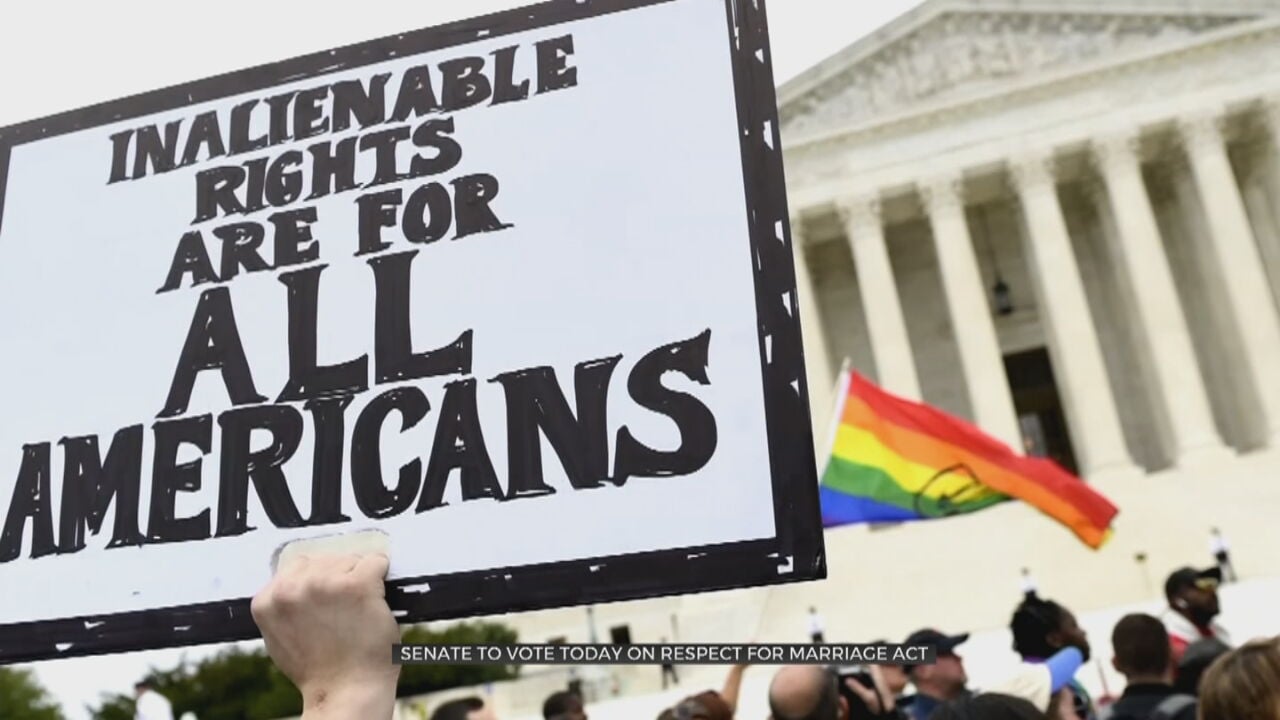 The Senate on Tuesday is set to vote on legislation that would provide federal protections for same-sex marriages, likely moving the historic measure closer to President Biden's desk for his signature in the final weeks of the Democratic-controlled Congress.

The bill, called the Respect for Marriage Act, is expected to pass the evenly divided upper chamber, as 12 Republicans have joined with Democrats in earlier procedural votes to advance the measure. The legislation garnered support from a wider margin of GOP senators after it was amended to include provisions protecting religious liberty.

Senators will first vote on several amendments before proceeding to final passage of the bill. If approved by the upper chamber, the marriage equality plan will return to the House for a vote and, if cleared by the Democratic-led chamber as expected, will then head to Mr. Biden to be signed into law. The White House supports the Respect for Marriage Act and has encouraged its passage by Congress.

Forty-seven Republicans joined Democrats this summer to pass an earlier version of the legislation.

The Respect for Marriage Act was introduced after the Supreme Court struck down Roe v. Wade in June, unraveling the constitutional right to an abortion. Concerned that other Supreme Court decisions, including those that protected the right to same-sex marriage, are in jeopardy, Democrats moved to enshrine the right to marriage equality into federal law.

The bill repeals the Clinton-era Defense of Marriage Act and safeguards interracial marriages by requiring that valid marriages are recognized regardless of "sex, race, ethnicity or national origin."

While the proposal garnered broad bipartisan support when it cleared the House in July, Senate Republicans raised concerns it would endanger religious freedom, prompting Senate Majority Leader Chuck Schumer to postpone a vote to after the midterm elections.

A bipartisan group of five senators then reached a deal on changes to the bill that would assuage Republicans' objections.

The expected passage of the bill by Congress demonstrates the significant shift in views on same-sex marriage, with support from Americans reaching a record high last year, according to a June 2021 poll from Gallup. Despite the widespread public support, 37 Republicans, including Minority Leader Mitch McConnell, opposed moving the marriage equality legislation forward.

Numerous conservative organizations also opposed the plan and called on senators to reject the bill. But the Church of Jesus Christ of Latter-day Saints came out in support of the amended bill with the religious liberty protections.