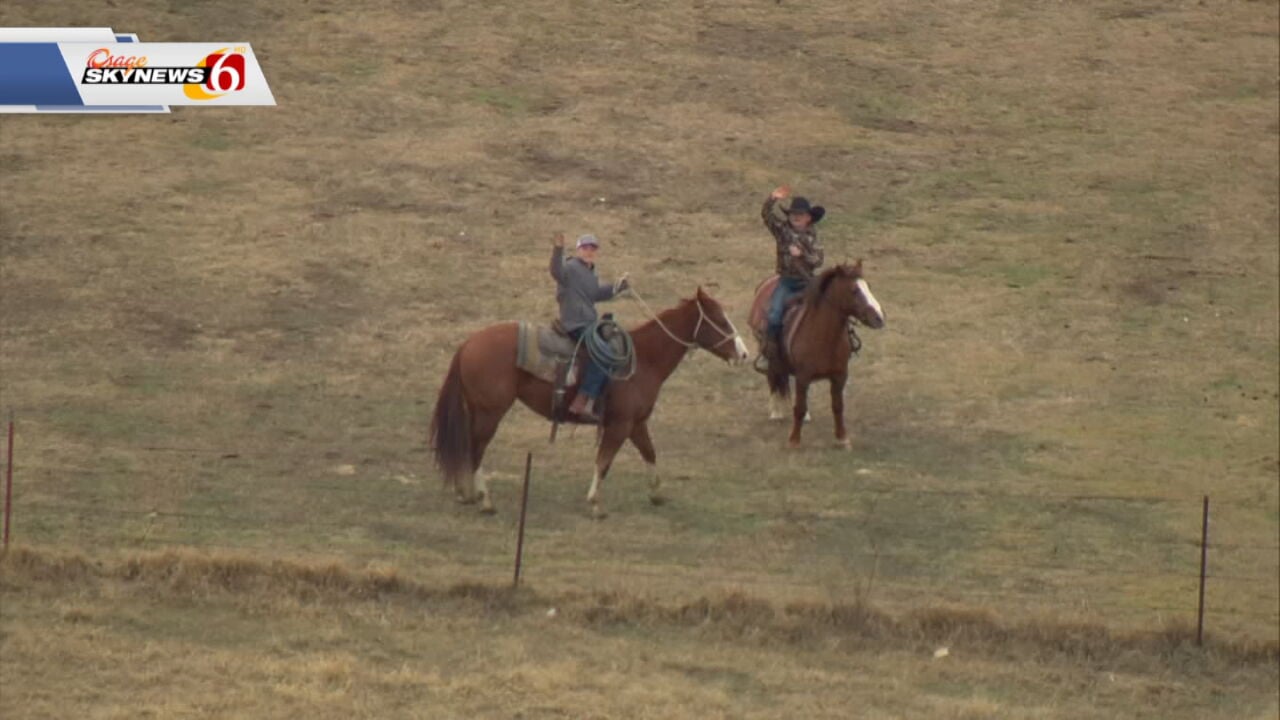 Pilot Dustin Stone and Photographer Matt Rahn never know what they will see while flying Osage SkyNews 6. They recently spotted two young cowboys out on a ride in Adair. When they posted a video on Facebook of the boys waving to the helicopter, it got over 1.5 million views, so the chopper team decided to pay the boys a visit.

Slade and Cauy meet up just about every afternoon to ride horses, and last Wednesday our news helicopter happened to fly right over their house.

“I was like, 'hey yeah the News On 6 helicopter flew by I’m pretty sure,' and so then he got on that horse and we was just kinda out here riding around, and then we seen him and then we started waving and we were like, 'woah that’s so cool,'” said Slade Davenport.

"We were just flying by, and Matt says, 'they’re waving,' and I’m like, 'what are you talking about? We’re in the middle of nowhere. Who’s waving?' He said, 'turn around,' and by that time I could see them out there on the horses."

The two cowboys said they've been riding horses since they could walk.

“Well, my mom and dad did it and so I just kind of got on and stayed on,” said Slade.

And riding is more than just fun. These best friends are also business partners.

“We buy ponies and we break them and ride them and sell them and make a little money,” said Cauy.

“Kind of got attached to that one, don’t really want to sell her,” said Slade.

He said it's not easy being a cowboy, but he wouldn’t have it any other way.

“Well you gotta be tough, and you gotta know how to ride a horse and be able to swing a rope and tie one down, mmhmm,” said Slade.

No matter the weather, Slade and Cauy saddle up to ride and practice what they love.