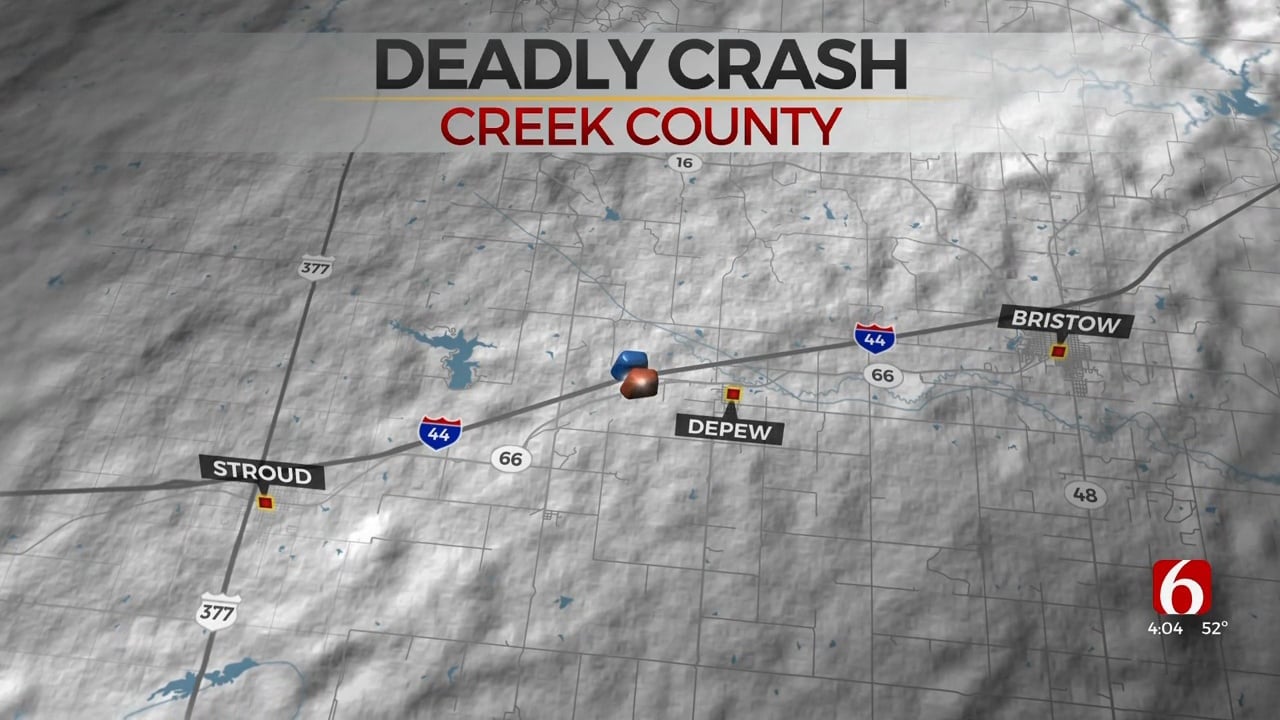 Two women are dead after an overnight crash along the Turner Turnpike in Creek County.

According to Oklahoma Highway Patrol (OHP) Troopers, the crash happened around 10:30 p.m. on Wednesday night.

Troopers say 29-year-old Sarah Ready was traveling in a 2005 Infiniti G35 with two other passengers when she "made an unsafe lane change into the inside lane." Troopers say she then attempted to make a U-turn into Westbound traffic and was struck by an oncoming Peterbilt tractor-trailer.

According to OHP, Ready and another passenger, 74-year-old Betty Turner, were both ejected from the vehicle. Ready and Turner were transported to a Tulsa Hospital to be treated for their injuries. Turner was pronounced dead by ER staff shortly after arrival and Ready died later on Thursday from her injuries. Troopers say there was one other passenger in the car who was taken to the hospital and refused treatment.

The driver and passenger in the Peterbilt tractor-trailer were both uninjured in the crash.

The medical helicopter that was called to the scene resulted in the closure of the eastbound lanes of the Turner-Turnpike just outside of Stroud. All lanes have since reopened.